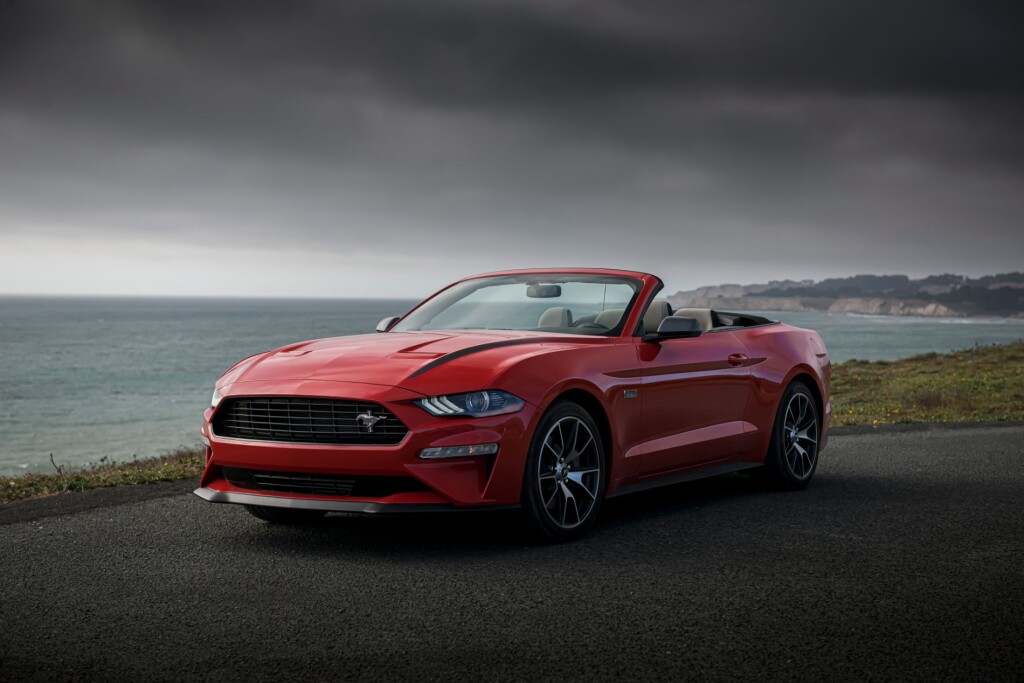 When I first started in the news business, it was at a newspaper (google it kids).  The first time I walked into a newsroom it was crowded and loud; a place that had a buzz and was shrouded in a thin blue haze of cigarette and cigar smoke.

Much like many journalists today, back in those days journalistic ethics included putting ones bias aside. Neutral corner, clean sheet of paper, just the who, what where, when, and why.

In modern journalism today we have many things that were unheard of back in those smoky days. Today there are bloggers, influencers, social media stars and the like.  Bias is very evident in a great deal of this “new” media landscape.  Yet for most of us the ability to put bias aside is still there.

There are occasions however, when even an old school guy like me, lets a bit of bias creep in.

Such as when Ford sends me a Mustang.

The Mustang is one of the most iconic vehicles in history. That they are still around and going strong is a very good thing.  That I occasionally get to spend a week with one, is another.

The last time I had a week with a Mustang it was a glorious one indeed. That was in 2018 and the Mustang was a GT; V8, manual transmission.  I got to take it to Darlington Raceway on Labor Day weekend to work the NASCAR race. It was easily one of the best weeks I have ever spent with a vehicle.

Fast forward to Labor Day weekend 2020. Ford again sent me a Mustang.  Unfortunately thanks to the pandemic there would be no trip to Darlington this time.  But, thanks to Ford I still got to spend a week with the Mustang.

The biggest differences this time were a convertible top and an engine half the size then the GT. So, would it be as much fun?

The GT I had in 2018 was the first after Ford gave the Mustang a major makeover (starting the sixth generation). For 2020 there are no major changes.  But one of the few changes for 2020 came under the hood.

You’d think a Mustang with anything less than a good old V8 under the hood would be less that thrilling. 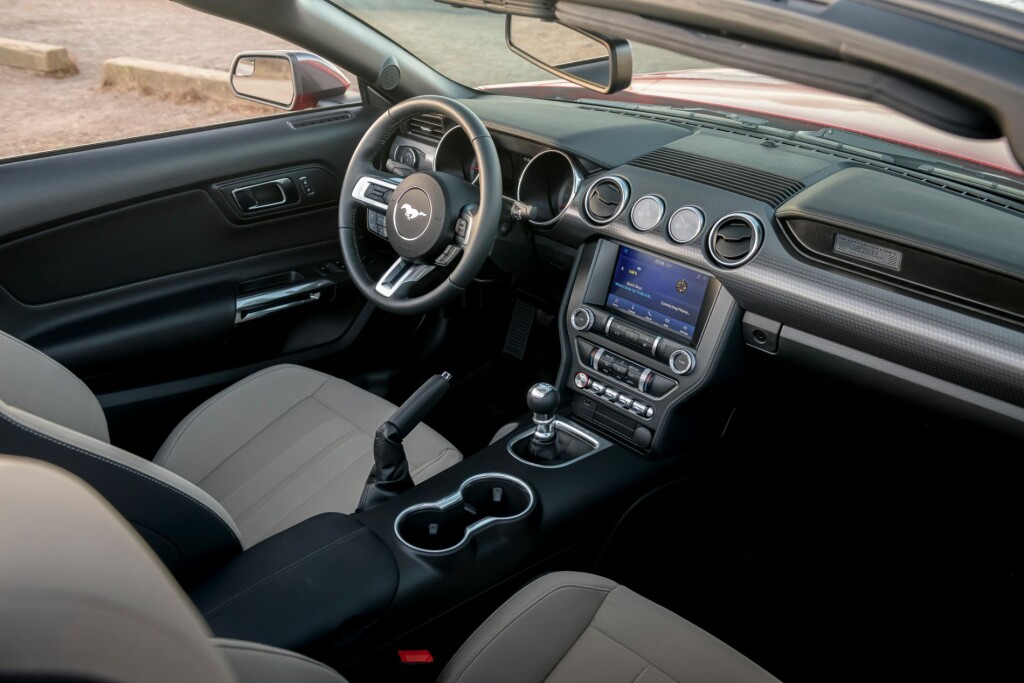 I had an EcoBoost powered 4-cylinder Mustang a year before the GT. That 2017 model had 310 horses under the hood, and I was a bit skeptical. But I was wrong. Yes, the throaty growl wasn’t there, and no explosion off the line, but the 4 banger was just fine on the road.

For this latest week I again had the 4-cylinder under the hood. But this one was a bit different.

For 2020, Ford added the High-Performance package to the EcoBoost.  There’s also an EcoBoost Handling pack, which adds MagneRide suspension, upgraded sway bars and grippier Pirelli tires. The handling upgrades are only available on the coupe, not the convertible. But with the High-Performance package the inline 4 has the horses under the hood upped to 332 while keeping the same 350 lb-ft of torque. Also new for 2020 Ford also adds to the standard equipment the FordPass Connect smartphone app and redesigned 17-inch wheels on EcoBoost models.

There’s also a 10-speed automatic as an option, but a six-speed manual transmission is standard. Other mechanical equipment includes a limited-slip rear differential, launch control (only with the manual gearbox), and an electronic line lock.

For 2020 the Mustang can be had in EcoBoost, EcoBoost Premium, GT, GT Premium and Bullitt trim levels for coupe body styles. Convertibles are available in all but the base GT and Bullitt trims.

I had the EcoBoost Premium convertible for my week. Along with the standard features of the base model like keyless entry and ignition, a 4.2-inch center display screen, a six-speaker sound system, FordPass Connect, which includes remote start, a 4G LTE Wi-Fi hotspot, and remote services that allow you to check on the vehicle from a smartphone app, the EcoBoost Premium adds 18-inch wheels, leather upholstery, revised cabin trim, power-adjustable front seats, a nine-speaker audio system, Apple CarPlay and Android Auto, and an 8-inch touchscreen with the Sync 3 infotainment system.

One of the many things I love about the Mustang is the retro designed interior that’s equipped with all the latest electronic goodies like Ford’s Sync infotainment system and adaptive cruise control.  The Carbon Sport interior package on my tester was also a nice addition.

Yes, the backseat can be a bit tight, and the trunk a bit puny, but none of that matters behind the wheel.

No, I didn’t get a chance to take it to a track, nor the infield at Darlington Raceway to do burnouts (electronically assisted which was known only to me, but which made me look like I actually knew what I was doing) but I did get to spend an enjoyable week with one of my favorite cars and try out all the Mustang has to offer.  Well, almost everything. Living in Florida among the many things you learn about (besides hurricanes, mosquitoes and hanging chads),  you learn that only tourists in convertible rental cars would dare put the top down at the end of August.  Add a black interior, which my tester had and which I loved, and putting the top down would have left me in a pile of goo somewhere alongside the highway.

But, overall, the week was as great as I knew it would be.  Ford has said the high-performance Mach 1 model will reappear for the 2021 model year. And I can’t wait.

I might be a bit biased, but if I get another Mustang around Labor Day next year, no matter which model it is I know it will be a very good week indeed. 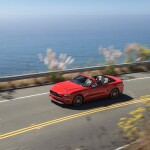 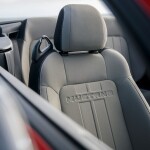 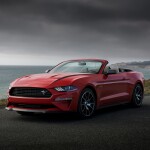 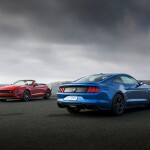 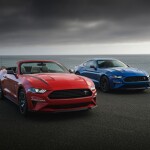 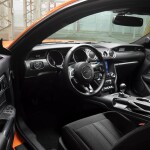 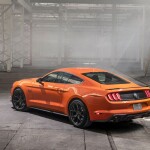 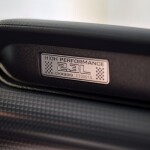 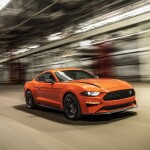 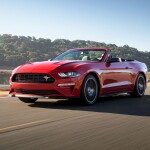 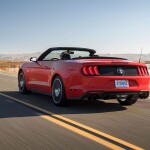 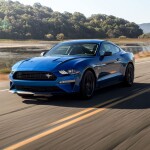 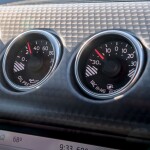 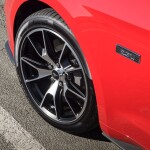 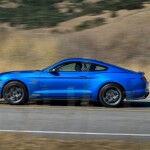 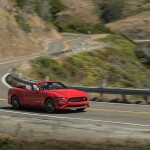 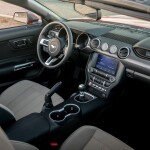 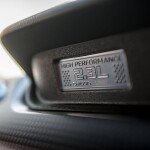 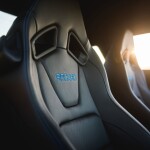 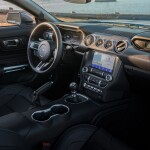