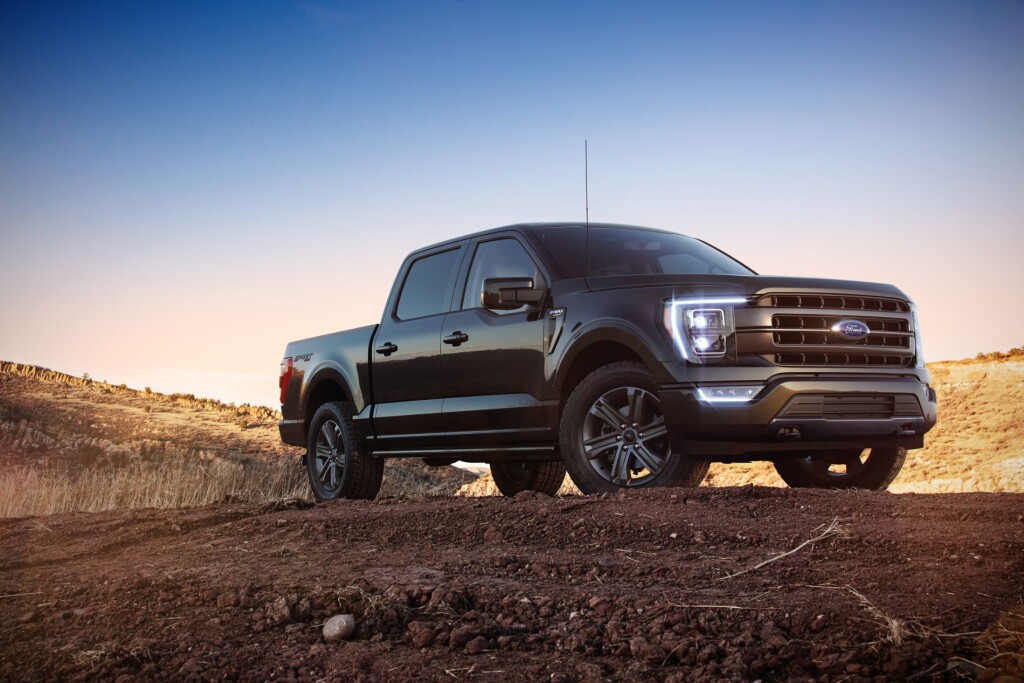 It was bound to happen sooner or later. When hybrids were first introduced to the automotive marketplace may years ago, I was not a fan. Those early models looked sort weird to me. Like designers were trying to emulate something out of the Jetsons. Not to mention how boring and anemic they drove.

In the ensuing years, decades really, hybrids, and increasingly all-electrics, have become more mainstream and for the most part better looking. There has been one segment of the market however that has seemingly been resistant to the hybrid/electric revolution. That’s those most American of vehicles, ones that ooze manliness, machoism, and run on dinosaur blood and testosterone; the almighty pickup truck (insert Bald Eagle sound here).

But the times it seems they are a changing.

I found this out recently when Ford sent me a F-150 for a recent week. Turns out they’ve redone the entire F-150 lineup for 2021 and that includes the addition of a gas-electric hybrid.

To be honest, overall, the update really didn’t make any sort of major changes to the overall look. Yes, all the body panels have been redesigned and yes, the interior got makeover, but it might still take a few looks to make out all the changes. And why would they make any sort of dramatic changes to the look? This is after all the best-selling pickup truck in the world and has been for many years. No, most of the major changes for 2021 came in the form of new gadgets like a center console that turns into a work desk, and front seats that can recline into sleeper seats, and of course the addition of a hybrid.

I, of course, was a bit skeptical about that hybrid under the hood. To me an F-150 is like the Holy Grail of American motoring and putting a hybrid in it is sort of like making Jesus get a haircut.

But as it turned out, it’s just fine. You see, the PowerBoost hybrid pairs Ford’s twin-turbocharged 3.5-liter V-6 with a 47-hp electric motor and when all is said and done that makes this the highest-output powertrain in the current F-150 lineup. ‘Surely’, I thought, ‘despite the claims, this hybrid truck will probably be apathetic on the road, soulless.’

Turns out I was wrong, so wrong. 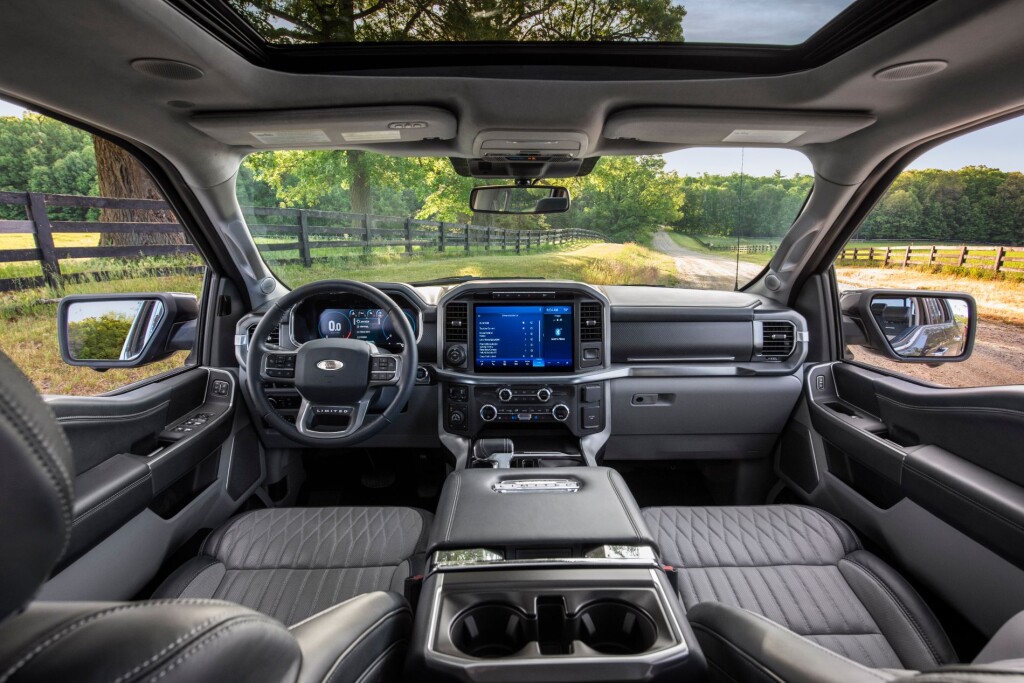 See, with any sort of pickup, it’s all about the torque. And with the hybrid the F-150 delivers 460 combined horsepower and 570 pounds of torque. Like mentioned, both of those figures lead the lineup, and the F-150 lineup as most people know is pretty big.

Taking a full-size pickup from 0-60 in 3.7 seconds is a jaw dropping experience; doing so in a hybrid is even more so.

Then I saw that Ford added something to the Platinum tester I had that was a game changer: they added a seat massager. Are you kidding me? Anyone who has read my reviews for a while, (thanks as always mom), knows that a seat massager is my absolute favorite accessory ever. And my tester had one. That meant of course that it wouldn’t matter if everything on the F-150 was terrible, with a seat massager I would be blind to anything bad; biased to a fault.

Of course, there has never been anything bad about an F-150, and that hasn’t changed.

The redesigned interior is even better than before; and the new worktable feature between the center console (you flip down the gear selector), combined with the room in the cabin really makes the F-150 a rolling office.

One of the new options is the addition of a generator. A real honest to goodness generator. It’s called the Pro Power Onboard mobile generator system. It’s offered on all the F-150 lineup, but the hybrid model gets a gets a more powerful version standard with an optional 7.2-kW system, which gets you four 120-volt outlets at 20 amps each plus a 30-amp, 240-volt NEMA L14-30R outlet. While the standard one can run a couple of outlets, the upgrade can power things like your household refrigerator. For those of us who live in Florida, having a generator is almost a necessity given that every couple of years a tropical storm knocks out our power for a few days. Having one parked in your driveway would be pretty darn cool. Why no one has thought of this before is head scratching.

The addition of a generator is max genius level. A pickup truck after all is supposed to be able to get stuff done and now that you can run your power tools from anywhere, you can get even more stuff done. There are also nice additions such as phone and tablet holders integrated within the tailgate and the bottle openers. There’s also a measuring stick molded into the tailgate.

On the road this new F-150 is a joy to drive. Yes, it’s a big truck but on the highway the adaptive cruise control and active lane centering makes it nearly hands free. You’ll really be able to do this safely when Ford’s BlueCruise software is uploaded over the air to trucks with this system installed.

I did try to run all-electric, just because, but it took a really light foot, and was only for a short distance. But with the hybrid system Ford says the overall range is over 600 miles, so it’s all about the big picture.

At the end of the week, I wondered why it has taken so long for a manufacturer to make a decent hybrid pickup. That it’s the Ford isn’t surprising. Ford says there is an all-electric version coming out, and while I would once pan such a thing, I now have little doubt that it will be a good truck. Of course, I won’t care either way if I’m sitting in the driver’s seat with the massager on. 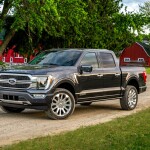 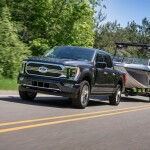 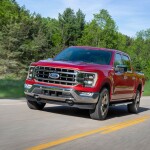 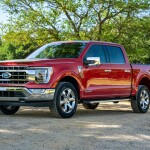 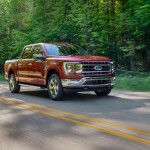 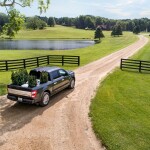 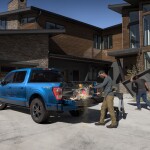 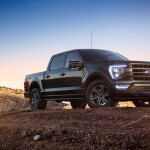 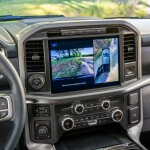 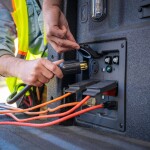 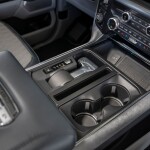 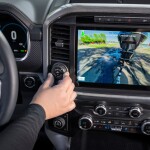 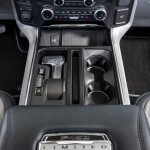 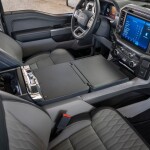 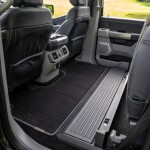 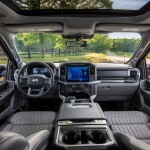 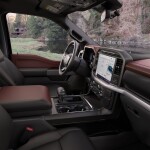 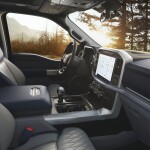 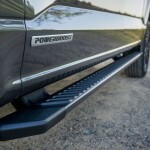