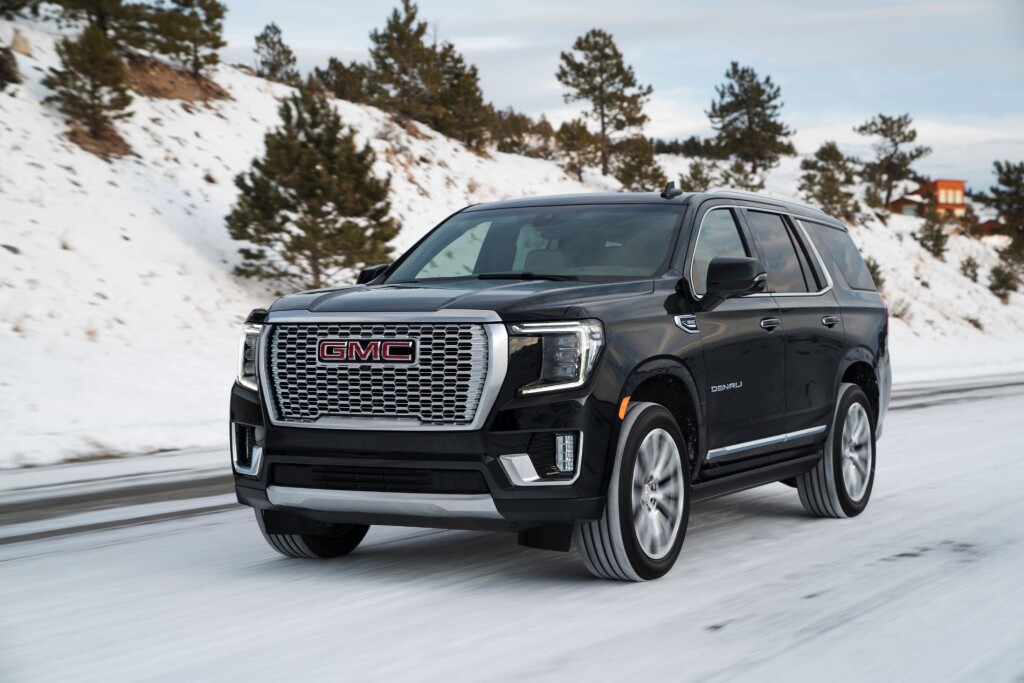 I’m an all-in-all-or-nothing type of person. “Go big or go home,” yes, I’ll super-size that please. Maybe that’s part of the reason I’ve never jumped on the SUV train. Sure, I think SUVs are a very good thing, it’s just that as the market has grown so has the entries, many trying to cater to a specific segment of the populace. This leaves us with SUVs that aren’t really SUVs and those things called “crossovers” which are really many times just a smushed up car.  Put it up a bit higher, make the stance a bit more squat and “bingo” you have a crossover.

The true SUVs seemed to have gotten lost in all this. Not all have, however. The GMC Yukon is still a big SUV in the truest sense of the word. It’s big, roomy, capable and everything an SUV was meant to be.

When SUVs weren’t really SUVs, back in the early 1990s the Yukon was known as the Jimmy, a full-sized SUV that looked like what it was; a pickup surrounded by a conventional body. The top-of-the-line Denali was introduced in 1999. It’s evolved a bit over the years, gotten a bit more refined, but for the SUV purest it remains an all-in-all-or-nothing SUV, the go-to and what SUVS were meant to be.

GMC sent me the newest version for a week. The 2021 Denali, which is still the top of the line in a lineup; a lineup that shows just how far a real SUV has come.

My last turn with the Yukon came in 2018 when I was sent the 2019 Denali XL for a week. If it isn’t obvious, I had a great week with it. A week that included a road trip. The highway is where the Yukon, and other proper SUVs shine. And for my most recent week another road trip was in order, and this latest version continued the story.

For 2021 GMC introduced the latest generation of Yukon. This new generation has grown a bit with a wheelbase that adds almost five inches, and a body that has stretched out by just over six inches. The XL adds a further 4.1 inches in wheelbase and 0.9 inch in overall length.

The 2021 Yukon can be had in SLE, SLT, AT4 and Denali variants (there is also the slightly bigger XL). You can seat up to eight passengers. Most of the line is powered by a 5.3-liter V8 with 355 horsepower and 383 lb-ft of torque. The Denali gets a 6.2-liter V8 with 420 horses and 460 lb-ft torque. Later next year there will be an optional turbocharged 3.0-liter six-cylinder diesel. No matter the engine, all use a 10-speed automatic transmission. Rear-wheel drive is standard, and four-wheel drive is optional except on the AT4, where it’s standard.

Like those in its storied past the Yukon is still a pickup based SUV, however this latest generation addresses some of the critics of those bygone times. The previous generations had a traditional solid-axle rear suspension, the newest has an independent rear suspension. 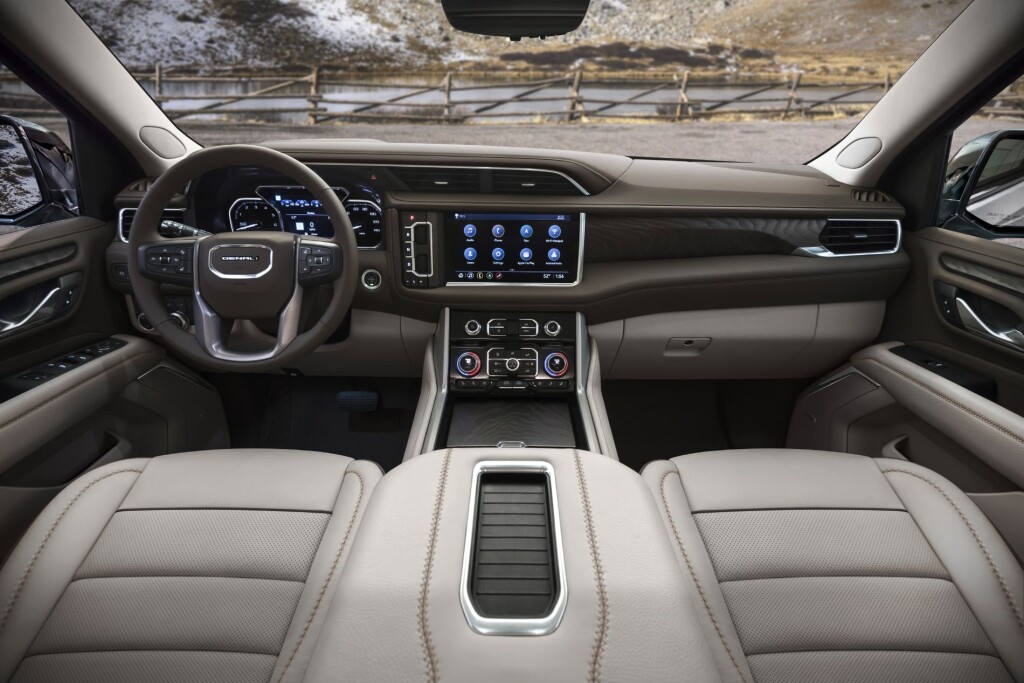 My Denali tester had the optional air-ride suspension which system provides 4 inches of ride-height adjustment allowing a switch from a low, easier passenger-access mode to an off-road mode that adds 2 inches of ground clearance over the standard ride height.

Yes, the Yukon has a new platform shared with the Chevrolet Tahoe and Suburban, but that’s where the similarities end. The biggest difference, to me at least, aside from the new look on the outside, is the upgraded interior on the inside.

The Yukon interior now looks less like a pickup; it has more class and refinement with cross-stitched baseball-glove-like leather, ash trim and a nice high-resolution infotainment display. Being the top of the lineup, the Denali looks the part. The dash has unique air vents and a smartly integrated 10.2-inch multimedia display instead of a more freestanding screen.

The main storage console between the driver and passenger seats can slide back up to 10 inches adding extra storage and there’s an additional hidden drawer underneath the console’s main storage bin.  There’s also a ton of safety features like standard automated emergency braking with forward-collision warning, optional blind-spot monitoring with rear cross-traffic alert and lane-departure warning and lane-keeping assist. The Denali also has a surround-view parking camera system that gives a top-down view, and rear pedestrian alert.

My tester also had the Ultimate Package which adds 22-inch wheels, power-retractable running boards, the new four-corner air suspension and adaptive cruise control. There is also a panoramic sunroof, 14-speaker Bose audio system, digital rearview mirror (can display an image from the rearview camera in the mirror and power-folding third row seats. And the two second row captain’s chairs (which reduce the seating choices to 7) are fronted by a pair of 12.6-inch second-row entertainment displays. Those displays can interface with the navigation system allowing a passenger to make inputs.

There is also a 15-inch-diagonal multicolor Head-Up Display which is very impressive in use.

On the road this big SUV doesn’t actually seem like a big SUV. There is plenty of power, a very nice ride, and of course a lot of room. An hour-long road trip proved what I already knew: in the world of SUVs the Denali is what an SUV should be, and I hope always will be. In short, GMC took the Yukon, which was already a very good thing, and made it even better.

So, keep your smaller SUVs, your little wimpy crossovers. I’ll be over here living large, riding in style and enjoying an SUV in the way the SUV was meant to be. 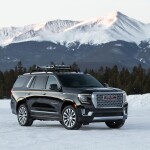 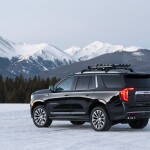 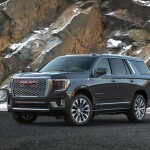 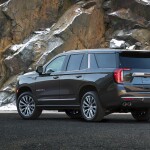 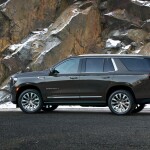 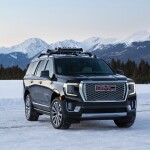 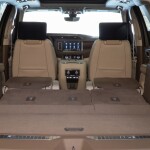 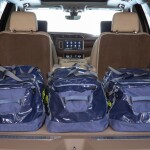 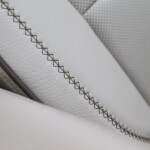 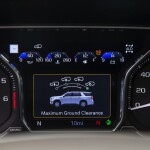 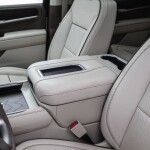 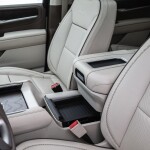 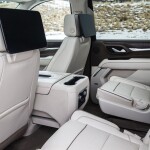 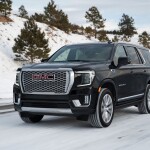 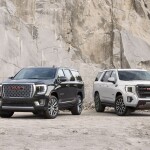 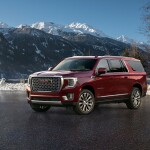 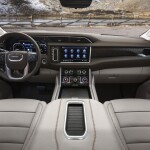 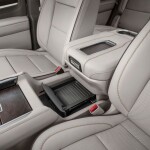 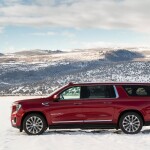 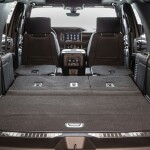 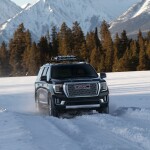 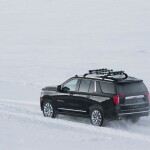