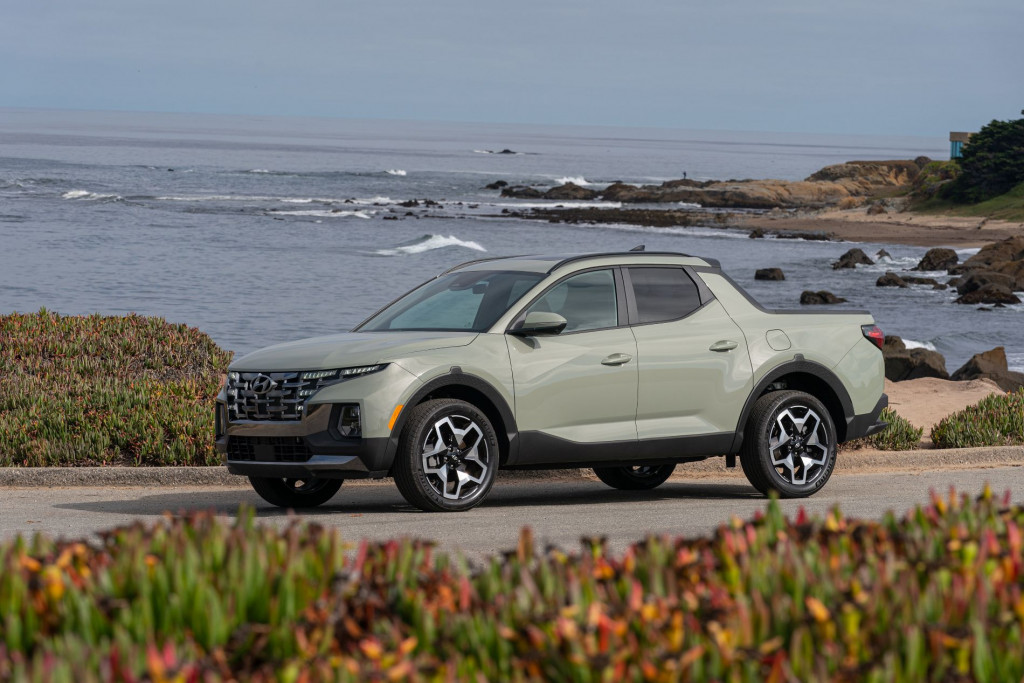 When I was a wee lad, not long out of boot camp at my first duty station, I moved off post and roomed with a guy named Brad. Brad was a few years older, and wiser, and had something I lacked at that point in my career: a car. Well, not really a car but something like a small truck from Subaru called the Brat. The Brat, or the BRAT which stood for Bi-drive Recreational All-terrain Transporter, was small, light, and being all wheel drive could go just about anywhere. I should know because despite our best efforts neither me nor Brad ever got it stuck. And believe me we tried.

I really liked that little truck. It was cool, funky, and small enough that you never really had to worry about someone bugging you to help them move; yet it was a truck, albeit small, and could do truck stuff when needed. Life eventually intervened, I got married, and Brad, along with his BRAT, went to a new duty station.

Subaru discontinued the BRAT in the mid-1980s, and I completely forgot about it. That is until recently when Hyundai sent me their latest entry into the small truck market, the Santa Cruz.

The Santa Cruz is unlike anything I’ve seen since, well, since the BRAT. That’s because there’s not been a small truck that doesn’t look like other small trucks since that famed Subaru of long ago. It’s unibody construction sort of like the unibody Honda Ridgeline, but the Santa Cruz looks nothing like the larger, much boxier Ridgeline. Or anything else in its class for that matter.

The Santa Cruz is new for 2022 and was first revealed as a concept at the Detroit Auto Show in 2015.

Under the hood the Santa Cruz gets a 2.5-liter four-cylinder with 191 horsepower and 181 pound-feet of torque; the upper trims get a turbocharged 2.5-liter four with 281 horses and 311 pound-feet. Both engines mate to eight-speed automatics, but the turbo option partners with the dual-clutch variety. All-wheel drive is also offered with both four-cylinder engines.

The SEL Premium has the features that are optional on the SEL, and adds turbocharged engine, all-wheel drive, LED headlights, dual-zone automatic climate control, and a leather-wrapped steering wheel. 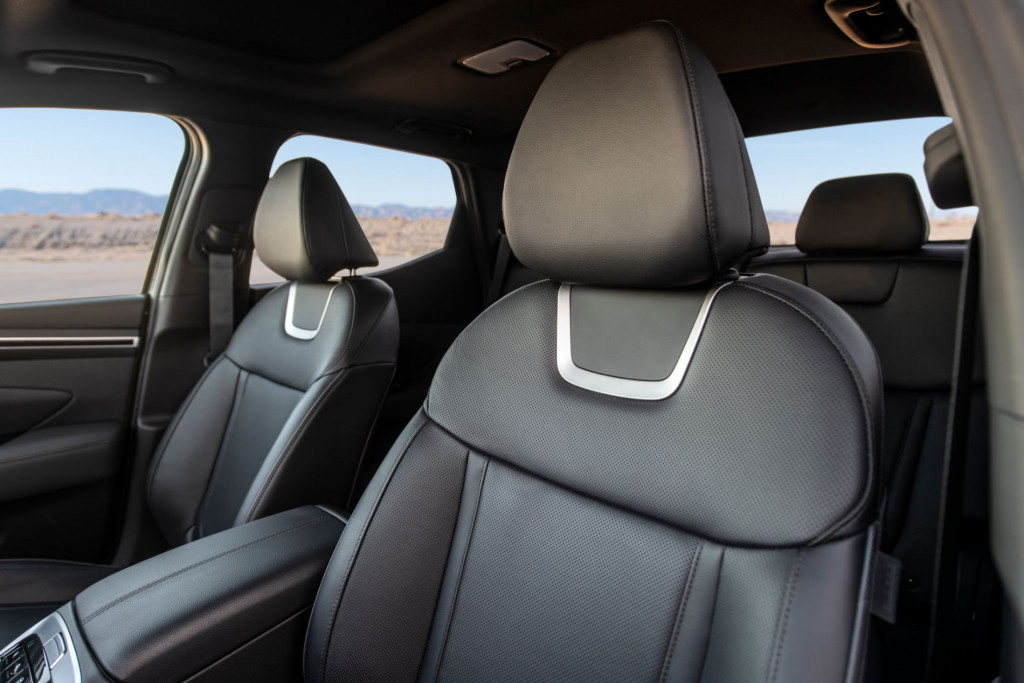 My tester for the week was the Limited which is loaded with everything else on the lower trims plus leather upholstery, rear-seat USB ports, ventilated front seats, 10.25-inch touchscreen, a navigation system, a Bose premium sound system, adaptive cruise control and a 360-degree camera system.

I didn’t get a chance to do any sort of pre-look at the Santa Cruz, so the first time I saw it was when it was in my driveway. All I could think was “wow” and smile. Up front there’s a good looking 4-passenger crew cab with sweeping lines and an aggressive looking front end (I learned when the sun went down that the aggressive front end has hidden lighting that can only be seen when they are on) and the 20-inch alloy wheels give a hint that the Santa Cruz ain’t afraid to play in the mud.

It looks like someone tried to make a small crossover, got bored (as most small crossovers are these days), and just decided to put a box in the vehicle’s butt.

And I loved it.

It got even better when I first slipped into the cabin. That’s because as small as it might look on the outside, the interior is very spacious. And it’s not like a truck. There are no oversized knobs, clunkily shifter on the center console, or weird sort of gadgets. All-in-all the interior looks classy, modern, almost elegant; nothing like a truck, nothing at all. On the road it doesn’t drive like one either. It’s more like a more traditional car. The turbocharged 2.5 gave me plenty of power, and those 20-inch tires stuck to the road. My only regret was I didn’t get a chance to go off road, though there is little doubt that the Santa Cruz would have done just fine.

When Subaru discontinued the BRAT, there was something missing in the market. A small sort of pickup truck that looked cool, funky and could go just about anywhere.

Welp, Hyundai has stepped up to fill that long empty space. With the Santa Cruz they’ve done so in a big way.

Something I rarely say about any new vehicle I won’t hesitate to say about this new Santa Cruz, it’s brilliant; I hope it’s successful and is around for many years to come.

I wonder what ever happened to Brad. 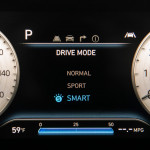 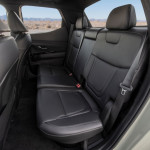 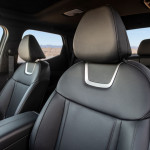 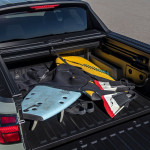 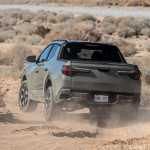 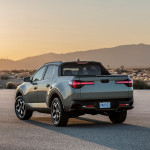 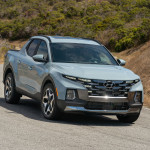 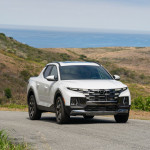 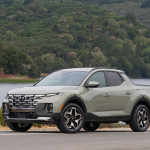 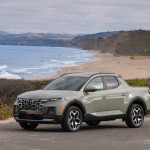 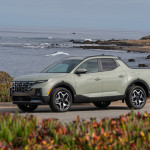 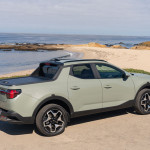 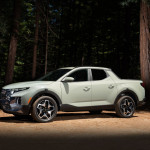