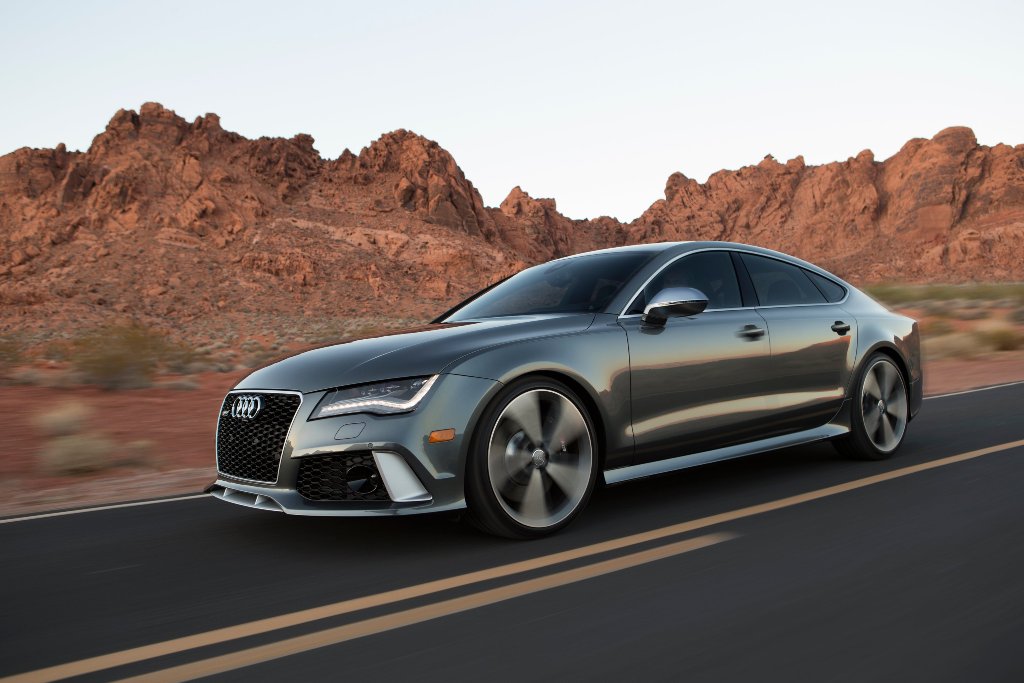 There are few things more invigorating for a car guy then driving a supercar. It can be made even more special when said car guy gets a chance to drive a supercar on public roads, alone, as a daily driver, for a week. It’s never happened to us, however we recently came pretty darn close.

When told we would be getting an Audi RS 7 we didn’t quite know what to expect. We have driven other Audis, and liked them. Yet this was a very different animal. The 560 horsepower and 516 lb-ft torque we read about was just a hint of the fun to come. The RS 7 replaced the Alfa-Romeo 4C a car that was as close to driving a mini-Ferrari, or other supercar, on the streets as we thought we would ever get.

Introduced in 2013, Audi released the RS7 (the Renn Sport is literally translated as “racing sport”) to compete with the likes of the BMW M4 and the Mercedes-AMG line. For 2015 the entire line gets a slight refresh and the RS7 is no different. There are smoother LED headlights up front, new taillights at the back, and the grill got a trim. The RS7 also offers an available Carbon package with carbon splitter and diffusor, as well as a Dynamic package that features dynamic steering, DRC suspension system, red brake calipers at front and rear, and a sport exhaust system with black outlets. 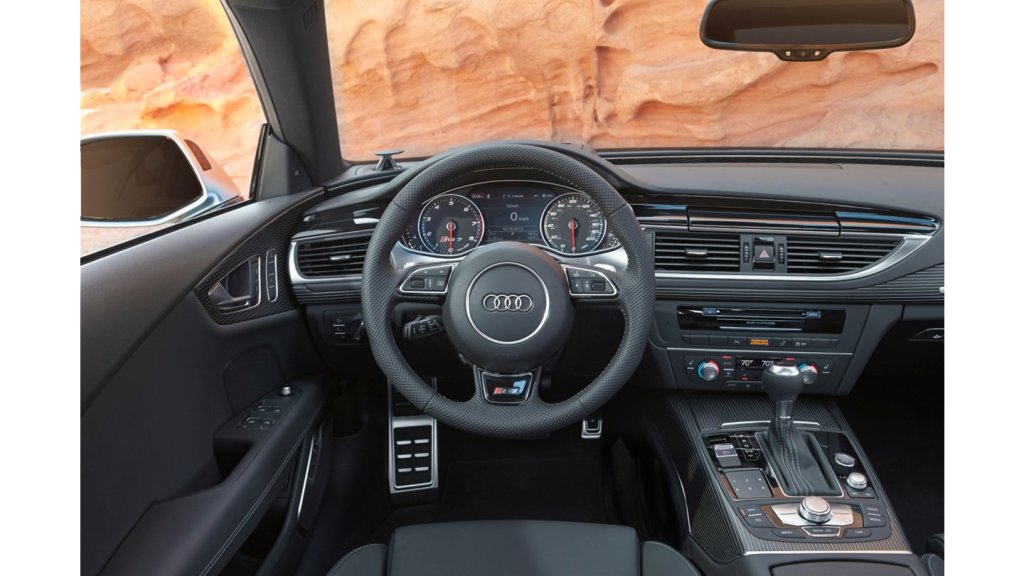 Overall, the refresh has changed very little and that’s a very good thing; because even standing still the RS7 looks like a very good thing. That story continues inside as well. The RS7 has several specific features on the inside such as a black instrument cluster with red needles and RS7 emblem, a three-spoke perforated multifunction sport steering wheel Aluminum pedals and footrest, along with an RS specific shift knob and RS specific interior door handles.

The 12 way power adjustable sport seats with a unique honeycomb seating design are inviting and adjustable to any driver. There have been a few modifications to the gauges, the vent airflow controls and paddle shifters, but the biggest upgrade is to the infotainment system. The infotainment display, which neatly and automatically stores in the dash, uses Audi’s Connect system, which in addition to sat-nav, satellite and HD radio, offers in-vehicle Wi-Fi for up to eight passenger devices, Google Earth Mapping and real-time access to information. There is also a Heads Up Display.

It’s worth a mention here that seeing the sat-nav overlaid with a Google Earth shot as you zip along is something we’d never seen and one of the coolest views going. The system is controlled via a knob in the lower part of the center console, and although it does take some getting used to, is no better or worse to use then similar controls on other cars we’ve tested.

Firing up the engine is smile inducing. After all the 4.0 turbocharged V8 has those 560 horses at your beckon and call and the 516 lb-ft torque is ready to respond through the 8-speed Triptronic transmission.

In contrast to the 4C which was a loud, in your face, rocket with very little comfort; the RS7 is like night and day. The 4C had no muffler, making it tough to sneak home late at night; the RS7 is as quiet as nun in a rectory, that is until you decide to accelerate with any amount of motivation after adjusting the driving mode( there are four and an individual mode). In dynamic mode the RS7 sounds like a snarling monster under spirited acceleration. At first it seems that this car shouldn’t be going as fast as it does; we did 0-60 in 3.7 seconds (!?), we did it again, and again we did 0-60 in 3.7 seconds (The Alfa did 0-60 in 4.1 seconds, the BMW M4 we had recently did 4.0 seconds). The only faster car that we have had in our hands recently was the Mercedes E63 wagon that launched us from 0-60 in 3.5 seconds. The E63 has a 5.5-liter twin-turbo V-8 engine under the hood. An engine that delivers 577 hp and 590 lb-ft of torque. 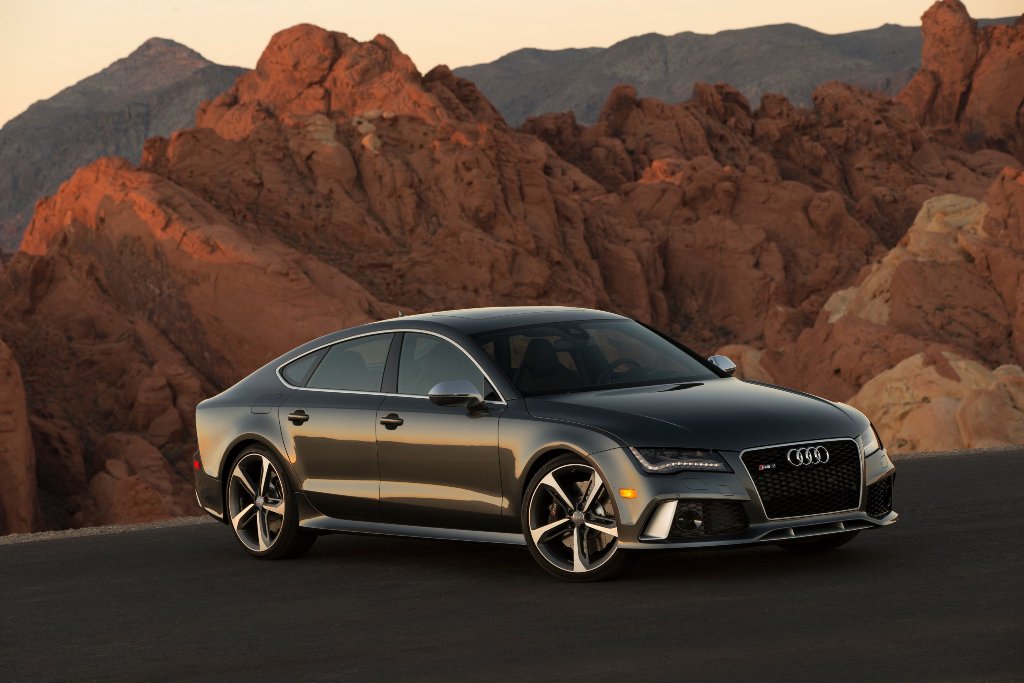 With an active rear differential and a variable-torque-splitting quattro all-wheel drive, aggressive cornering is laughable, as if someone was saying “Is that all you got?” Indeed the more we drove the RS7 the more we felt like it was cavernous four passenger supercar. It’s a rocketship that will deliver you to a destination and make you want to take the long way getting there. The Alfa was good, as was the M4, but this, this is different. The M4 does have a smaller powerplant, and its interior feels a bit more cramped. The 4C is a blast, but has no interior room, very little comfort and isn’t practical for everyday use. The E63 wagon comes close, but while it rivals the performance of the RS7 the look of a Mercedes station wagon is polarizing, something you either love or hate. The RS7 looks more like the sedan it is.

One last surprise awaited us. The RS7 doesn’t have a traditional trunk. That’s because this is a hatchback, although it doesn’t look like one. With this feature though you can put another check in the practicality column.

The feeling we were left with at the end of the week was that RS7 seems more like a supercar than a performance sedan. The power is awe-inspiring, the performance on the road leaves a smile on your face and the look is sleek, racy and head turning. Of course this isn’t a supercar, you actually have room to move around, can go up the driveway without worrying about scraping the frontend and your insurance premiums are actually affordable. It’s far more practical than a real supercar, yet on those occasions when you want, you can turn the monster loose and just like a supercar, have a hell of a lot of fun. 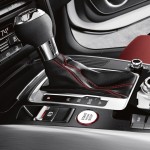 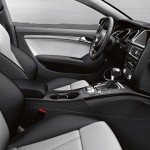 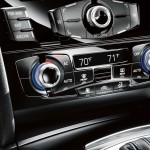 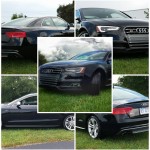 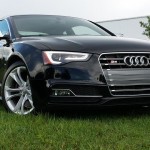 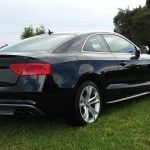 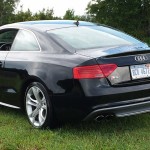 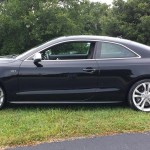 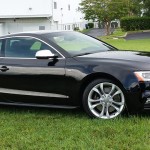 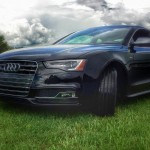