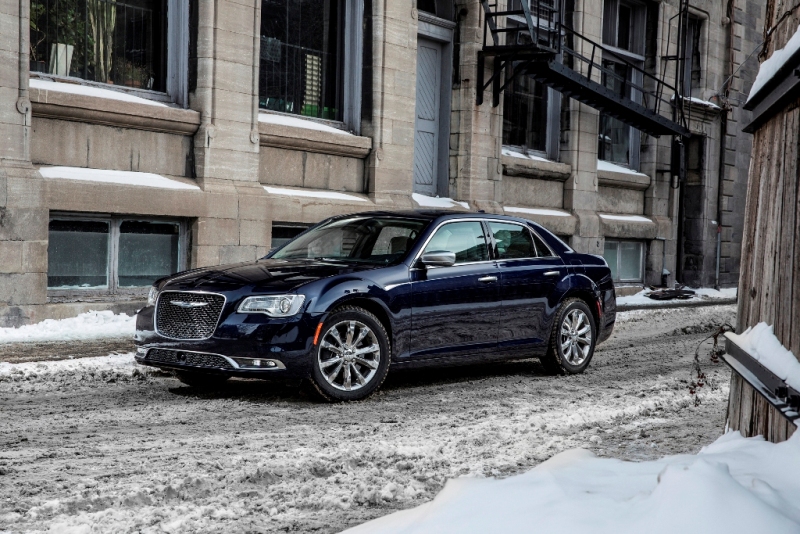 In the Back to the Future movie franchise,  Marty McFly is able to visit a time when things were much different than his day. The date he came to in the second movie, October 21, 2015 has come and will soon go and while things have changed there are some things that sill remain the same.  Computers have indeed changed our lives, and although there are a few prototypes, skateboards still can’t hover.

There is sort of a connection to this iconic film series however.   Yes the Cubs are in the pennant race and, well, could go all the way, but the first Back to the Future was filmed (they still used that sort of thing in 1984) when the era of the big cars that prowled the roads was coming to an end.

Back in 1985 when the first film was released the top selling sedans had names such as Caviler, Escort, Celebrity and Ciera.  Big cars could still be had, but smaller was better.  The days of the Big Three were waning, and the future itself for American automakers was an uncertain one.

Today smaller is still the norm, and hybrids are fast becoming commonplace.

Today, big cars can still be had, and for those of us old enough to remember what once was, we are glad for it. We recently spent a week with one of these big sedans, the 2015 Chrysler 300C Platinum and not only was it love at first sight, it was a love that only grew the more we drove it.

The Chrysler 300 has been around in some form since 1962 reemerging in 2004 to become a sedan with an iconic design featuring a large grille, long hood and low roofline.  Now in its second generation the 300C received a bit of a refresh for 2014.

For 2015, the Chrysler 300 gets some new lines and a bit more style, along with upgraded safety tech and connectivity and an eight-speed automatic transmission. The SRT8 model is gone and you can no longer have the 5.7-liter V8 paired with the all-wheel drive variant.

The 300S adds 8 horsepower and 4 pound-feet of torque for the standard V6 engine, 20-inch alloy wheels up from 17, with performance tires (19s on the All Wheel Drive variant).  The suspension has a “performance” tuning, dual sport exhaust, a Sport mode and shift paddles.  There is also remote start, fog lights, front bucket sport seats, rearview camera and a 10-speaker Beats Audio sound system.

The 300C Platinum, the model we had for our week, has more chrome, heated and cooled front cupholders (that were tested and kept our morning coffee quite toasty on our daily 20 mile commute), power-adjustable pedals, and a suspension tuned for “touring” all atop 20-inch alloy wheels. Our model  also had options available on all models. The SafetyTec 1 package adds front and rear parking sensors, blind-spot monitoring and rear cross-traffic detection. The SafetyTec 2 package is available on all models above the base 300 Limited. With it you get automatic windshield wipers, a lane-departure warning system, lane-keeping assist, automatic high-beam control, adaptive cruise control and a forward collision warning and mitigation system.

Other option highlights include xenon headlights, a panoramic sunroof and a 19-speaker Harman Kardon sound system; all of which we had on our tester.

The standard powerplant for the 300 is a 3.6-liter V6 that produces 292 hp and 260 lb-ft of torque. The upgraded 300S engine has some minor modifications including a sport tuned exhaust that put out a bit more horses. The engine is mated to an eight-speed automatic, which is standard, as is rear-wheel drive. All-wheel drive is optional and what we had on our model for the week. For several thousand dollars, the V6 can be upgraded to a 363-hp V8 Hemi, but only for the rear wheel drive models.

The exterior styling of the 300 has always been a personal favorite and this latest version does not disappoint. The low roof, long hood and large grill are there and give the 300 its iconic and stand out look. Our interior has light, linen, leather with indigo accents and trim that if not wood, certainly looked just like it. The cabin is roomy, inviting and the UConnect accessed through the large easy to reach touch screen is responsive and a breeze to learn.  New for this year is a full color 7.0-inch driver-information display situated between the tach and speedometer. A welcome addition that.

Sitting still is only half the story. On the road our 300C was pure driving nirvana.  There is more than enough power from the V6 and the transmission responds perfectly. Under heavy acceleration and cornering the large sedan responds effortlessly while inside the cabin the exterior noise it virtually non-existent save for a satisfying growl.

We didn’t like this car, we loved it. Especially looking at the price. Our top of the line 300C Platinum AWD topped out with an MSRP of $50,175. That’s quite a bargain considering everything that’s packed into this very capable machine.   After our week we knew a couple of things. The Big Three automakers can still churn out a great car, the 300C Platinum is our favorite car of 2015 to date, and cars still can’t fly.  Although we do secretly hope the Cubs go all the way.