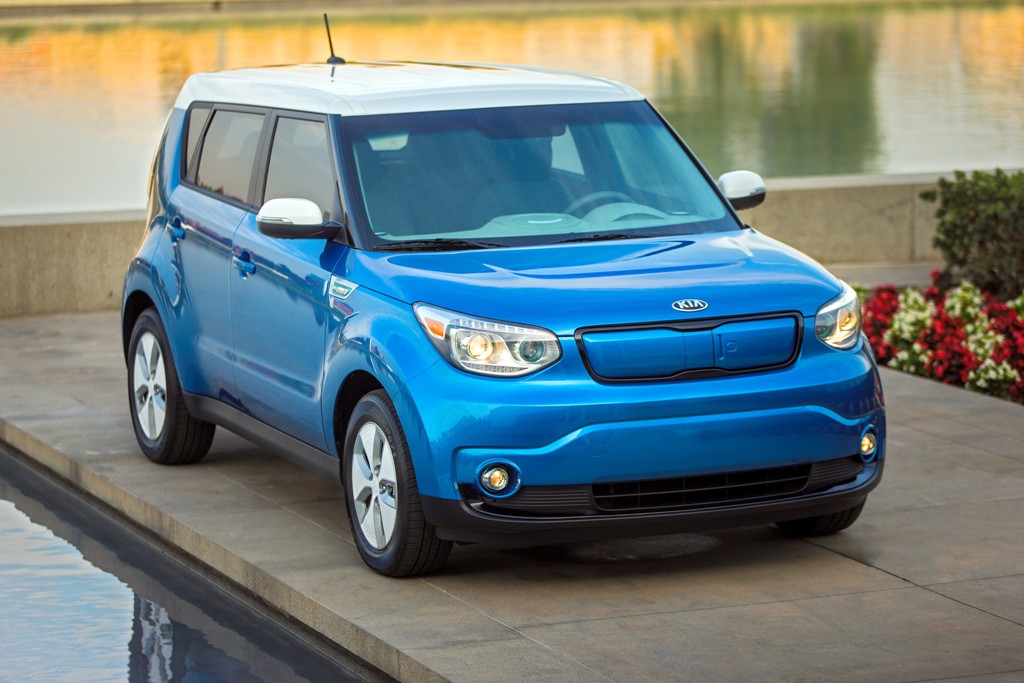 If someone had told us years ago we would have fully electric cars prowling the roads of America on a regular basis, we would have picked them up off the beanbag chair and thrown them out of the clubhouse through the beads hanging in place of the door.  For gosh sakes we were supposed to have flying cars by now, George Jetson style. What happened to those?

What happened of course was the storm of rising gas prices, followed by our new love of all things Mother Nature.  The children of the 1960s hippies who once hugged trees and wanted to save the planet, grew up. They now preach about global warming, how the oil fields will dry up someday and all sorts of “fracking” things.  According to them, we are destroying the very Earth around us by driving our exhaust belching gas-guzzling beasts on the roads.  The future belongs to the electric and hybrid vehicles, according to them.

That’s debatable. However, there are electric vehicles on the road , Tesla is leading the way in our opinion, and there our consumers ready to snap them up as evidenced by the lines this past week at Tesla dealerships. Hundreds of people lined up in the pre-dawn hours to put money down on a car they haven’t even seen, nor will even be produced for another year.

We get it. As the range of an electric vehicle increases, and the infrastructure is built, a fully electric car can work. At least for some.

The problem of course, the ugly truth, is that electric cars still draw on natural resources. Batteries need resources that are mined from precious Mother Earth, are transported by gas engine powered trucks and ships, and electricity still needs to be generated by plants that burn fossil fuel.

If you actually want to own and drive a fully electric car however, there are now options.  Just a few years ago the choices were somewhat limited and the ranges almost impractical, unless you wanted to plunk down nearly $100,000 for a new Tesla.

We had never driven a fully electric car prior to a recent week. We had driven some hybrids, and some plug-in hybrids. The Ford Fusion plug-in, the Chevy Volt, both were impressive; the Lexus hybrid, nice car that. But a fully electric vehicle? One that could only run on a charge?  Surely, something like that would be impractical, no way we could live with one for a full week.

Kia sent us the 2015 Soul EV for a week recently.  It had to be delivered on a flat bed because it was coming from Miami, over 200 miles away. ‘Of course ‘we thought sarcastically as we watched it being unloaded.

Truth be told, we had little experience with a Kia and among all of what we call the “cute” cars the Abarth’s, and the Minis, the Soul has always been the most visually appealing to us.  Yet, we never had a chance to test one, so there was that.  But, at first , at least to us, this wasn’t a real Soul; this was a golf cart with a Soul body. We jokingly wondered if there were hamsters under the hood running on a little wheel.

The 2015 Soul EV marks the first year of Kia’s first mass-market zero emissions, battery electric vehicle.  For 2016, the Soul EV is offered in three trims – Soul EV-e, Soul EV, Soul EV+ (plus) – up from two in 2015. Other enhancements standard across the Soul EV lineup include a charge port nozzle lock, and an illuminated Aux/USB port.

The Soul EV adds an 8.0-inch capacitive touchscreen with a rearview camera display and the UVO infotainment system with special EV functions such as the ability to search for charging stations and an upgrades to a heat-pump heating and air-conditioning system that uses less energy and improves real-world range in very hot or very cold weather.

Batteries, 192-cells, are under the front seats, which raises the floor a bit, but not annoyingly so. The 190-hp electric motor spins out 210 lb-ft of torque with a range of 93 miles, although Kia reports a range of 120 miles in the city thanks in part to a regenerative breaking system.

Kia also reports charging times from 24 hours for a fully depleted battery using a 120-Volt standard  wall outlet to under 5 hours when plugged into a 240-volt outlet. Kia has partnered with three different charging-station providers—AeroVironment, Bosch, and Leviton—to offer buyers a variety of home charging station options.  For fast DC charging, the battery can be restored to 80-percent from empty in just over 30 minutes using a 50 kw CHAdeMO fast charger.

Since we knew a week prior that we would be getting an electric vehicle we arranged charging points at home and the office; not the 240-Volt chargers, but places where we would be able to plug it in. Once those were arranged, our attention turned to the Soul.

The Soul is technically a five-door hatchback that’s really a tall box on wheels. The interior is spacious and well laid out and the UVO infotainment system is easy to use via the touchscreen. Overall, we liked the look and the interior layout, however we were a little anxious on our first drive.  Audible alarms sound when you move forwards up to 7 miles an hour and in reverse, which is smart since there is no engine noise to serve as  a warning. The torque was actually a little surprising but did fall short of a gas engine. After a few miles though we were confident in traffic and other than hearing no engine noise, the drive itself wasn’t really all that different.

The reasons to buy an all electric vehicle are either political, you want to save the planet, or economic, you want to save money of fuel. Either way, buying an EV is buying into a lifestyle that will mean understanding how, when and where to charge it. It also means that long road trips will take much longer, and a great deal more planning (where to charge up). But for those who have short commutes, don’t need to take long trips and either had hippy parents or simply want to save gas money, an EV can work.  Of course, a $7,500 tax rebate for buying an environmentally friendly vehicle is also another good incentive.  Should you want a Kia Soul EV you’ll have to see if they are even sold in your state. As of this writing 10 States have the Soul EV:

Sure, we get it, and as the Kia Soul EV proved to us, an all-electric vehicle can mimic a gasoline-powered car just fine. As for the Soul itself, we liked it but look forward to testing one with a gas powered engine under the hood, so we can like it that much more.

We are glad to be back on the gas grid after being off of it for a week. For those looking to escape that grid however, the Kia Soul EV is a fine choice. Now get off our beanbag chair and go start working on getting us a flying car please. 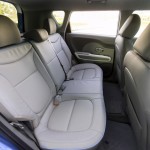 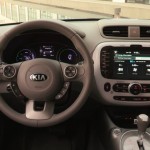 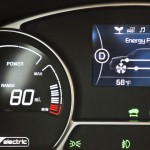 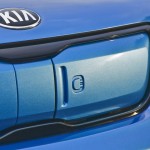 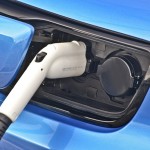 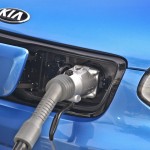 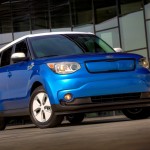 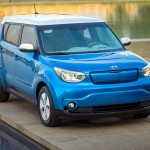 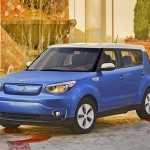 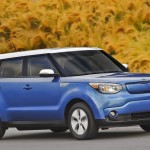 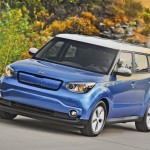 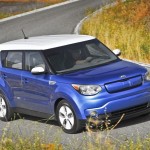 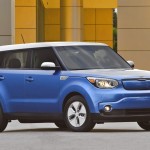 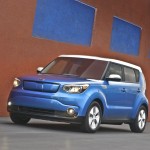 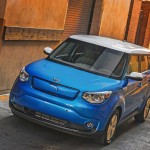 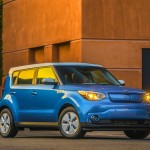 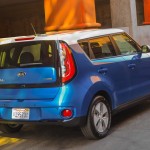