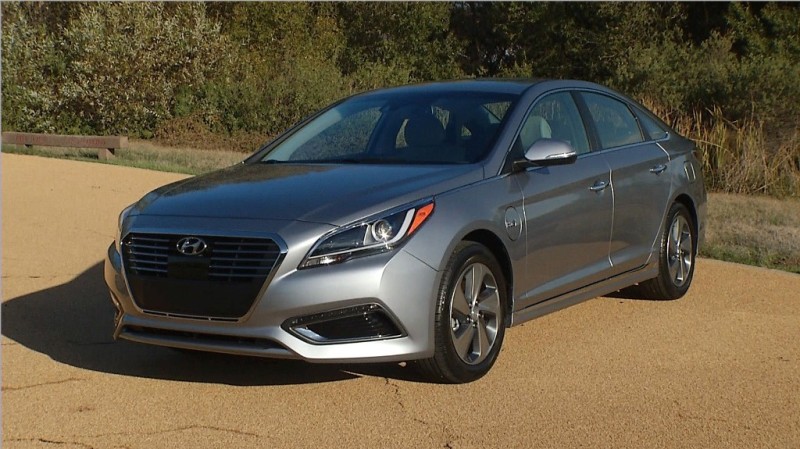 If certain people had their way, trees would never be cut down, aerosol cans would be considered weapons of mass destruction, and every car on the road would be either solar powered or a full plug in electric.

Thankfully those folks, well meaning as they might think they are, don’t have their way. But this is America, Land of the Free and Home of the compromise. This means that while you can still own an aerosol can, the pure gasoline engine power most of us grew up under the hood with now shares space under the hood, and in the trunk. It wasn’t all that long ago the the hybrid was nothing more than an odd curiosity.   Surely you don’t expect us to driver such a thing? Yet in just over a decade, thanks to Hollywood celebs and OPEC, the hybrid is becoming more commonplace.

We’ve harped on hybrids before. Having been raised in the God-Fearing, gas-burning, muscle-cars-rule-the-road era, the thought of driving something that shares an electric motor under the hood, well, let’s get some teeth pulled with nothing more than a shot of bourbon to numb the pain.

Eventually we got it though. After enduring a week with a Prius, we had the occasion to try out some of the other hybrid offerings and had to admit, somewhat begrudgingly perhaps, that some hybrids on the road can give the performance and the style once exclusive to the “normal” sedan.  Now for the record, we don’t include the Prius in this class. Sure it was the first, but it has always looked like nothing more than a shoebox on wheels, with an uninspired interior (and for 2016 seems to only have a slight improvement in both areas). Yet, the Prius sells in part due to its pricing, and with the allure of being the car that is a “must-have” in Hollywood.

Pricing is the trouble with the new hybrids that we’ve tried. Yes, the hybrids such as the Lexus 300h the Ford Fusion Energi and the Toyota Avalon Hybrid we drove were great cars. The power was adequate, the look stylish, the interior well appointed and they were nice to drive past the gas station.

However, there is a problem.

The Lexus, Toyota, and the Ford are all priced over the $40,000 plateau.  While that might not sound expensive for some,  for many families that plateau is too high to climb. That leaves many who want to help save Mother Earth with few choices, the most attractive being the old standby Prius.  That however is like saying the Wicked Witch of the East is quite the looker.

We’ve already established the fact that we like the Hyundai  Sonata. It surprised us with its style, its interior appointments and most of all its affordability.  The Sonata can be had for well under $30,000 and it’s worth every single cent.

Given our history with the Sonata, when told we’d be trying the 2016 hybrid, we knew we would like it.  And we weren’t disappointed.

Hyundai carried over its 2015 refresh to the 2016 model.  The exterior design is a great looking one, with a more refined grille, a wide air intake and what Hyundai calls a Fluidic Sculpture 2.0 design.  The nice thing about the Sonata is the standard features included.

There is also a plug in variant. That includes a base model with navigation, 17-inch wheels, blind spot monitoring, a power driver’s seat, heated front seats, and Dimension audio, while a Plug-In Hybrid Limited model has all the Limited features minus the panoramic sunroof.

On the road, as with the other hybrids we tested, the power is more than adequate for everyday use.  Looking for a sporty drive will leave you wanting, but that’s the nature of any hybrid sedan.  There was one difference, a pleasing one, that we found in the Sonata Hybrid. Unlike the Lexus and the Avalon, the CVT transmission has yet to find its way to the Sonata; and that’s a very good thing . The powerplant is coupled with a six-speed automatic transmission. Sonata Hybrid’s Transmission-Mounted Electrical Device (TMED) delivers the same responsive drive you will find in the regular Sonata, and would be a deal maker if we were shopping for a hybrid.  The others we’ve tested used a CVT and while it worked fine, having a transmission that shifts made us enjoy the drive just a little more than the others.

Another enjoyable thing; the price. The Sonata Hybrid Limited with the Ultimate package carries an MSRP of $37,765. That means a good negotiator with the right sale could snag a great hybrid for closer to the $30,000 level than the $40,000 plateau. That means that out of the hybrid sedans (beyond the Prius) that we’ve tried in the last year the Sonata comes closest to being affordable for the masses.  The MSRP numbers are diminished by a $5000 federal tax-break subsidy, in addition to various additional incentives from the states where the cars are sold. Right now there are 10 states with ZEV regs: California, Connecticut, Maine, Maryland, Massachusetts, New Jersey, New York, Oregon, Rhode Island, and Vermont.

Perhaps it won’t be too long before the Prius crowd will discover that for a few dollars more they can have style, class and a very nice driving hybrid.  Yes the fuel mileage 39 city, 43 highway, and 41 combined falls short of the Prius, but the Sonata delivers something that Prius can’t; more style, a better drive and loads more standard features.  We may have to compromise, but we can do it in style and afford to do so.