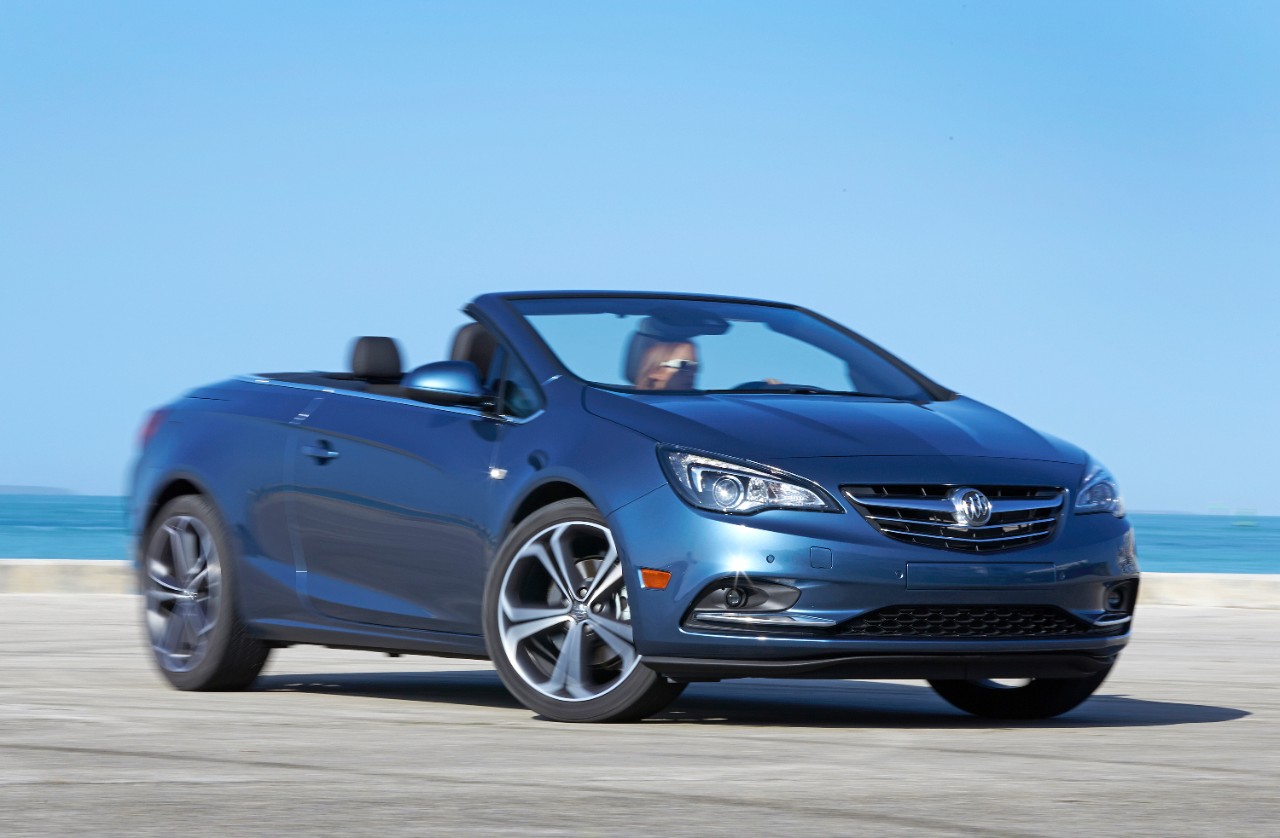 Welcome ladies and gentlemen, thank you for coming. We are gathered here today to remember those friends who are no longer with us. In memoriam then we remember Mercury, Hummer, GEO, Oldsmobile, Saturn and Pontiac. All gone now, gone to the great junkyard in the sky. May they rest in peace forevermore.

It’s true that many of the car brands that once prowled the roads are no longer around. Some died an untimely death, some stayed around way too long. Either way, many of the brands that have gone away in the last few decades belonged to one automaker, General Motors. GM used to have so many brands that it was like the old woman in the shoe; so many it seemed they didn’t know what to do. But in those days it really didn’t matter, GM was a juggernaut, selling everything and laughing all the way to the bank.

But in the last ten years the Great Recession swept across the world forcing many companies to slim down or fade away; it also slammed broadside into mighty GM battleship. GM was forced to shed many of its brands and now has only four: Chevrolet, GMC, Cadillac and Buick.

Buick seems the odd survivor of the bunch to some. Yet there it is, the sign is still lit in the Renaissance Center in Detroit.  Buick has been working hard to overcome an image built up through years of selling cars that filled the driveways of grandparents across the country. They constantly ask the question, “That’s a Buick?” as they try to appeal to drivers under retirement age.

Away from the ads they are constantly tooling and re-tooling models; doing away with a lot of the bling, while trying to keep some of the luxury Buick is known for. This strategy seems to be working. Buick is starting to be known among the younger generation and has taken its rightful place among the GM lineup as the entry-level luxury brand competing with the likes of Acura, Audi, entry-level Lexus models and Volvo.  Among all the new models that Buick has introduced in the last decade, there seemed to be something missing though, something that in fact was missing from the entire GM lineup.  You see if you were a fan of all things GM but wanted convertible you could either buy a Camaro, a Corvette or look elsewhere.

Buick has introduced the all-new Cascada; a four passenger midsize sedan that likes to keep its top down. The Cascada (Spanish for waterfall) new for 2016 is the first Buick convertible in decades. We recently got to spend a week with it. And it was a fine week indeed.

Part of the joy we had with the Cascada might have had to do with the perfect Florida week for driving with the top down. Normally those of us who live in Florida have to deal with oppressive humidity and sizzling heat that keeps us trapped in air-conditioned comfort.  We quickly run from one AC cocoon to another.  Putting the top down in the car is near suicide as the sun would only bake us alive. We learned this early on when we tried to test other convertibles and now most of the year only put the top down after the sun has set.

The week we had the Cascada however was one of the rare ones. One of the few weeks of the year in Florida when the temperature hovers near 70 degrees and driving with the top down is pure joy. And so it was with the Cascada.

The 2016 Buick Cascada convertible has two trim levels: Base (1SV) and Premium (1SP).

Buick loads their cars with a lot of standard features and the story is the same for the Cascada.  The base model has the power-operated convertible top that can fold down in 17 seconds at speeds up to 31 mph, along with foglights, adaptive xenon headlights, heated mirrors, rear parking sensors, remote engine start, leather upholstery and dual-zone automatic climate control. There is also heated eight-way power front seats, 50/50-split folding rear seats, a 7-inch touchscreen display, a heated and tilt-and-telescoping steering wheel, a rearview camera, OnStar (with 4G LTE and WiFi hot spot), a navigation system and a seven-speaker sound system with a CD player, satellite radio, a USB media interface and an auxiliary input jack.

The nice thing is that there are no other factory-installed options for either trim level. Nice because some other manufacturers will tack on the add-ons you want as options, and charge you a lot more money for doing so.

Under the hood the Cascada is powered by a turbocharged 1.6-liter four-cylinder engine producing 200 horsepower and 207 pound-feet of torque. The power is delivered to the front wheels through a six-speed automatic transmission.  That may seem like a lot of horses, but the Cascada is a heavy car, nearly 2 tons thanks to a heavily reinforced body. We could only manage a 0-60 time of just over 8-seconds, yeah slow. However, this isn’t a sports car and as we found out during our week the power for everyday use is quite adequate.

The interior, even with the top up, has plenty of room for four adults. The back seats are comfortable enough and there’s a feature that we haven’t seen elsewhere that’s kind of cool. When you pull on the release the front seat motors forward; when the seatback Is returned upright the front seat slides back, however if it touches something, say the back passengers knees, it stops and moves back forward about an inch to prevent an uncomfortable squeeze to the back passenger.

On the road, despite being heavy, the Cascada doesn’t really drive like a heavy car. The turbo lag is nearly absent and as mentioned, the power is adequate for everyday use. The cornering was fine with little body roll and the view from the driver’s seat was better than some of the other convertibles we’ve tested.

Perhaps our view was tainted by the perfect Florida weather for top down driving but our week with the all new Cascada was a good one.  There is enough engine to get the job done, and enough luxury without being overdone. This seems to be the new hallmark of the Buick, just enough luxury to remind you that you’re not in an average sedan without being overstated like some of the older Buicks.

Maybe the best thing about the new Cascade is the availability of a convertible that isn’t a muscle car, or a much higher priced BMW or Audi. The Cascada is a reasonably priced convertible that has four usable seats.  That’s something we haven’t seen is quite some time.

Buick has been a survivor while others have gone to that great junkyard in the sky and for good reason. America needs what Buick has to offer; entry-level luxury vehicles that won’t break the bank.

More than once during our week after seeing the good looking, stylish Cascada, we heard those words “That’s a Buick?” and we have to admit that we were somewhat proud to reply, “Why yes, yes it’s a Buick.” 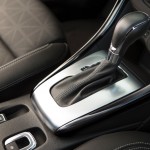 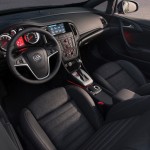 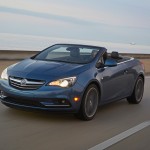 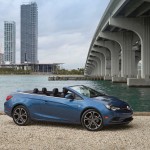 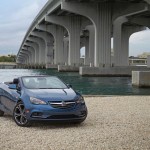 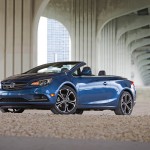 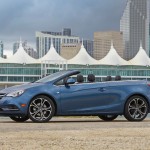 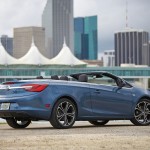 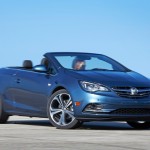