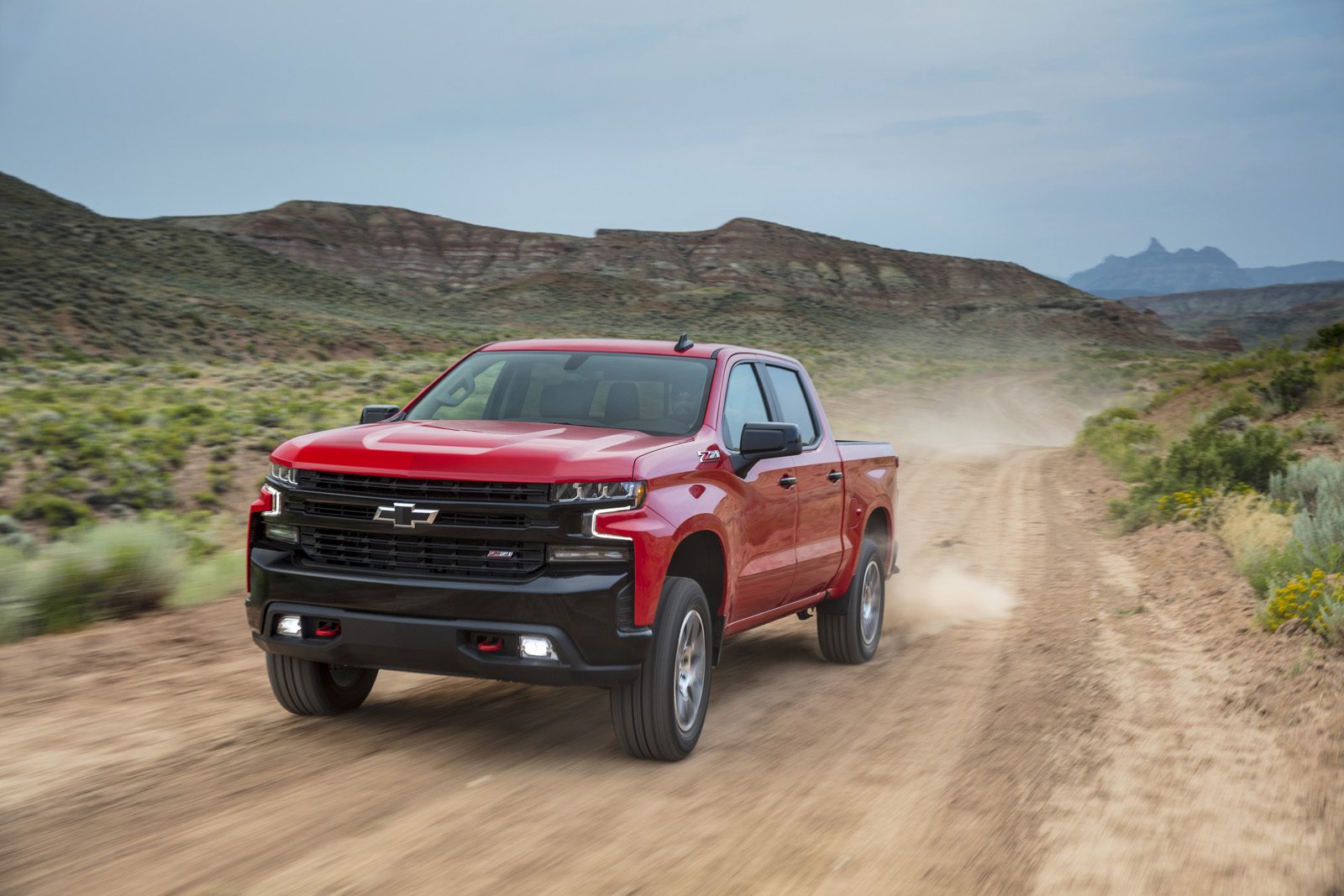 There was an odd sight at the front of the field in Sunday’s Monster Energy NASCAR Cup series season opening Daytona 500.  Leading a field of racecars was a Chevy pickup truck, something that had never before been done in a Daytona 500. Normally there is a pace car, but Sunday it was a pace truck.

Sure, it got a great deal of exposure, that’s why the auto makers pony up the big bucks for such things after all. It’s just another example of how competitive the truck wars really are.  The Silverado is the number 2 selling vehicle in America, behind the Ford F150.  That make’s it the number 1 selling Chevy vehicle in the lineup so I suspect the marketing budget for it is enough to make some third world countries envious.

There was of course several on display at the track and an addition to the Silverado’s seen at Daytona this past weekend.

I’m not a fan of the “tiny home” fad.  It’s sort of like the cupcake shop fad of a few years ago. The trend of soccer mom’s whose husbands made enough to support the family, started all these little cupcake shops.  Most of them are of course gone now, and the American economy didn’t collapse, and we can still make our own cupcakes if we want.

We now have this “tiny home” trend. Little itty-bitty houses that for some reason people want to live in. compact living quarters that you can barely stand up in; they have whole “tiny home” neighborhoods popping up. I suspect that in a few short years people who bought these things to actually live in will look around and wonder what the hell they were thinking.  And those tiny neighborhoods will be known by what we used to call such places just a few years ago, “Trailer parks”.

At Daytona there were several Silverados that could serve that “tiny home” crowd.  These models were outfitted with a pop-up tent that turned the truck beds into a tiny home away from home. Sort of like camping but instead of sleeping on the ground, you’re in the back of your truck bed; glamping for the new age.

I had a 2019 Silverado a few weeks prior to the weekend at Daytona. I have to admit that if I’d known about the camping option, I might have been tempted to try it out. I didn’t but Chevy did have that idea, and in fact had a family who spent the weekend in one.  Of course, camping in the back of a truck is nothing new, tent packages have been around for a while it seems.  Chevy just decided to show them off in front of 100,000 fans.

They also showed off the redesigned Silverado like the one I had for that recent week.

In its quest to try and be everything to every truck buyer, the Silverado is available in a near dizzying array of choices that have their own styling character, size and power.  The new front, which some have said looks too ‘squinty’ isn’t the only thing new this year. Under the sheetmetal there is more high-strength steel and thanks to some new aluminum pieces a little less weight.  According to Chevy this reduction in weight improves towing capacity, gives better acceleration and better fuel economy. 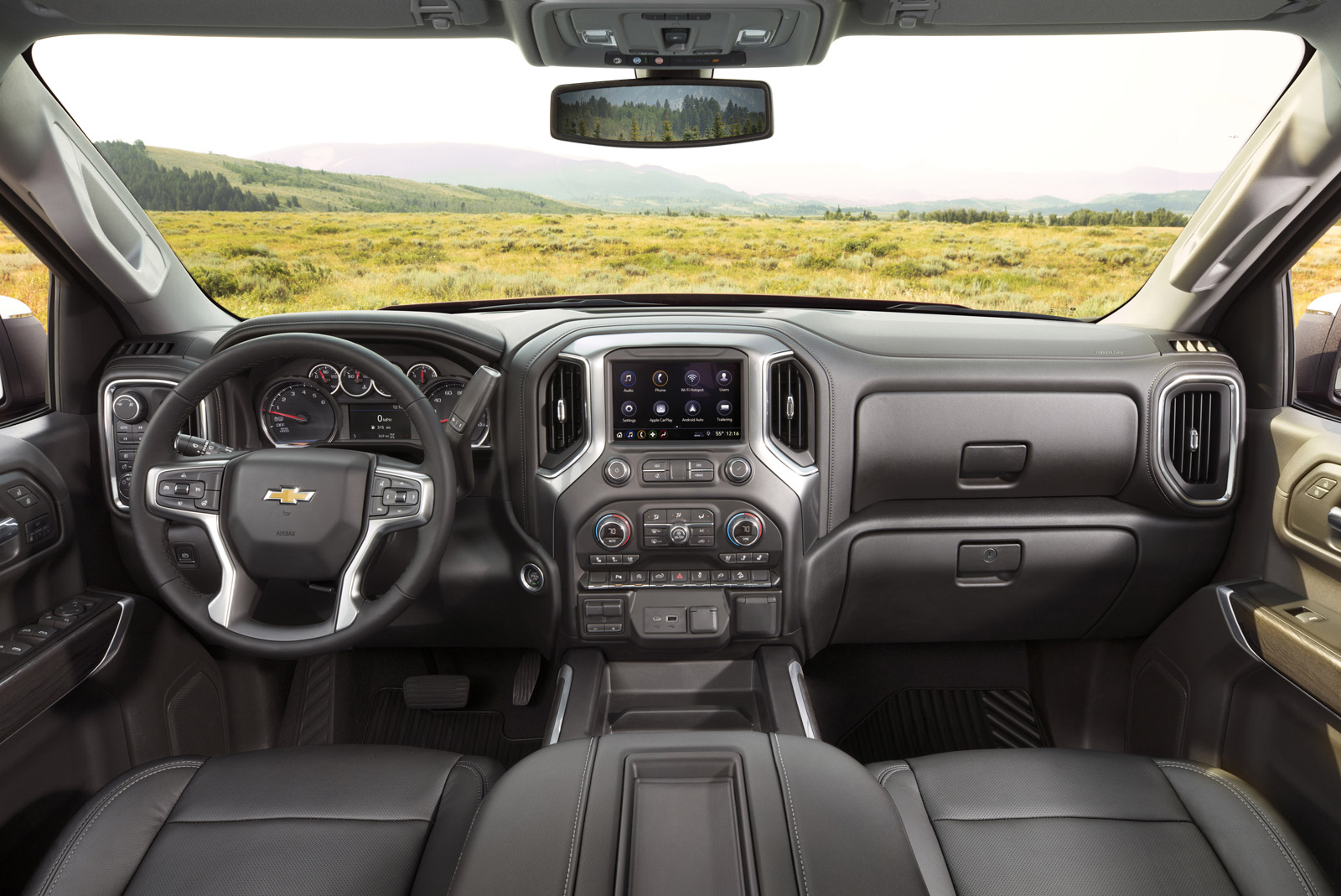 The Silverado can be had as a Work Truck (WT), Custom, Custom Trail Boss, LT, RST, LT Trail Boss, LTZ and High Country. Like most full-size trucks, it’s available with varying cab and bed configurations depending on trim level.

Of course, the manufacturers don’t skimp when sending out the press fleet, so the Silverado I had was the all-wheel drive LTZ crew cab with the largest engine available, the 6.2-liter V-8 delivering 420 horses and 460 foot pounds of torque.  The 6.2 gets the 10-speed automatic, a 6 or 8 speed automatic is available on the other levels/engine combos.

Not being a “truck guy” it is sort of tough for me to favor one over the other. But I can say that compared to the 2017 Silverado I had a couple of years ago the drive of this latest one seemed a bit nimbler, although trying to find a parking spot can still be a bit of challenge as it is with any full-sized pickup. And that 2017 Silverado was the 2500 version which is a bit larger than the 2019 which is a 1500.

The cab had more than enough room, although there seemed to be less of the storage compartments I’ve seen on others. And with the large V-8 and a towing capacity of 12,000 pounds there is little doubt than the Silverado could tow just about anything one could want to tow.

And the bed is of course big enough to camp in.

Whether this new Silverado will knock off the F-150 remains to be seen.  One thing is certain; the guy who drove in front of the field Sunday liked it well enough to by one.

Dale Earnhardt Jr. was NASCAR’s most popular driver for 15 years, until he retired at the end of the 2017 season. Yes, he’s a Chevy guy and normally NASCAR drivers are given program cars; ‘company’ cars they can keep for a certain amount of time free of charge.  Earnhardt has a Silverado at the moment, but isn’t a program vehicle, he actually bought it.  Sunday prior to leading the Daytona 500 field I asked him if he had seen the camping display set up on the Silverados in the infield.

“I watched the Xfinity race up in the suite yesterday and saw those tents in the back of those Silverados in the Chevy Experience and started trying to figure out who I could contact at Chevrolet to get the model numbers because I was going to buy me one,” he told me. “But, my brother in law, who was sitting with me, said I don’t have much of a chance to get Amy (his wife) to sleep in it with me (laughter); so I might just be in there by myself. But, it’s pretty neat.”

“The new Silverado, I’m pretty happy to have one,” he added. “I like owning it, you know? So, it’s my truck. I take care of it. I’ve had a lot of company cars over the years through my job as a driver. There’s a different experience for the vehicle when you own it yourself.” 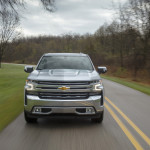 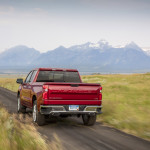 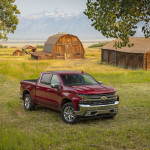 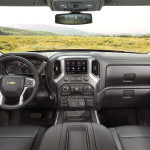 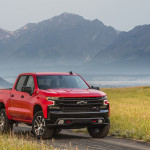 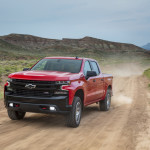 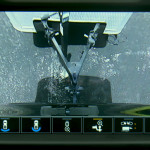 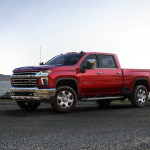 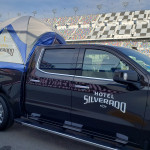 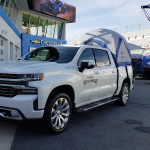 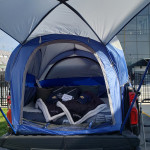 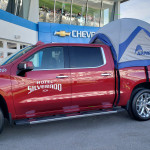 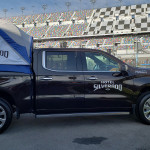 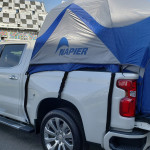 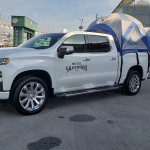 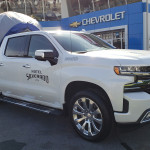 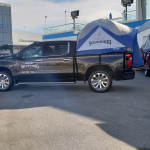 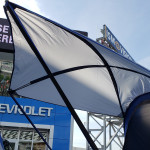 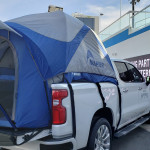 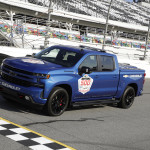