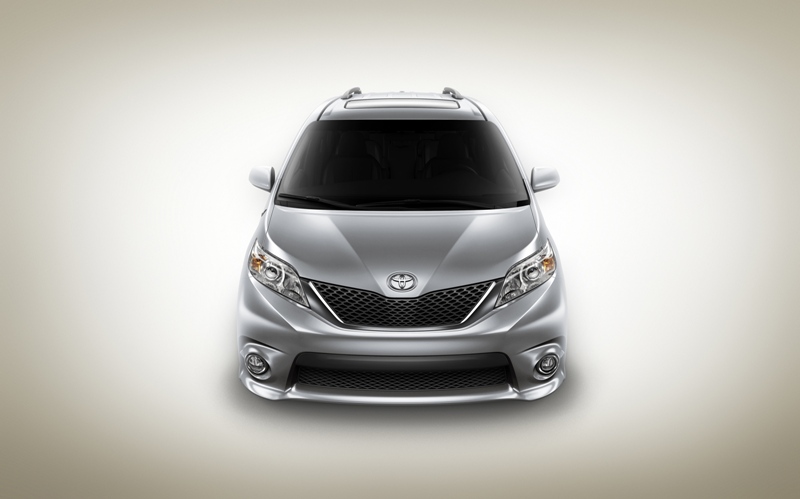 You will drive a minivan and like it. Had this phrase been uttered to us just a few years ago we would have scoffed. “Those days are far behind”. After all the kids have left the nest and the old Dodge Caravan complete with abundant stains that tell the family history and a bit of damage from surviving Hurricane Andrew had long ago made the trip to the junk yard; good riddance.

However, if one wants to make a living reviewing cars you can’t be limited to the fun ones. Sure wheeling a Porsche, or a 570 horsepower Mercedes, or Corvette around the streets is great and taking a Lamborghini for a spin around a racetrack is the best thing since your first kiss, but in the interest of fairness, you have to throw in the occasional Prius, SUV, crossover, or minivan.

We recently got the third minivan we’ve had in the last two years. The first was the Dodge Grand Caravan and indeed, it was Grand and the Chrysler Town and Country, which was well, more Town than Country.

So there was little reluctance when told we would be getting a 2014 Toyota Sienna.  After all in the two weeks prior we had the Porsche Cayenne Turbo S worth $160,000 and packing 550 horses followed by the Mercedes E63 wagons with 570 horsepower worth just over $100,000. In the world of car reviewers the cycle will inevitably bring you back to earth, and so it did with the Sienna.

Introduced in 1997 the Sienna for 2014 remains essentially unchanged.  It’s offered in five trim levels: base L, LE, SE, XLE and Limited. The LE and XLE can be had in seven- or eight-passenger configurations; the L and Limited are seven-passenger only and the SE is eight-passenger only. All are equipped with front-wheel drive; the LE, XLE and Limited can get all-wheel drive.
.
For 2014 the Blind Spot Monitor is a standalone option for the SE model. Previously for the SE tirm, it was available only as part of option packages. The feature, which includes cross-traffic alert, remains standard on the Sienna Limited grade. Also for 2014 the Tow Prep Package has been made standard on all grades.

We had the SE model. The SE has what Toyota calls a “bolder” front appearance; the side skirting visually lowers the vehicle and hugs the standard 19-inch alloy wheels.  The SE has a lowered, sport-tuned suspension that, in conjunction with the 19-inch wheels, Toyota claims provides sharper handling agility. Our model also had the rear-seat DVD entertainment system (with a screen that can be split to display two different sources) and a navigation system with a 6.1-inch display, Entune smartphone app integration and a rearview camera. The nav system touch screen was easy to use and responsive; however, the sound system seemed a bit weak and maybe a little underpowered.

There were two differences we noticed right away. On the outside the SE model we had does indeed look sporty, and nice, and the interior seems smaller than the Caravan and T&C. in fact, it’s not. All the measurements are very close to being the same, yet the Sienna feels a bit smaller, and that’s not a bad thing.

The cargo room is rated at 150.0 cu.ft., The Caravan has actually a little less, 143.8 cu.ft. , while the T&C has a cavernous 195.8 cu. ft..  The wheelbase is smaller, but the interior head room is two inches more, 41 inches as opposed to the 39.8 in the Caravan and T&C. The Sienna though does feel smaller; maybe it’s the interior layout, the seating arrangement, the lack of a sunroof on our model. Whatever the reason when it comes to our preference in minivans, interior feel does matter, and smaller is definitely better.

The SE interior has instruments unique to the model and carbon-fiber looking trim. But make no mistake this is still a minivan.  With this sport model you are fooling only yourself; it uses the same 3.5-liter V6 engine delivering 266 horsepower and 245 pound-feet of torque that drives the front wheels through a six-speed automatic transmission; it’s the same powerplant that is in all models.  On the road though the sport tuned suspension and 19-inch wheels seem to deliver better performance than our other minivans.

Perhaps the biggest advantage we found was the nimble way the Sienna acted on the road and maybe more importantly, in parking lots. With both the Caravan and the T&C there seemed to be this big vehicle feel that leaves you tiptoeing through traffic and when parking. Not so with the Sienna. Overall we liked the Sienna a tad bit more than the others.

There is a problem however.

For all its goodness, the Sienna is the most expensive of the three.  The Caravan has an starting price of $19,995, the model we drove which was similarly equipped to the Sienna priced out at $32,505. The Town & Country, which was far more luxurious but also similarly equipped had a base price of $32,195, our model came in at $36,175. The Sienna SE we tooled around Central Florida for a week in has an MSRP of $33,860 and after adding the options tops out at $38,818.

Both the Caravan and the Town & Country have been outselling the Sienna, although not by much.  There is a lot to like here, in some areas even more than the other minivans we tested. However, with minivans having near identical features and options, the average shopper will no doubt be persuaded to leave a little money in their pocket.  The only hope for Toyota is that those shopping for minivans and looking for something that doesn’t seem so cavernous and is a bit more nimble on the road won’t mind paying a little more.

With the Town & Country allegedly going away next year, the Caravan could be the sole king of the minivan hill. Should Toyota shave a few bucks off the price, it could make the difference and they may have a shot at taking over that vaunted spot as a number one seller. 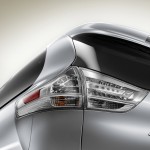 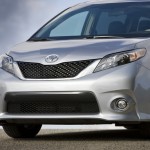 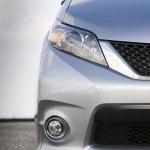 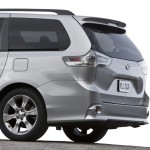 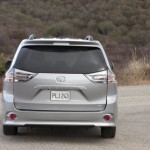 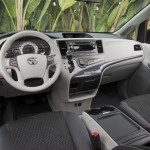 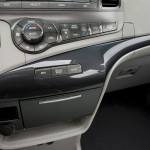 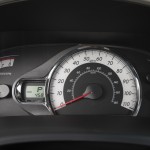 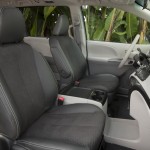 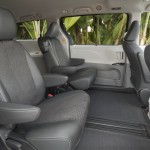 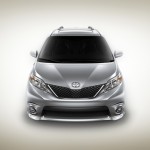