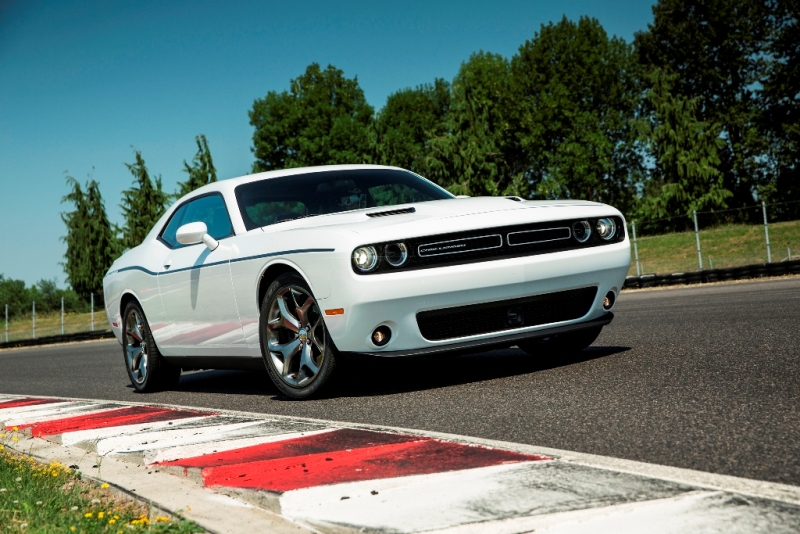 It’s that week of the year when we Americans give thanks.  We express thanks for our family, our dog, friends, jobs and football.  It’s somewhat ironic that the after day Thanksgiving, after humbly praying to whatever God we pray to, we charge headfirst into a battle otherwise known as Black Friday.  We put on flak vests, prep maps and plans like a General, raise a saber and yell “Charge” as we dive into a pile of discounted TVs or breadmakers.  We buy stuff we have little thanks for the following year, yet we celebrate our retail victories like Ulysses S.  Grant at a Virginia courthouse in April of 1865.

The day after Thanksgiving kicks off the Holiday shopping season. A season when we spend enormous amounts of money we don’t have on things we don’t like to give to people we don’t always care about.

Another annoying thing about this time of the year: If one were to believe the advertisements on TV there are also an enormous amount of new cars given as gifts every year. Oddly, no one we’ve ever known has given or received a new car for Christmas; nor do we think it would be a good idea to present a new car to our spouse later telling them that the first payment will be due the following month.

One Christmas Eve we want to put big red bows on every car on our street then laugh at the confusion the following morning.

There is one good thing about the Thanksgiving and the holiday season though:  The feasting.  Few delights can approach a full table with a large turkey sitting in the middle. Eating until you collapse on the couch in a food coma is something to look forward to, a thing to relish, a joy to behold. Of course the next best thing are the leftovers; recovering just enough to go back for a second helping, and enjoying it just as much as the first time.

These thoughts all occurred to us during the week of the most recent Thanksgiving.  We were given the 2015 Dodge Challenger SXT Plus for the week; a thing we are very thankful for.  It is indeed a feast that a driver can look forward to, a thing to relish, a joy to behold.  It was also a second helping for us, and one we enjoyed just as much as the first time.

We’ve already established the background: For 2015 Dodge updated an already good looking retro muscle car that is heavy on inspiration from the 1971 Challenger.  New are LED halo-ring headlights, with turn signals integrated into the gorgeous front end that sports split-port grille inserts. There are also smoother lines along the front and the back and an interior that reportedly was inspired by a 1971 dash found by designers after scouring flea markets and junk yards to find an original and brought back to Detroit.

The base SXT has a 3.6-liter Pentastar V-6 powerplant churning out 305 horsepower with 268 lb.-ft. of torque from the eight speed shiftable transmission.  Standard on the SXT are full power accessories, keyless entry and ignition, 7-inch configurable dash display, cruise control, leather wrapped steering wheel, Bluetooth, six-way power driver seat with power lumbar adjustment, and a 60/40-split-folding rear seat.  There is also a 5-inch touchscreen interface with Uconnect, voice commands and a six-speaker sound system with a CD player and an auxiliary audio jack. All set atop 18-inch wheels.

Our model for the second, and first, time was the SXT Plus.  The Plus adds performance suspension and brakes, a rearview camera with rear parking sensors, automatic headlights, leather upholstery, and heated and ventilated front seats.  The steering wheel is heated and has power tilt-and-telescoping adjustments and there is an 8.4-inch Uconnect touchscreen and an upgraded sound system with satellite radio and an iPod/USB audio interface.

The R/T mirrors the SXT but swaps the 6-cylinder for a 5.7-liter V8 engine and 20-inch alloy wheels.  The Challenger R/T Plus  gets the same upgrades as the SXT Plus. For the SXT or R/T  Plus you can add such option packages as the R/T Classic package with dual R/T side stripes, classic five-spoke wheels, xenon headlights and upgraded leather upholstery with simulated suede inserts.

Our second helping, unlike the first, had the Super Track Pak with 20-inch black wheels, even higher-performance suspension, steering and brakes.

At the top of the heap, and the Challenger that has garnered most of the attention is the SRT Hellcat. The Cat adds a supercharged V8 (707 horses), two key fobs that control engine output (black for reduced power, red for full power), a unique hood with a center scoop and air extractors, black rocker panels, larger front and rear spoilers, remote start, rear parking sensors, a rearview camera, blind spot/rear cross-path monitoring and the Harman Kardon audio system.

Our latest tester had the Driver Convenience Group with power-folding mirrors, xenon headlights, rear parking sensors, blind spot/rear cross-path monitoring, and remote star. There are plenty of options and packages to choose from making the Challenger one of the more configurable cars on the market.

Much of the attention has been on the Hellcat and for good reason.  The Hellcat is a beast (pun intended) on the road. For everyday use though, its practicability is somewhat questionable. As we noted in our last Challenger review, taking a 700 horsepower car on a commute five days a week requires the skills that might be above many drivers and in the end may be more trouble than it’s worth.

Purists however bemoan anything smaller than a V8 under the long Challenger hood.  We would, respectfully, disagree. As we learned with our recent week with the new Mustang I4, smaller may not be better, but it can be okay.  305 horsepower, when matched to the right transmission and suspension can deliver a great deal of oomph, and fun.   It’s made especially nicer when getting fuel mileage ratings of 19 city, 30 highway.

Our first tester had a sunroof, the second one didn’t and we missed that.  But the first one didn’t have what our latest did; the Super Track Pak.  In addition to the bigger wheels, Goodyear summer tires, upgraded suspension, revised steering, and bigger brakes, the Dodge Performance Pages are part of the Pak.  The pages allow a driver to fine tune the driving experience and is easily something we would add to a Challenger that was going in our driveway (something that by the way thanks to the urging of our spouse who loves this car, might just happen).

We could now drone on and on about how great the Challenger is on the road; 5.2 seconds for 0-60 when dialed in using the Performance Pages, the ease of aggressive cornering and overall performance that rivals the V8.  Yes, it was indeed a feast, a second helping that was as good as the first.

Having tested the Big Three of the new Muscle car revolution, the Mustang, Camaro and the Challenger we could proclaim which is our favorite. But we won’t.  That’s because each has its own merits that can lure one driver over another, we don’t like cranberry sauce, you might.  All can also be had for under $35,000 making each affordable to just about anyone.

It’s up to you to step up to the table and decide which you would like to feast on and have for a second helping and beyond.  Sure it may not be too much trouble to figure out which one we like. But at the end of the day the good news is that in an era of small cars, hybrids and futuristic looking machines, there are still cars that keep us connected to a time when muscle cars ruled the roads and kept a smile on our faces, and still do. 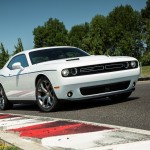 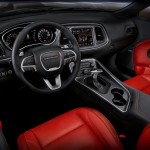 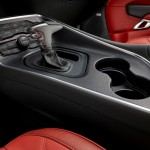 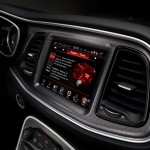 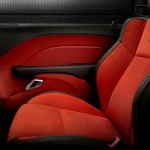 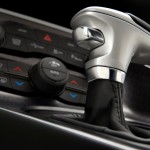 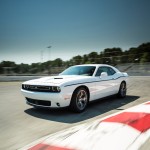 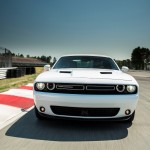 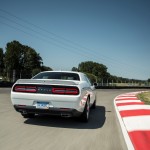 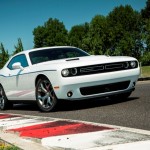 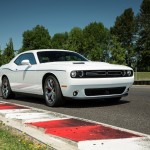 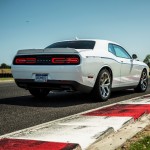 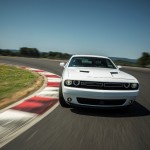 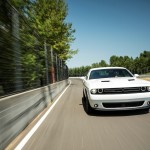 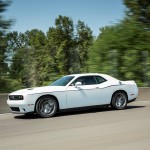