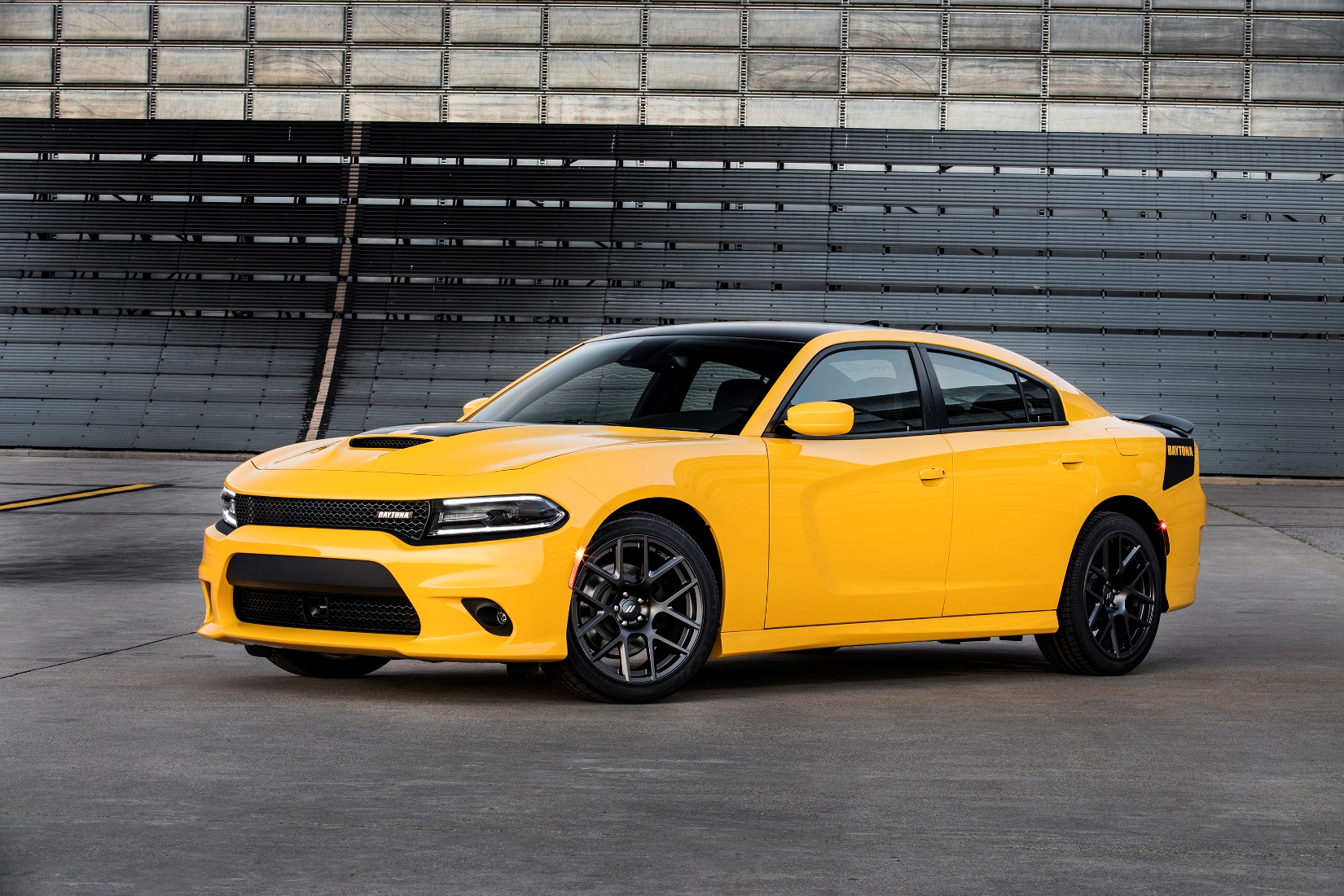 There are some things that go perfectly together. Peanut butter and jelly (grape please), meat and potatoes (sorry vegan friends, wait no I’m not),  Kukla, Fran, Ollie, Laurel and Hardy, Dean Martin and Jerry Lewis. Another perfect match is a Dodge Charger Daytona edition, and actually driving it to Daytona International Speedway during the week leading up to the Daytona 500.

I learned this recently when Dodge sent me a 2017 Charger. Not just any Charger mind you, but the newly reintroduced Daytona edition.  It just so happened to be during Speedweeks 2017 at Daytona, and if you didn’t already know (shame on you if you didn’t, just kidding), but I work in NASCAR and Speedweeks at Daytona is pretty much our Christmas.  Spending that week with a modern American muscle car like the Charger is the best Christmas ever.

Coming back after a few years off the market, the iconic Daytona variant has all the in your face style, weirdly named paint schemes, and most importantly the muscle under the hood that made the Charger Daytona the envy of every hot rodder in the country.  It’s slotted in the lineup about midway in the group (the Charger lineup: SE, SXT, R/T, Daytona, R/T Scat Pack, Daytona 392, SRT 392 and SRT Hellcat).

Available with a 5.7-liter or a 6.4-liter V8 under the hood, the 2017 Daytona uses the Charger R/T as a model and gets the full SRT treatment.  The Daytona however gets improvements to the engine intake and exhaust with a Mopar cold-air induction system with a conical air filter. There’s also a new electronically controlled 2.75-inch active performance exhaust system with 4-inch round outlet tips. Also onboard is the Super Track Pak with performance-tuned suspension, and high-performance Goodyear Eagle F1 tires.  The Daytona also has a rear differential with a 2.62 axle ratio, plus performance engine and transmission calibration with a high-speed engine controller that’s up 12 mph from the R/T (135-150).

Along with the SRT treatment, the Daytona has its own unique front and rear fascias, side sills and a flat black spoiler on the rear, along with the HEMI graphic on the intake,  black Daytona stripes and special Daytona badging. The Daytona also gets wider 20×9-inch Mopar lightweight forged-aluminum wheels in Hyper Black II with P245/45ZR20 Goodyear F1 high performance all-season tires.

The interior of the Daytona gets leather and suede seats and new bezels.  There’s lots of goodies on the inside as well.  The Daytona gets the Premium Group, optional on the lower levels, which gets you xenon headlights, rear parking sensors, a rearview camera, heated and ventilated eight-way power front seats (with four-way lumbar adjustment), driver-seat memory functions and a heated steering wheel. There’s also automatic wipers, a power-adjustable steering wheel, adaptive cruise control, blind-spot monitoring and rear cross-traffic alert, navigation software added to the Uconnect system, and a 10-speaker BeatsAudio sound system.

My Daytona tester for the week was the 5.7 and clad in White Knuckle.

Starting that 5.7 emits a rumble that lets you know this Charger is ready for business.  With a 0-60 time of just under 5 seconds and ¼-mile speed of 114mph in just over 10 seconds, for a 4270 pound 4-door sedan, the Charger Daytona can be classified as a beast. 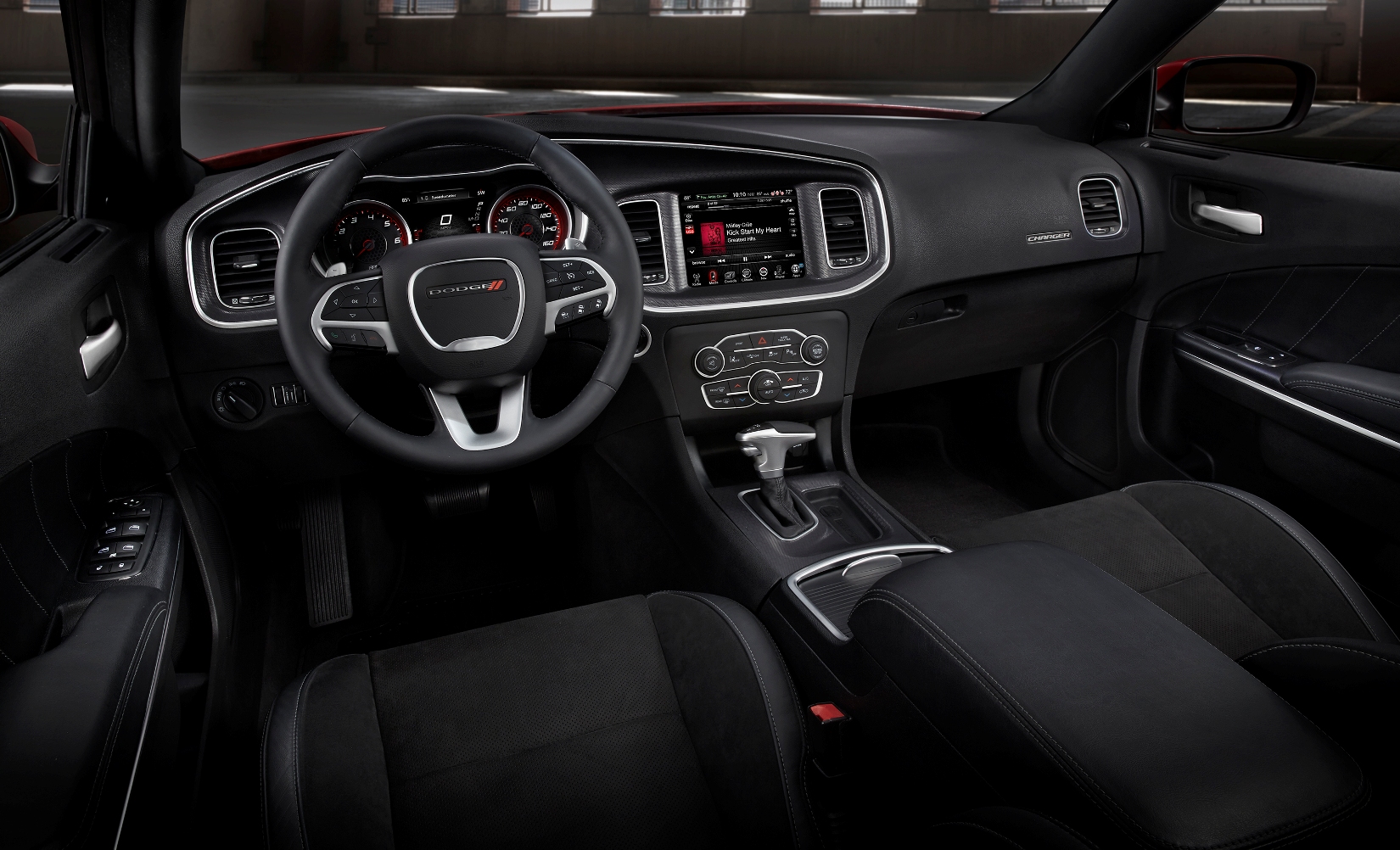 There was problem however.

During my week with the Daytona, I couldn’t drive through the infield of Daytona International Speedway without getting stared at; stopped for pictures, or asked numerous questions.  Then on Saturday prior to the Xfinity series race, a visit for a lunch date just off track meant a wait while fans heading into the race stopped to snap selfies.  Of course, I just so happened to park it next to a 1969 Charger, but still…

Seriously, I of course didn’t mind a bit.  I loved the week with the Charger Daytona.  And I might (the “might” being  for the Dodge reps), have left a long smoky number 11 on the infield access road while leaving, much to the delight of the whooping and hollering post-Daytona 500 crowd.

The Dodge Charger is an already good car; the Daytona version is the Charger made even better.  It’s one of the few cars I’ve reviewed that I would be proud to own.

Call me a fanboy, but I’ve always liked the Charger. The Daytona version is like icing on an already delicious cake.  Wheeling it to Daytona for a week, is like having your cake and eating it too. 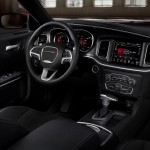 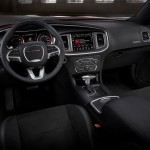 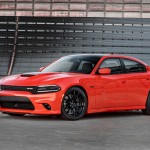 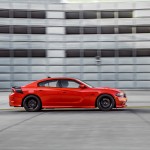 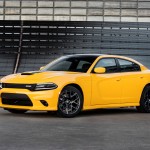 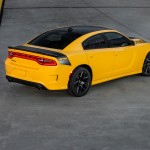 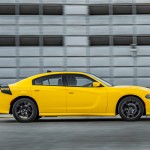 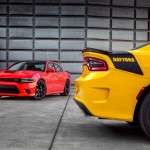 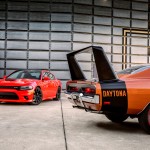