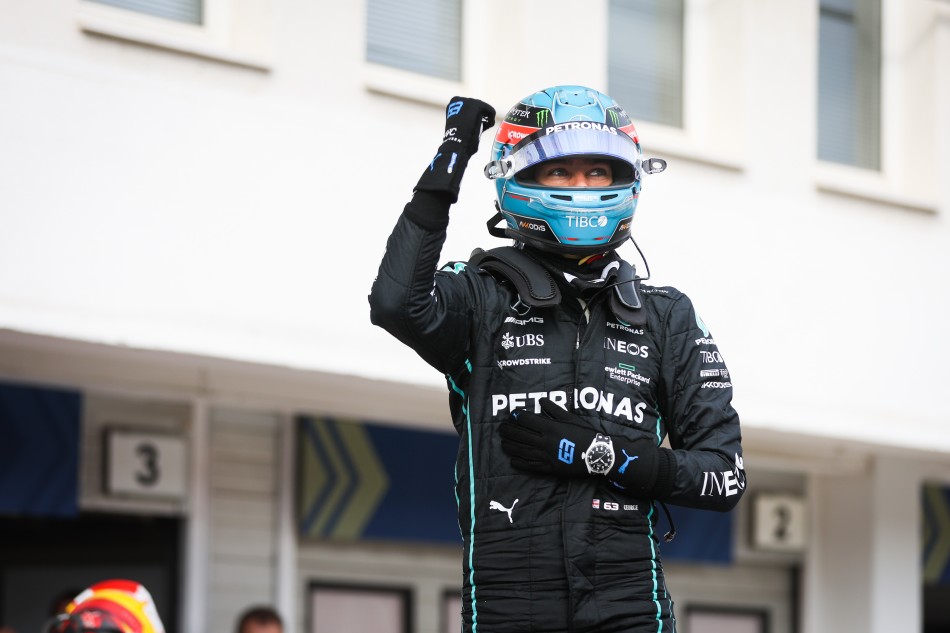 George Russell scored his maiden pole position at the Hungaroring, giving Mercedes a surprise edge over the Ferraris. The Saturday result is also the first pole for the team this season, after Mercedes struggled to get to grips with the new car.

“Whooooo,” Russell screamed as he crossed the line, “come on! Yes! Hahahaha. You beauty! You beauty!”

It was all more surprising after the car appeared to be stumbling again in practice, with Russell describing his pace on Friday as “disastrous.” He explained: “We were all here until 11 p.m. last night scratching our heads, and we all felt pretty lost,” Russell said. “To come back and grab pole position is an amazing feeling. We absolutely nailed today, 100%.”

And he does think victory is now within reach. Despite still being “behind the curve at the moment,” he said that “victory is what we’re going for,” although it is “a total unknown.” Still, it’s pace the Mercedes car hasn’t been able to display so far this year. 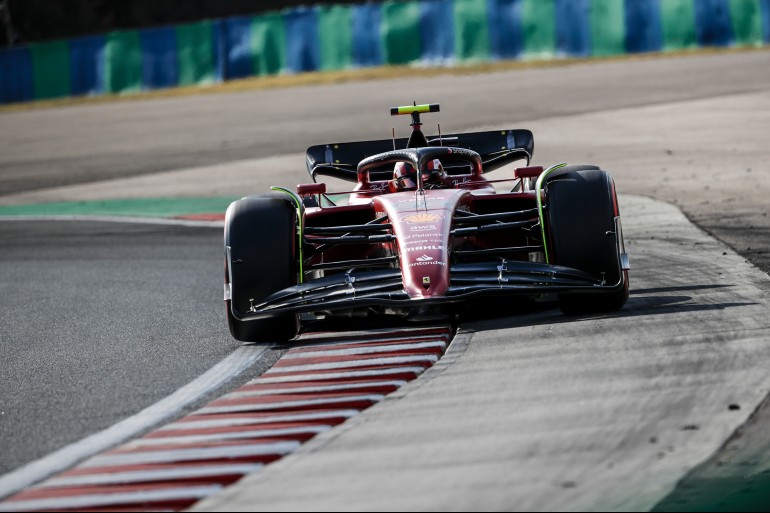 Ferrari drivers Carlos Sainz and Charles Leclerc will start second and third, after their provisional front-row lockout was foiled by several hundredths of a second.

Sainz, who led his teammate throughout the session, said: “Today I felt I had the pace to take pole, but it got away from us in the last sector. I made a few mistakes.” He said that his team has the pace to win, but conceded that “the pace of the Mercedes is an unknown and we will see how the race develops.”

Leclerc, on the other hand, was less happy. The Monegasque driver said he “struggled a lot” throughout qualifying, but added: “we are quite quick, so hopefully we can gain some places tomorrow.” 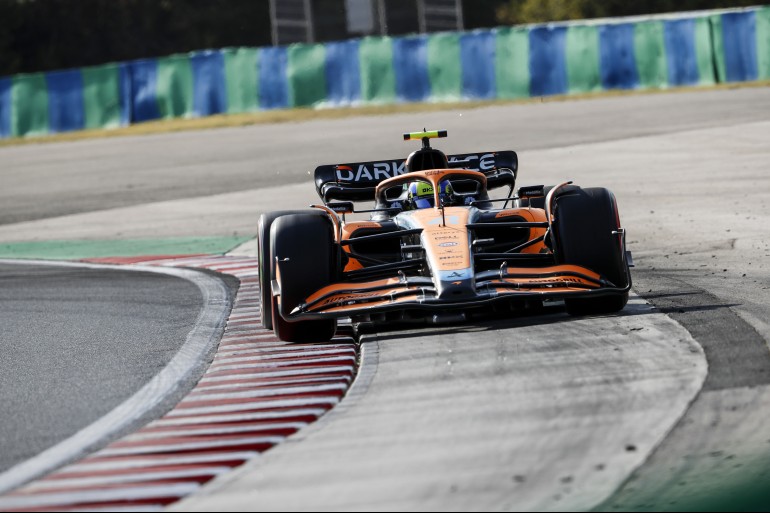 Lando Norris ended up fourth, joking that he was “a little bit disappointed because George takes some of my glory away!” But, more seriously, he said that “P4 as a position is very strong for us at a track where it is not easy to overtake, and I hope that’s the case tomorrow.”

Norris was followed by the Alpine pair of Estaban Ocon and Fernando Alonso, and Lewis Hamilton will start in seventh. Valtteri Bottas and Daniel Ricciardo start eighth and ninth respectively.

The shock result was Red Bull’s lack of pace. Sergio Perez was eliminated in the second round of qualifying and will start eleventh, while teammate Max Verstappen could do no better than tenth.

Despite yelling at his engineers on the radio, Verstappen was calm after getting out of his car. “There was a lot of analyzing going on to understand what was not really working well for us on Friday,” he said, “and it’s positive that we understood what went wrong and the car was so much better today on a track that doesn’t really suit us.”

Nicholas Latifi was unable to follow up his performance in final practice, where he topped the timing charts as the track faced mild wet conditions. The result marked the first time a Williams led a practice since 2017, but wasn’t followed up. “It’s frustrating to go from… I mean that’s literal ‘hero to zero,'” Latifi said.