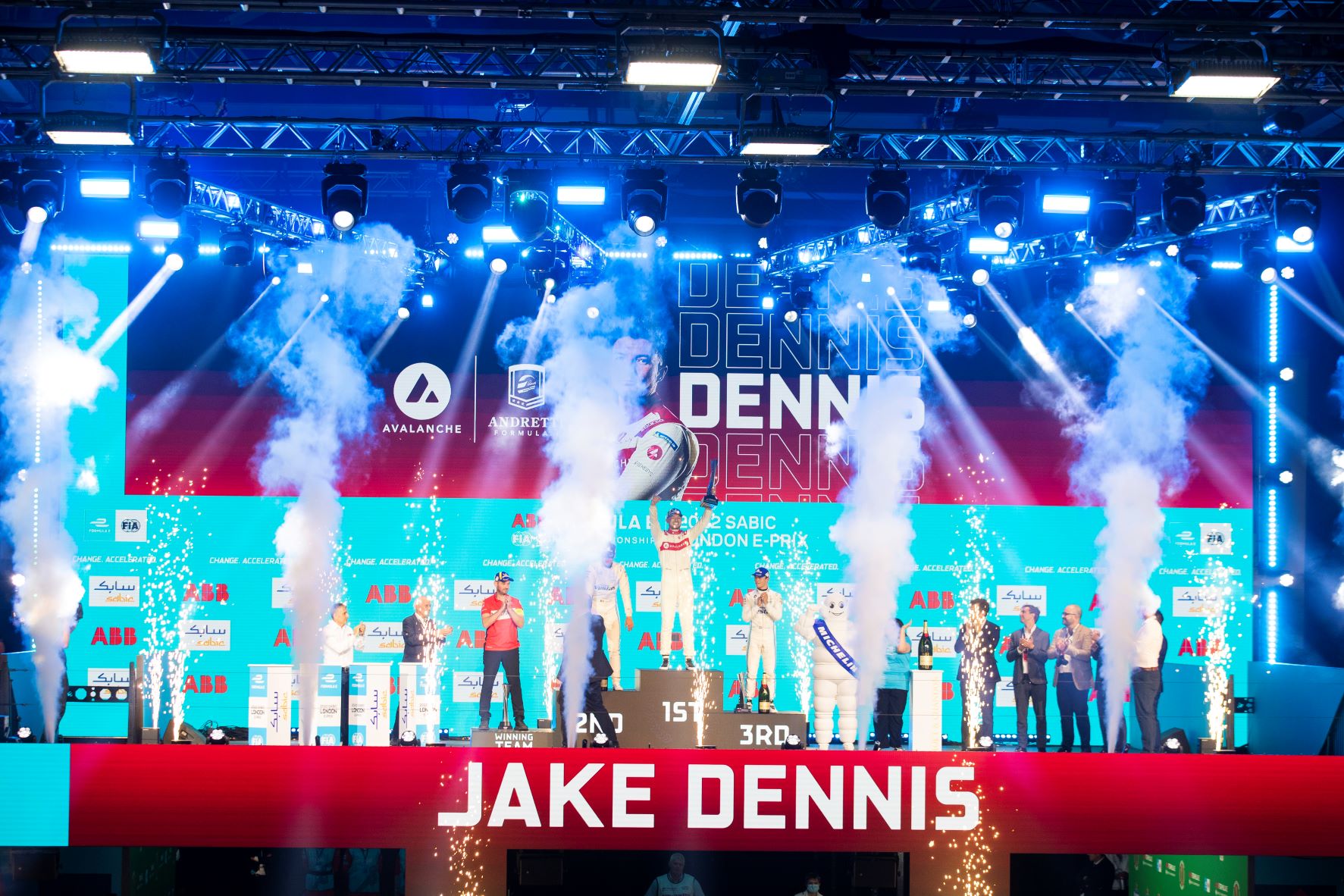 British driver Jake Dennis won a second Formula E race on his home track, but having the fans in attendance made this one so much more special. The Avalanche Andretti driver led every lap of the first round of the doubleheader at the unique indoor-outdoor track to cheers from the crowd.

Honestly it was one of the hardest races I’ve ever done just physically,” said Dennis, about the challenge of racing inside. “As the rubber gets down on the surface, it’s so hard to turn the steering wheel. So I had to manage that. But yeah, insane race and honestly when I crossed the checkered flag hearing the fans was one of the best experiences of my life — so, so cool. So big thank you to all the fans out here and the British support.”

“I’ve never experienced anything like it,” he gushed. “And obviously being in the indoor and the lights and seeing everyone stand up – it was just a lifetime memory. We’ve got to do a job tomorrow and obviously we’ve got to try to repeat this.” 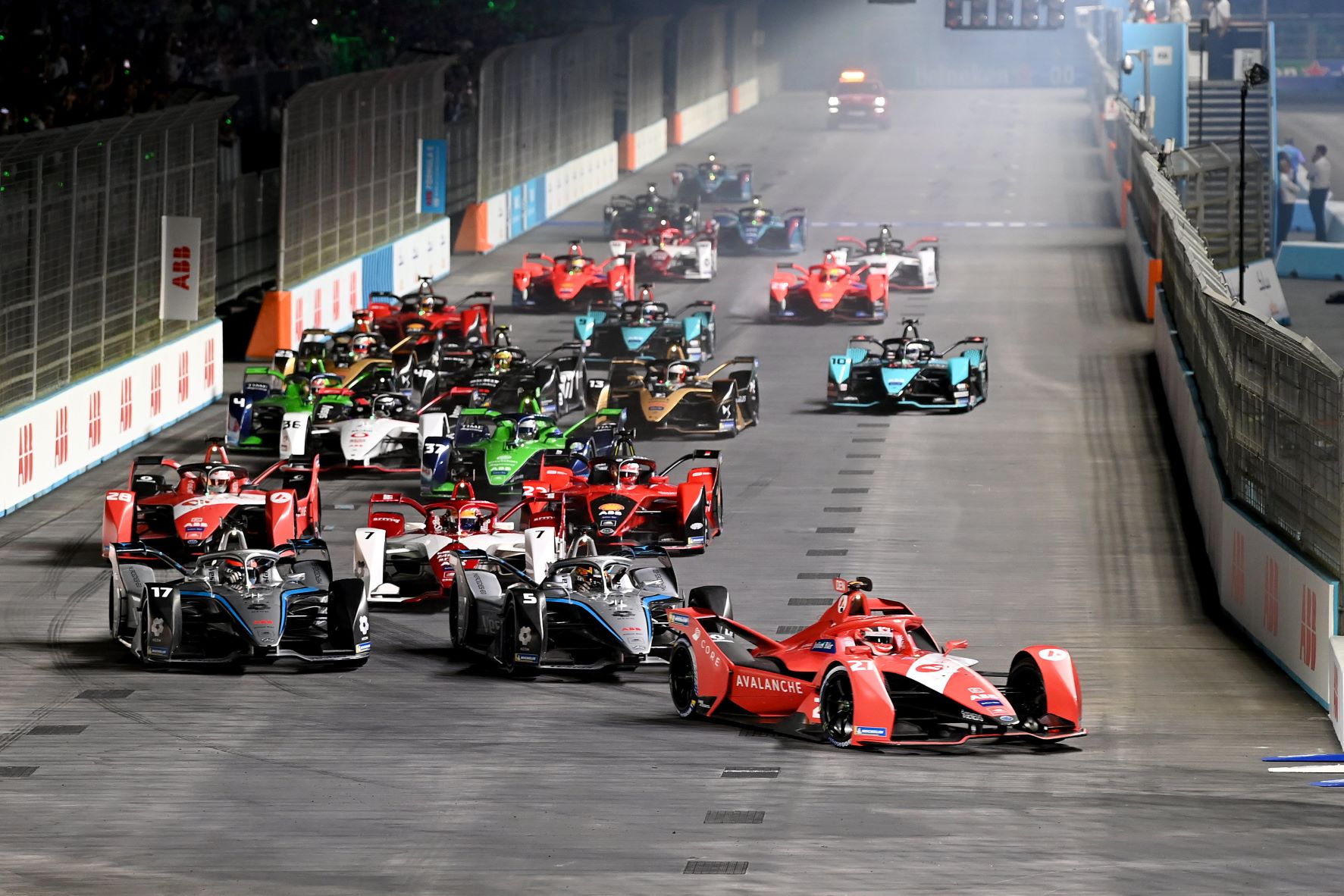 Stoffel Vandoorne was content with a cruise to second place for his Mercedes team, as it extended his championship lead over struggling rivals.

“It was a good day today finishing second,” Vandoorne said. “Well done to Jake – I think he had an incredible day. For us, there was really no answer to him. There was simply no opportunity to take him.”

“But,” he went on, “great team results second and third. So yeah, let’s keep pushing – three to go, and tomorrow is another opportunity.” 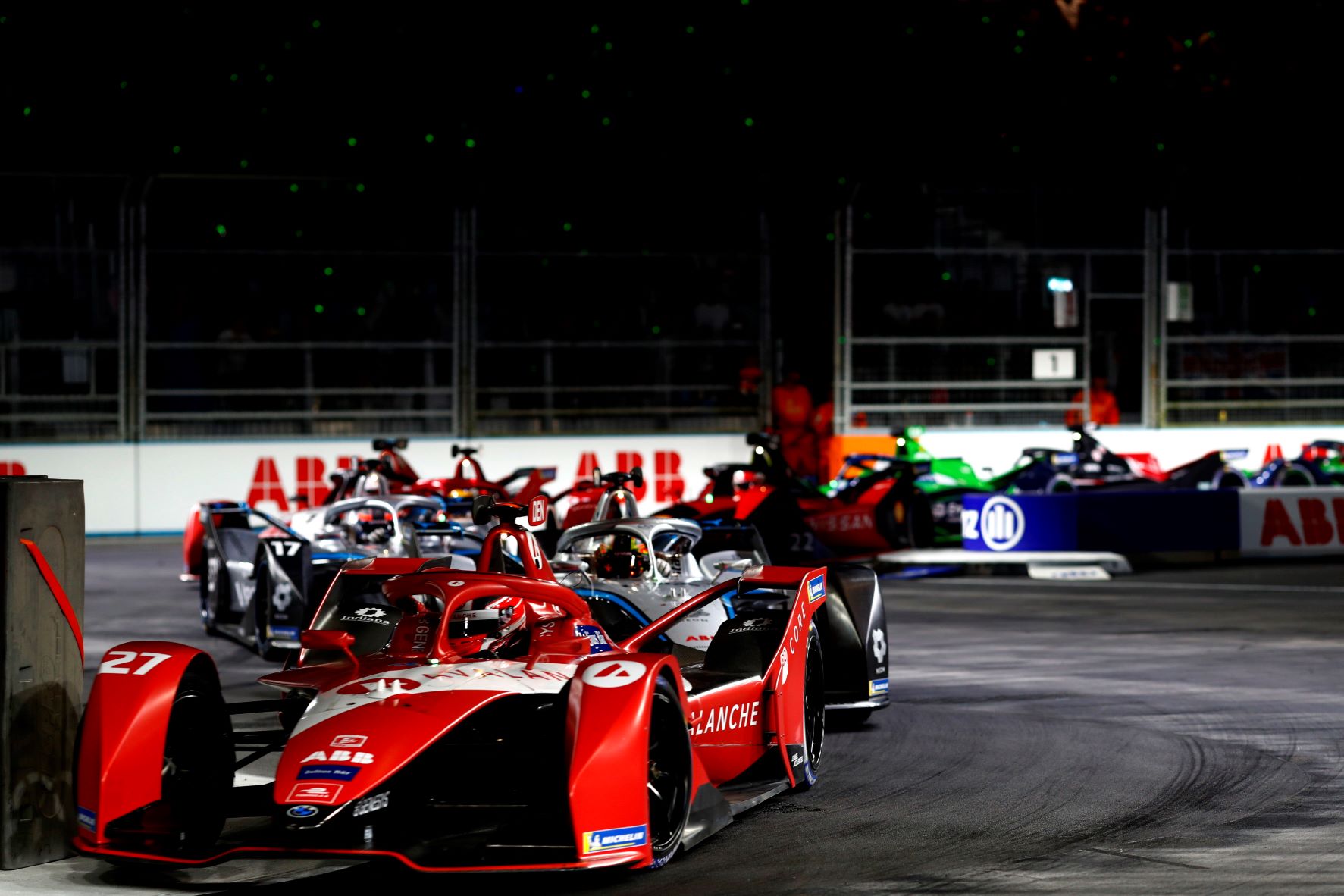 De Vries said early contact with wall made his race “a real struggle all the way through.” However, he added: “I’m glad that we brought it home in third and we scored good points for the team.”

“We still have three races to go and you see how quickly things can change in this championship,” de Vries said. “And it’s obviously super competitive and tight. So, we just got to make sure we do our job and then hopefully, it’s enough at the end.”