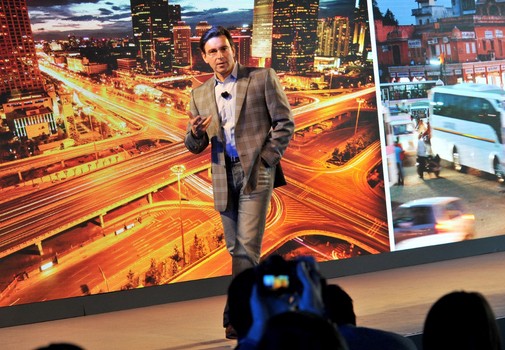 Ford Motor Company announced a new way for its customers to pay for their Ford vehicles Tuesday. The new program called Peer-2-Peer Car Sharing will be available to select customers in the U.S. and England.

Ford Credit will make the offer to 14,000 customers in six U.S. cities and 12,000 in London. The preselected owners can then sign up to rent their Ford Credit-financed vehicles to prescreened drivers for short-term use. The results will help offset monthly vehicle ownership costs the company said. U.S. customers will participate through the “Web-based, mobile-friendly” software of ride-share company Getaround, while London drivers connect through a similar rental system of easyCar Club. In the U.S. the cities are: Berkeley, Oakland, San Francisco in California, Portland Oregon, Chicago and Washington D.C.

“Consumers tell us they are interested in sharing the costs of vehicle ownership, and this program will help us understand how much that extends to customers who are financing a Ford vehicle,” said David McClelland, Ford Credit vice president of marketing. “As most vehicles are parked and out of use much of the time, this can help us gauge our customers’ desires to pick up extra cash and keep their vehicles in use.”

The news comes after Ford launched a ride sharing program in London last month. The GoDrive service allows drivers to select a vehicle from a fleet of electric vehicles that can be used one way between 20 locations in London. The program announced Tuesday will apply to those who have purchased their vehicles through Ford credit. While other car companies have shown an interest in this new style of car rentals, Ford isn’t the first manufacturer to develop and oversee such a program. General Motors partnered with peer-to-peer car share service RelayRides in 2011, allowing GM drivers to rent out their cars when they’re not using them.

The pilot program is expected to last through the end of November in the U.S and at least six months in the U. K. U.S. drivers will use Getaround’s app to set up the rentals, allowing drivers to list their car availability online and arrange payment.