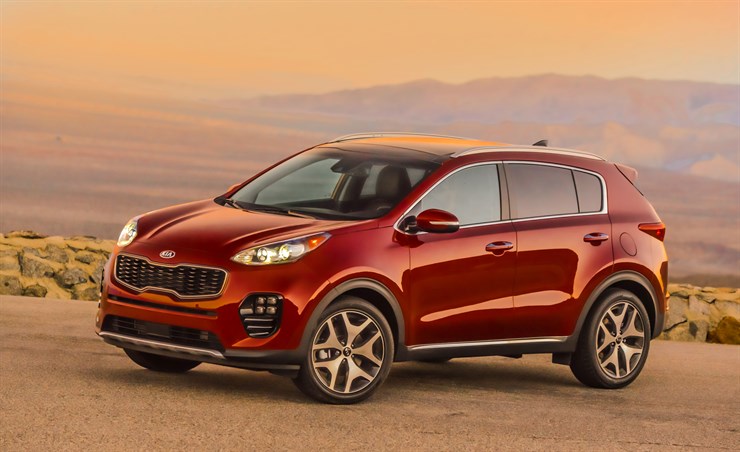 When Kia first came to the United States in 1992, I wasn’t too keen on them. Of course, many Americans weren’t exactly fans either.  The South Korean company, at the time owned partly by Ford, offered inexpensive sedans such as the Sephia after producing vehicles for Ford under the Mazda nameplate.

The Sephia was inexpensive, but it was also cheap. This meant that while they were easy to buy, their reliability wasn’t all that good. They seemed destined to go the way of the Yugo; an ugly footnote in automotive history. About the same time, Kia introduced a small odd-looking utility vehicle with an even odder name, the “Sportage”.  One of the quirks of the Sportage was the three door soft-top model.  The platform was based on the Mazda Bongo, an equally oddly named vehicle.

The Sportage, like most Korean vehicles of the era, suffered from a lack of quality, and had more than a few recalls.  By 2002, the Sportage was near extinction.  Kia filed for bankruptcy in 1997 and emerged on the other side in an owner-partnership with another Korean maker of inexpensive vehicles, Hyundai.  Slowly quality and reliability improved.

The Sportage, larger and redesigned, was brought back in 2005, and by 2009 the Sportage was gaining favor. In fact it was voted as most reliable by Consumer Reports in 2009.

Today the Sportage is only a shadow of its former small odd-looking self. Like the evolution from cave dweller to Homo sapiens, the Sportage is now modern; a player in the small crossover market. For 2017, Kia refreshed the fourth generation that was introduced in 2015. The 2017 is a bit bigger, and a bit roomier, and Kia sent me one to live with for a recent week.

After that week I can say truthfully, “This isn’t your daddy’s Kia”. Truth is that Kia has impressed me in the last few years, and this new Sportage continues that.

The base LX has full power accessories including cruise control, automatic headlights, LED running lights, rear air vents and a tilt-and-telescoping steering wheel.  Tech includes a 5-inch touchscreen, Bluetooth, a USB port, and a satellite radio with a six-speaker sound system, and a rear view camera, all sit atop 17-inch alloy wheels.

The EX moves the wheels up to 18-inch, and adds heated mirrors, foglights, a de-icer for the windshield wiper, keyless entry and ignition, heated front seats, with eight-way power adjustments that include power lumbar for the driver seat. There’s also leather upholstery that includes a leather wrapped steering wheel, and dual-zone automatic climate control. Tech features include an added USB port for the back, and a larger, 7-inch, touchscreen that includes Kia’s Uvo infotainment system.

The top of the line SX Turbo has 19-inch wheels and roof rails.  The foglights and taillights are LED, and the headlights are adaptive xenon. There are also LED turn signals, power folding mirrors, an auto dimming rear view mirror, and automatic high beams.  The suspension is sport tuned, and the power liftgate is hands free. The interior gets black accents including accent stitching on the dash and has LED lighting; the passenger seat gets the eight way power adjustments, both front seats get ventilation, and there’s a panoramic sunroof.  The steering wheel is heated and has a flat bottom, along with paddle shifters.  The touchscreen is 8-inch, and there’s a navigation system and an eight-speaker Harman Kardon audio system. The SX also has standard, blind spot monitoring with rear cross traffic alert, lane departure warning, front and rear parking assist, and autonomous emergency breaking system.

You can add many of the SX standard features in the lower levels alone or via option packages. 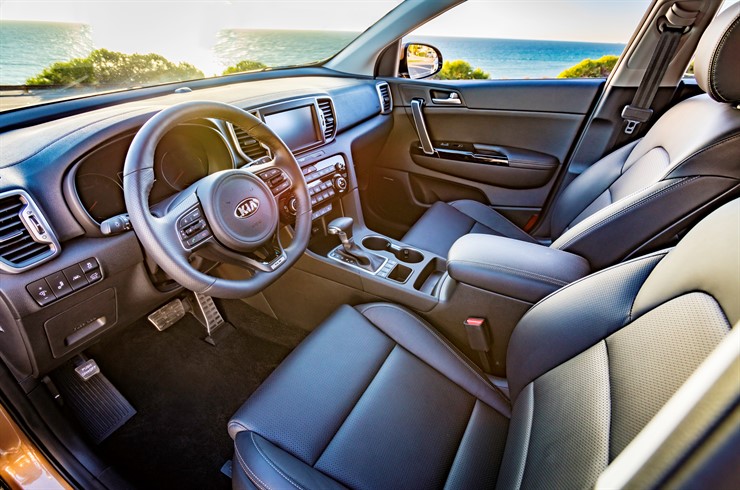 Under the hood, the LX and EX have a 2.4-liter four-cylinder putting out 181 horsepower and 175 pound-feet of torque. The SX Turbo gets a 2.0 turbo charged 4-cylinder with 240 hp and 260 lb-ft. Both engines deliver their power to the road through a six-speed transmission. Front-wheel drive is standard, all-wheel drive is an option.

I had the SX Turbo for my week.

The 2017 Sportage has added a bit more length (1.6 inches) and the wheelbase has been stretched 1.2 inches.  Inside, this gives a bit more room in the cabin especially in the backseats.  There is also a bit more cargo space, 31 cubic feet as opposed to last year’s 26 cu-ft.

Outside the changes are most evident in the front.  What Kia calls a “tiger-nose” grill in the front has seen the headlights moved higher, and the bottom fascia is now larger and lower.

The cabin is indeed roomy and comfortable, as roomy as a small crossover can be that is.  Something that constantly impresses with every new Kia is the upgraded materials and craftsmanship Kia has with each successive refresh, and this latest Sportage continues that.  The cabin is well laid out, functional and clean.  It’s almost as if someone from Germany was sitting over the shoulder of the designers (and no doubt complaining about the “Kimchi,” which “Smells very awful”).

On the road the power is more than enough for everyday use (Kia says the Sportage can tow up to 3000 lbs.), and the six-speed transmission kept up just fine.

Kia wants the SX Turbo to be the sportiest one of the line, and while the 2.0 turbocharged engine can perform, it’s less like a speedster and more like a schoolboy with asthma who can just barely complete the physical fitness test. Sure it’s good, but not overly powerful or quick (0-60 around 7 seconds).  But while it may not be a speed demon, for what it is and priced under $34,000, the Kia Sportage is a very nice addition to the small crossover market. It shows that Kia has come a long way. Kia vehicles may still be inexpensive, but they are far from cheap. 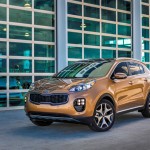 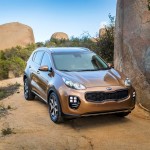 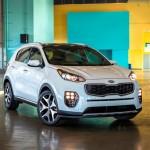 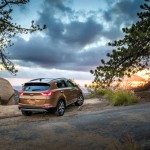 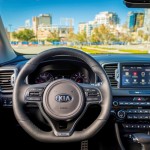 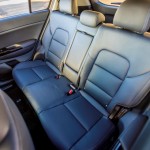 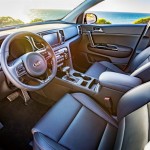 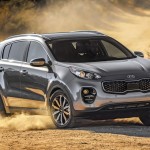 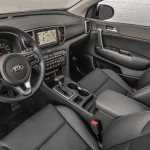 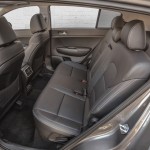 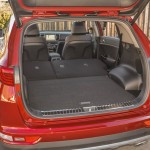 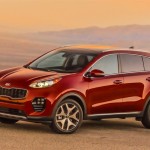 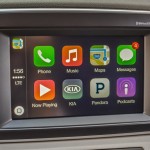