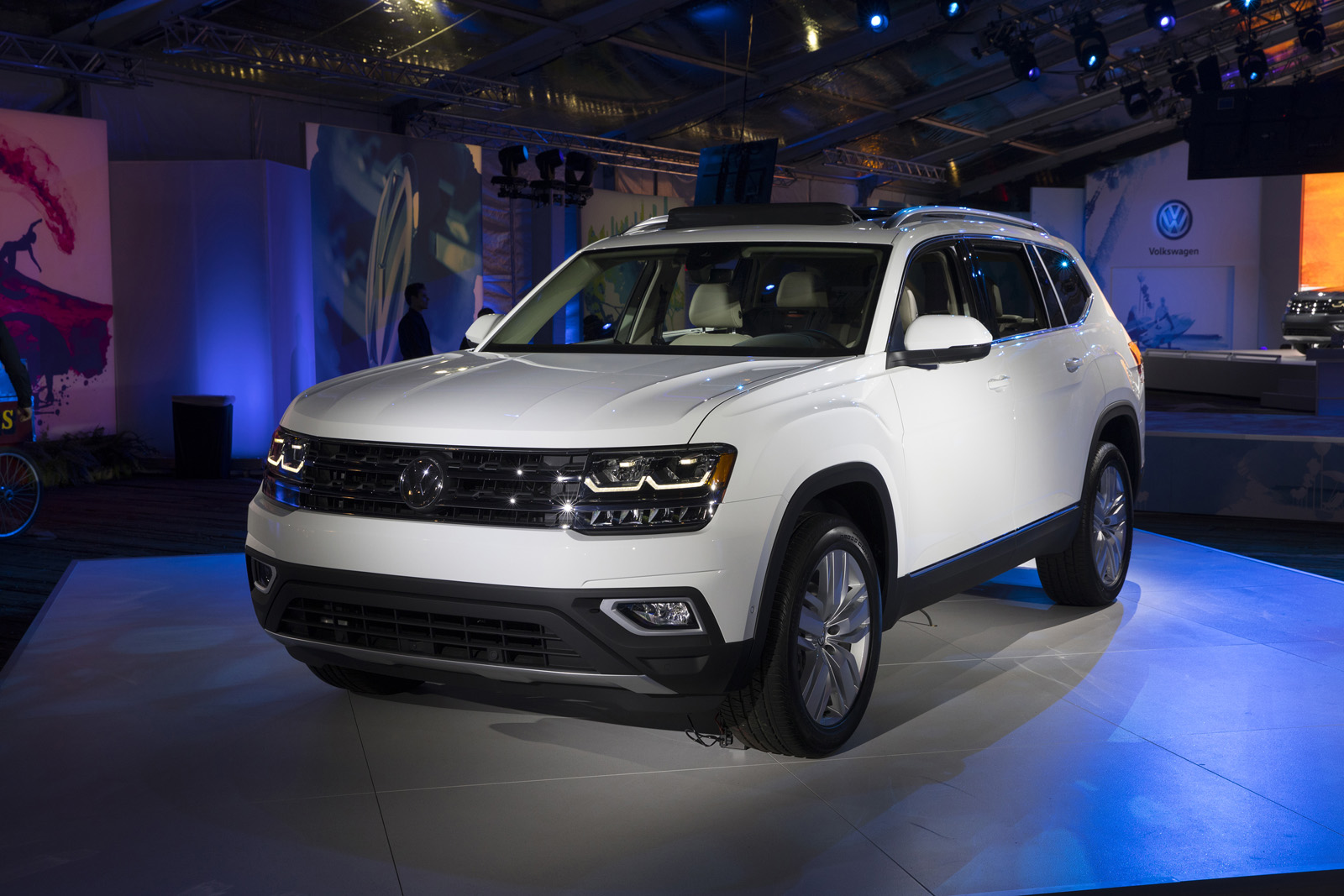 Suppose the world were turned upside down; dogs and cats living together in harmony, no one arguing about politics, hipster guys shaving their beards off after admitting they only look like lumberjacks, and don’t actually know how to use an axe; Taylor Swift keeping a boyfriend for more than a week; actually using every single app on your phone, men asking for directions when lost; VW making a large SUV.

Those things of course will never happen, save one.

Behold the mighty Atlas, the new three row SUV from the German company that is famous for its little Beetle, and its zippy Golf.

I didn’t believe it until I saw it. But indeed, such a thing does exist.  Built in Tennessee, designed for Americans, this isn’t your typical Euro style machine with a premium on interior space; no this is a full on, move out the way, take up an entire lane SUV that has enough interior space to start your own rolling Karaoke bar.  Even the name is decidedly un-Volkswagenish; instead of Toureg or Tiguan, they simply named it Atlas, which is also easier to actually pronounce.

They sent me one for a recent week, and if you can’t already tell, I was impressed by its size; as were many people who looked at it and said the same thing: “That’s a VW?”

This all new offering comes in five trims; S, SE, SE w/technology, SEL and SEL Premium, front wheel drive is standard, all wheel is optional, though standard on the SEL Premium.

While all the trims have a great deal of the features VW is known for, by the time you get to the top of the line SEL Premium you are rewarded by full leather, an upgraded 8-inch touchscreen in the center display with satellite radio, nav and park assist, and the configurable Digital Cockpit for the dash which is actually a video screen. This is all in addition to the 12-speaker Fender sound system, LED lighting, power mirrors, rearview camera, cruise control, and the same niceties found in the other trims. 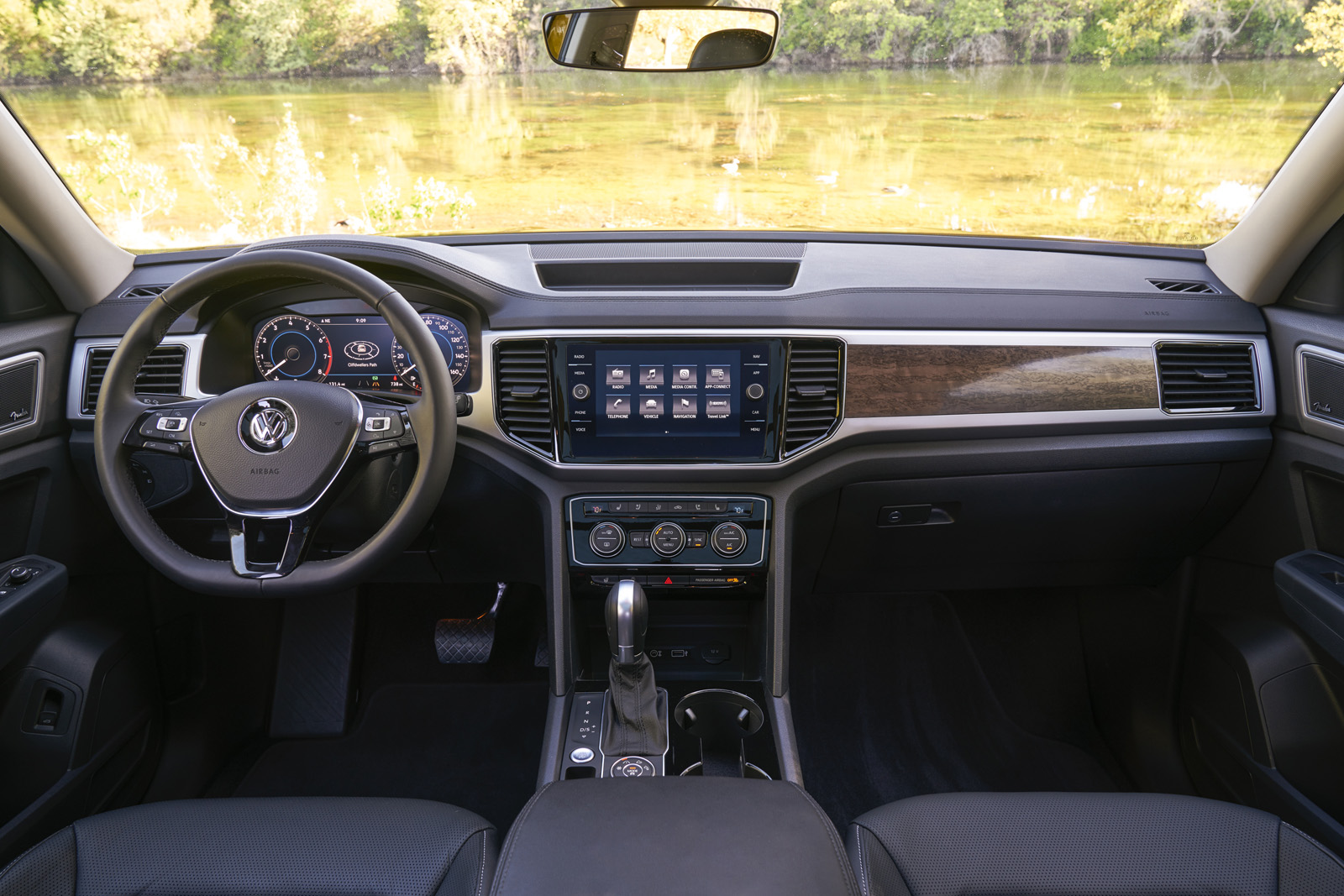 When it first arrived I really had to do a double take; having a VW badge on something this big (nearly 200 inches long and 78 inches wide) was, well, weird. For comparison those are the same exact dimensions of the Ford Explorer I had just a few weeks prior.

Unlike the Explorer, inside the interior of the Atlas is typical VW, clean and functional with an efficient layout. It feels much more open and less confined then the Explorer, or any of the others in this class that I have tried.  This openness is perhaps why there seemed to be so much room inside.  It’s helped by the fact that when the seats fold down they form a nice low, and flat, cargo floor.  When all those rear seats are folded down there is a massive 97 cubic feet of space; currently nothing in this class can top that.

The standard engine is a four-cylinder with 235 horsepower and 258 pound-feet of torque.  The optional (standard on the SEL Premium) is a V6 delivering 276 horses and 258 lb-ft torque. An 8-speed automatic transmission delivers the power to the road.  The All-Wheel drive, like I had on the Premium, has an active control that can be dialed up to suit road, or off-road, conditions.

Speaking of on the road, the Atlas performed very well. While some have complained about the lack of power even in the V6, I didn’t find this to be the case. In fact, when need be, a shift into “Sport” mode gave plenty of power for just about any situation, although truth be told, even without the Sport mode power never seemed to be an issue.  It’s very comparable with the Explorer which has more horses (365 to 276), but is also 400 pounds heavier (4901 to 4502 curb weight).

While driving that clean interior allowed for good views all around, and thanks to the simple functions of the controls less attention was paid to adjusting the AC then keeping your eyes on the road.

So what didn’t I like about this new Atlas? Well, let me tell you: (cue the crickets).  Nothing.  VW has finally made something that is an All-American design, suited more for the big road of the good old US of A, than the pathways they have in Europe.  At a time when more and more Americans want a good-sized SUV, VW is delivering.  Some may be put off by the price, my top of the line fully outfitted SEL Premium has an MSRP of $49,415, but considering the others in this class cost about the same, or more (the Explorer I had was $55,420), the Atlas is priced just right.

Hipster guys will probably keep their beards, and although it would be funny to see the flat-earthers fall off if we could really turn the world upside down, there are some things that will never happen. But indeed, Volkswagen has built a large vehicle, and have done so very well. 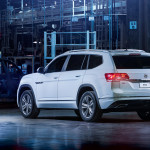 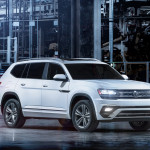 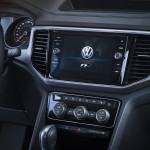 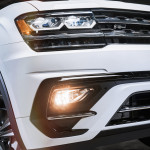 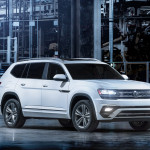 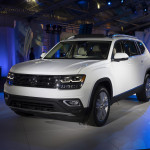 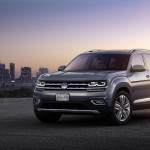 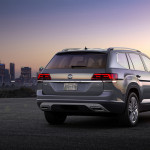 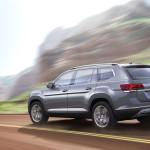 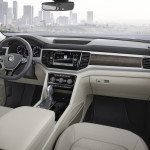 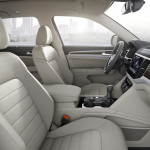 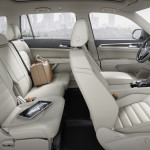 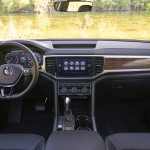 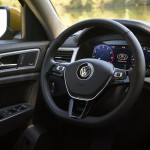 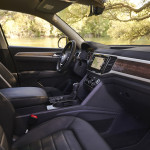 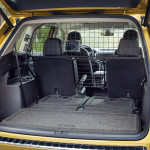 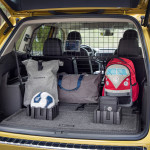