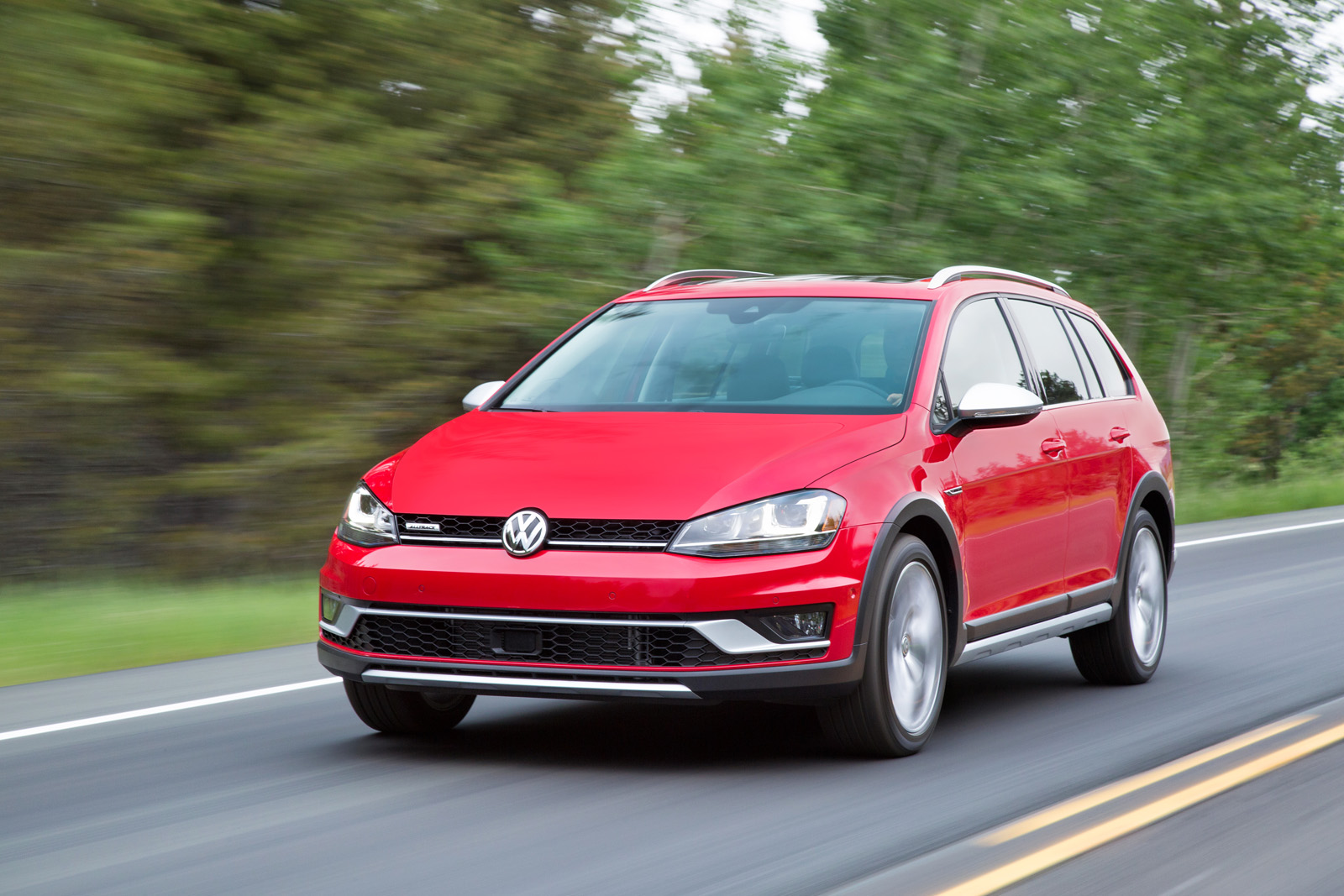 VW has been pretty good to me through the years; I’ve tested/driven many of their vehicles: Golf, Passat, Tiguan, Touareg, and all manner of Beetle.  It’s been a hot and cold type of relationship in some ways. Recently, I had time with the brand-new Atlas and loved it.  Last year I had a week the SportWagen, and was unimpressed.

Part of the hot and cold problem perhaps is that you always know you are in a VW. Blindfold me and put me in the seat and after a few feels I could tell you I’m in a VW.  That’s not a bad thing, you could do the same in many manufacturers cars; a BMW, Mercedes, Ford, most all carry over the same kind of design cues from model to model.

The issue I’m having with the VW is uninspired nature of the overall design. Sure, they are fine vehicles; it’s just that this plain utilitarian styling doesn’t work in every model.  In the Atlas, it worked, and worked well.  In the SportWagen, not so much.  This plain design only added to the overall plainness I found with the SportWagen, which in my opinion at least was a characterless station wagon with little to like. Sure, it does the job, it just doesn’t have to like it.

But would it be enough?

The 2017 Volkswagen Golf Alltrack comes in three trim levels: S, SE and SEL. It’s all wheel drive, with a 170-hp 1.8-liter turbo four-cylinder under the hood. You can get a six-speed automatic, and surprisingly a six-speed manual as an option.  The base S is already very well equipped with a rearview camera, Bluetooth and smartphone integration, heated seats, fog lights and a 6.5-inch touchscreen infotainment screen.

I had an SE for a week with additions including automatic headlights and wipers; keyless entry and ignition, and a panoramic sunroof; it had the optional Driver Assist package, with adaptive cruise control, forward collision warning; autonomous emergency braking, and front and rear parking sensors.

It also had the optional six-speed manual (yippee!)

For those who think the Alltrack is simply a SportWagen with four-wheel drive; you would be wrong. 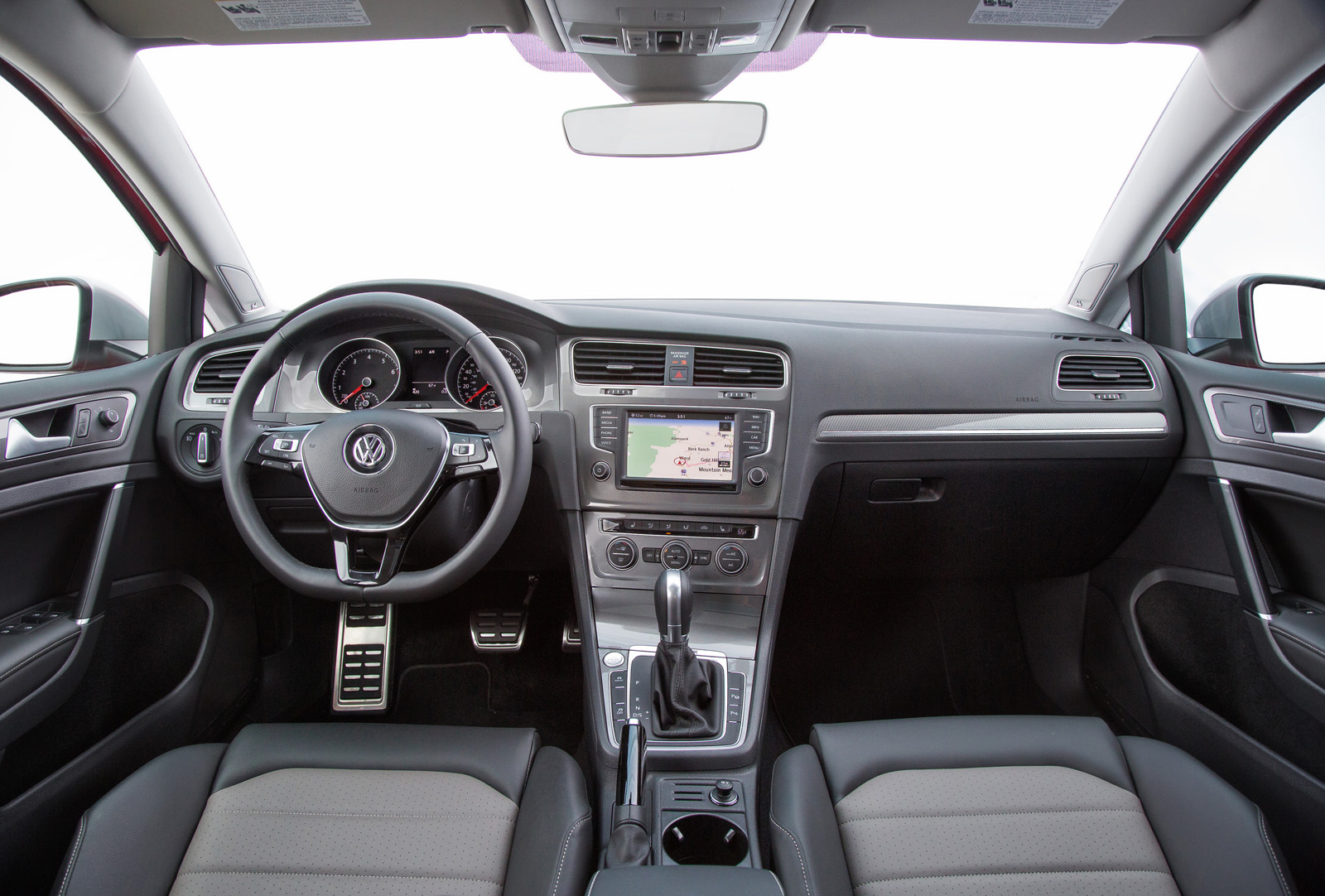 Yes, there are only small differences, a half an inch of height, and 1.4 inches in ground clearance, however those changes when combined with the all-wheel drive make all the difference in the world.  The six-speed manual may have added to that difference, but whatever did gives the Alltrack all the character the SportWagen was missing.

The engine remains the same, the 1.8 with 170 horses and 199 lb-ft torque, and while Alltrack is a bit heavier (3422 lbs curb weight, versus 3120 of the SportWagen), there seems no difference in the power on the road. The Alltrack does have controllable drive modes including sport and off road, something not seen, or needed in the SportWagen.  And on the road the Alltrack is as fun to drive as anything in its class.

Sadly, the thing that does remain the same is the design cues seen in all VW vehicles.  It remains somewhat uninspired, plain, utilitarian, and frankly, boring.

On the road this Alltrack is fun to drive, and as a contender to Subaru’s Outback, is a worthy one.  It’s worlds apart from the SportWagen, save for the interior.  If those stuffy Germans decide to open up the interior color palette and add a few curves to their squared off world, the Alltrack and the rest of the VW fleet might just be that much better. 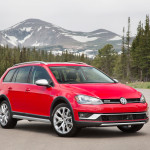 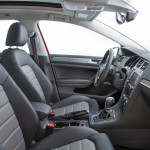 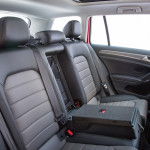 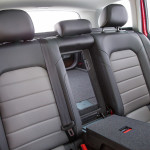 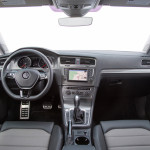 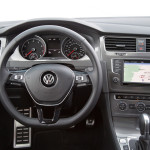 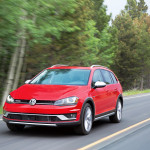 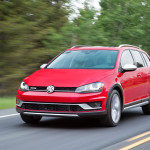 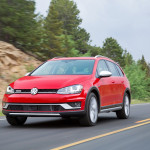 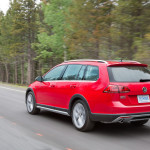 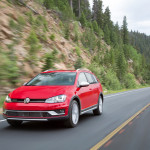 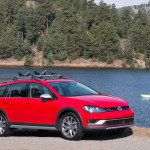 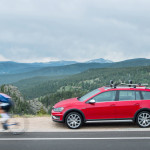