In a fast paced ever changing world, it’s nice to know some things stay the same.  The VW Golf is such a thing that has stayed pretty much the same.  For 41 years the nimble VW Golf has been a staple of suburban driveways in America, and it shows no signs of drastically changing that anytime soon.

The Golf family is actually quite large; there’s the Golf, the GTI, the R, the e-Golf, SportWagen and the Alltrack.

At the center of it all is plain old Golf. A car that remains an affordably priced not too fluffy well-built hatchback with an interior that seems larger than it really is, an engine that powers it faster than it looks like it will go, and leaves a driver with a satisfying feeling on the road that belies its plain appearance.

VW recently delivered a 2017 TSI SEL for a week. And I wasn’t disappointed. I was however a little confused, at first.

The 2017 had a few minor changes, including, according to VW, the dropping of the two-door model and the replacement of the SE and SEL levels with a Wolfsburg edition.  Oddly though the model I was delivered was the SEL. A 2017.  Turns out you can still order the SE and SEL trims, they just aren’t part of the everyday lineup.

The SEL is priced higher than the (new) top of the everyday lineup Wolfsburg, and has most of the best features VW can put in its Golf.

Of course, the base model S comes nicely equipped for under $20,000 with such things as Bluetooth, a 6.5-inch touch screen rearview camera, Apple CarPlay, Android Auto and VW’s Car-Net.

Under the hood, the Golf has a turbocharged 1.8 liter 4-cylinder engine putting 170 horsepower and 199 pound-feet of torque to the front wheels via a standard five-speed manual transmission or an optional six-speed automatic. There’s no fancy drive modes, but you can pull the automatic transmission down into Sport mode, for a fun, spirited drive.

I had the automatic for the week, and while I could drone on and on, anyone who is even remotely interested in a midsize hatchback knows the Golf.  It drives well, has a roomy well laid out interior, and is affordable for just about everyone.

For 41 years the Golf has been an anchor in an ever changing (it seems) class of small, affordable hatchbacks and sedans.  For 2018, the Golf will get a refresh. But don’t look for too many major changes. In this ever-changing world, one thing that hasn’t changed all that much is Volkswagen’s Golf. 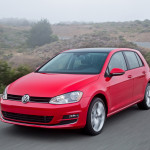 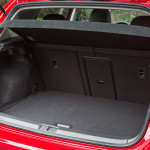 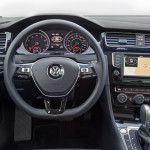 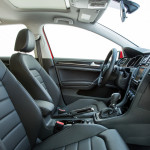 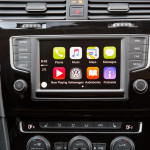 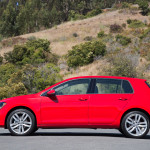 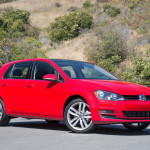 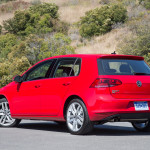