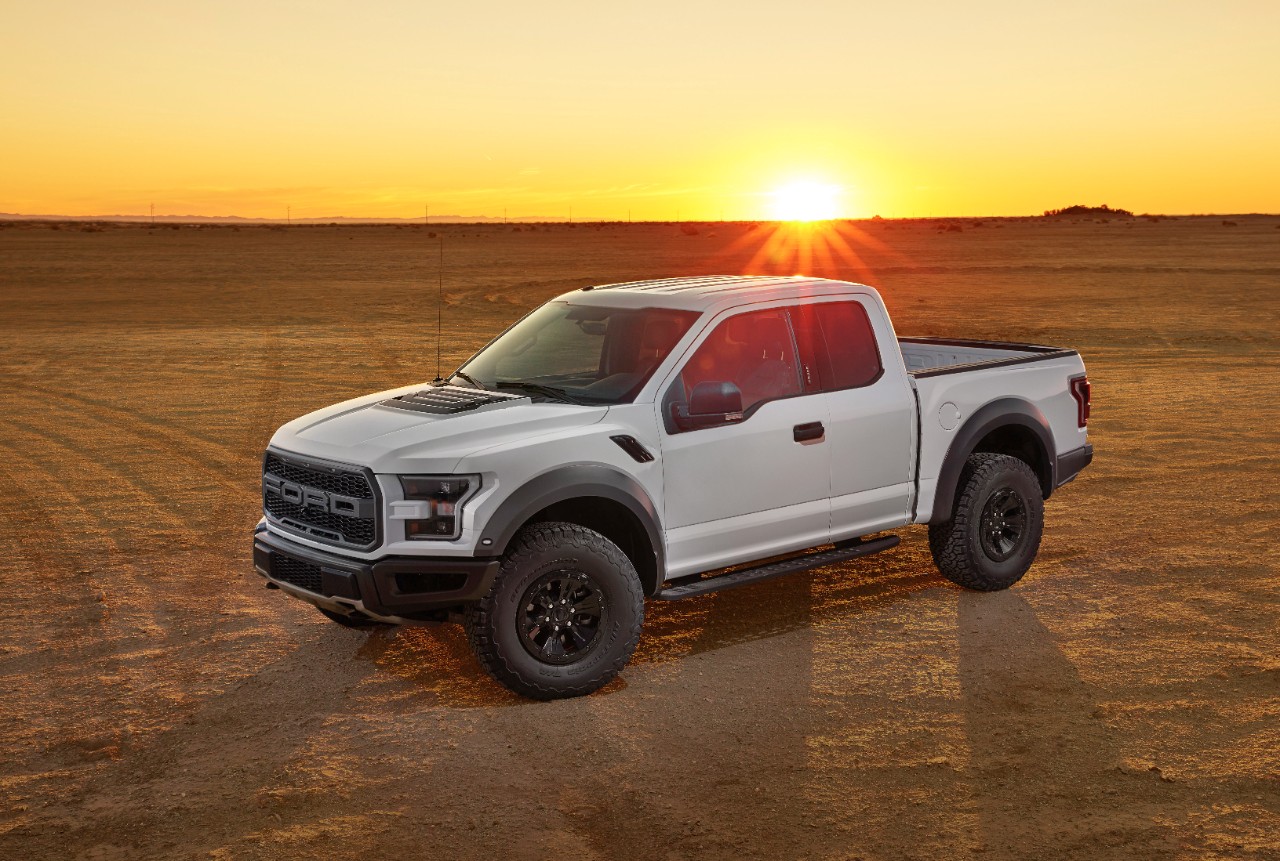 There are things that are uniquely American. Things that seen elsewhere in the world just wouldn’t look right: A cowboy hat on the Pope, a cheeseburger being served in a French bistro, Larry the Cable Guy giving a speech in Parliament.

Another uniquely American thing is the pickup truck.  It’s something one won’t see cruising up the Avenue des Champs-Élysées in Paris.  No, a pickup is something you’ll see carrying the stuff that needs to be carried here in the good old US of A as we live a life of excessive consumption, feeding our insatiable appetites for the good life, and pompously living at the center of the known universe.

And on the weekends four-wheel drive pickups can be seen charging across the desert in the West and slogging through mud bogs in the South.

Among pickups, perhaps nothing is more uniquely American then the Ford F-150 Raptor. This supersized, in-your-face beast is an F-150 on steroids, a muscle-bound Lou Ferrigno, constantly posing for Mr. Universe. In some ways, it’s the pompous American the rest of the world thinks we are.  “Get out of my way or I’ll run your over!” Loud, obtrusive, and oversized. Behind the wheel of a Raptor says it’s your world, everybody else just lives in it.

Ford sent me a 2017 Raptor for a recent week; white, huge, with knobby tires and handrails to help you climb in.

And I loved every minute of a week with this most unique of uniquely American things.

The Raptor has been around since 2010 (known then with the SVT designation).  Late last year the second generation was introduced as a 2017 model. It’s based on the aluminum-body Ford F-150 introduced for 2015; however, the Raptor shares only the cab with its more timid cousin.  The rest, the bed, hood, and front fenders, are larger to make room for the larger tires.

There are two variants of the Raptor, the SuperCab, and as if it wasn’t already big enough, the SuperCrew version with four full-size, front-hinged doors that adds an extra 11.9 inches to an already bigger than the F-150, body. Overall the Raptor is six inches wider than the “normal” F-150.

One of the big changes for this new generation is under the hood. Gone are the mechanical guts once pulled from the Ford Super Duty; replaced with a newly designed 3.5-liter twin-turbo EcoBoost V6 paired with a new 10-speed transmission. It puts out 450 horsepower and 510 lb-ft of torque. 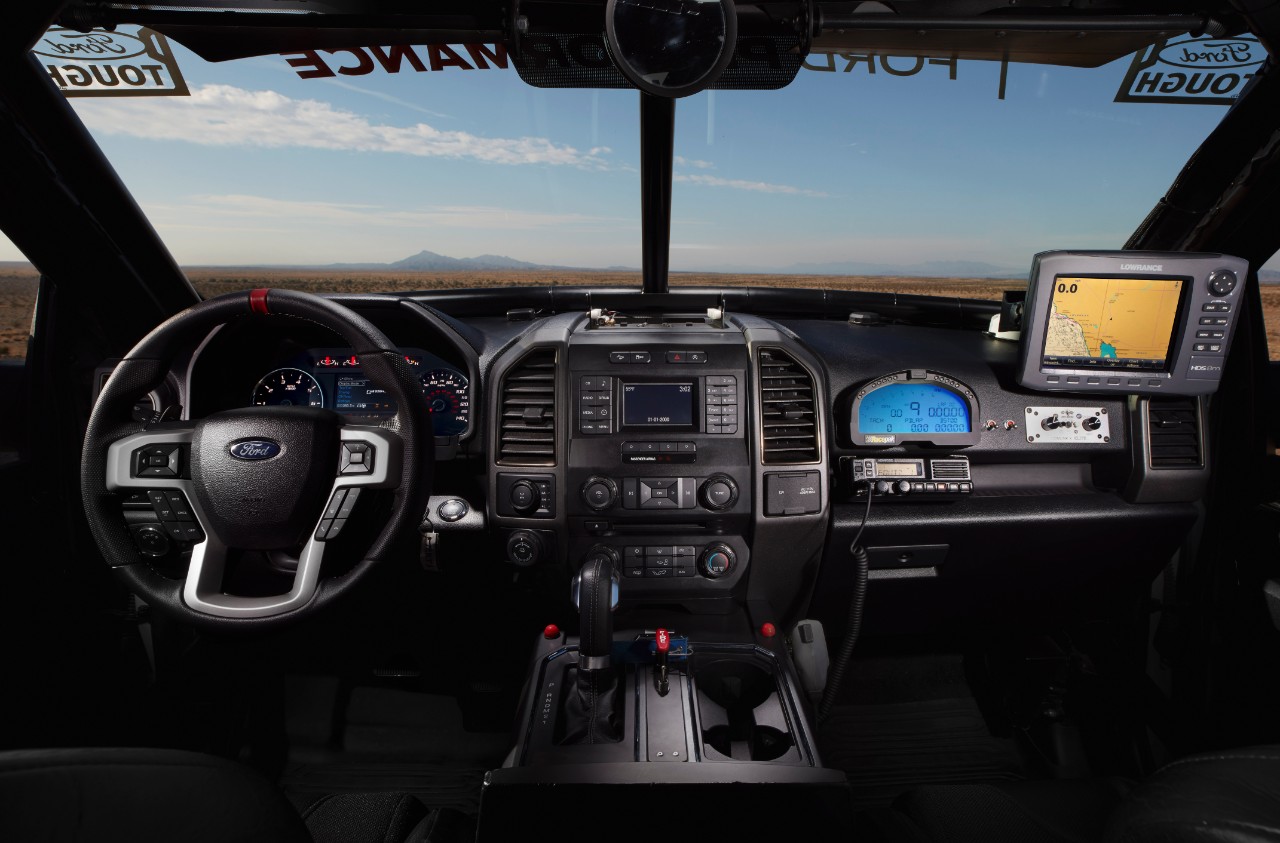 As it’s meant to be, the footprint of the Raptor is a large one, thanks in part to the oversized F-150 body but aided by the 34-inch-tall, reinforced-sidewall BFGoodrich All-Terrain T/A KO2s, which on my model were mounted to optional beadlock-ready 17-inch wheels.

Think “King of the Mountain” when in the driver’s seat. The view is commanding; like all the F-150 lineup, the drop in the front part of the door windows gives that little extra that seems to make all the difference in the world.

On the pavement, I quickly learned that when in two-wheel drive mode the drive is a bit unstable. Fortunately, there is the option for 4-wheel drive high, with a sport mode that helps a momentary turbo lag.  In all there are several modes: all-four-wheel-drive, High, Low and Automatic and a Terrain Management System with Sport, Normal, Weather, Mud/Sand, Baja, and Rock/Crawl.

Surprisingly on the road in everyday traffic the Raptor behaves very nicely. Yes, this is a large beast, no parking in the “compact” spaces, but the overall drive isn’t bad.  This beast is meant for off-road adventures, yet can deliver a ride on the road that won’t leave you jarred and shaken.  Despite those knobby tires, the ride is relatively smooth and about the only noise that seeps into the spacious cabin is the sweet sound of the turbos whistling and the roar of all those horses when the engine is called upon.  And that 10-speed automatic transmission shifts almost flawlessly.  It’s sort of like your cousin who’s actually a bad ass, but who covers their tattoos during the week.

No, you won’t be zipping around traffic like you are in a Porsche, but you’ll have that kind of power and I dare you to take a 911 down a dusty trail, or through a mud bog.

The Raptor is a great example of all things American: it’s big, ostentatious, and in your face. There is little doubt that this big brute can’t take just about anything you can throw at it and mind its manners when needed.

We Americans may be pompous brats prone to excessive consumption in the eyes of the rest of the world, but that’s okay, we live in the Land of the Free and Home of the Braves (insert eagle cry here), and with the Raptor we can charge up those purple mountains and across those amber waves of grain. 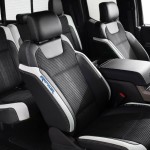 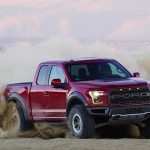 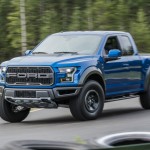 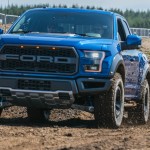 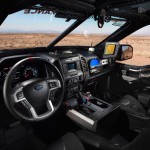 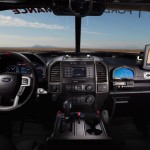 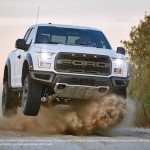 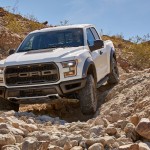 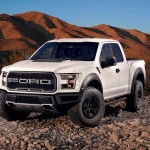 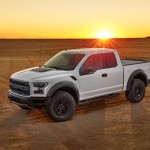