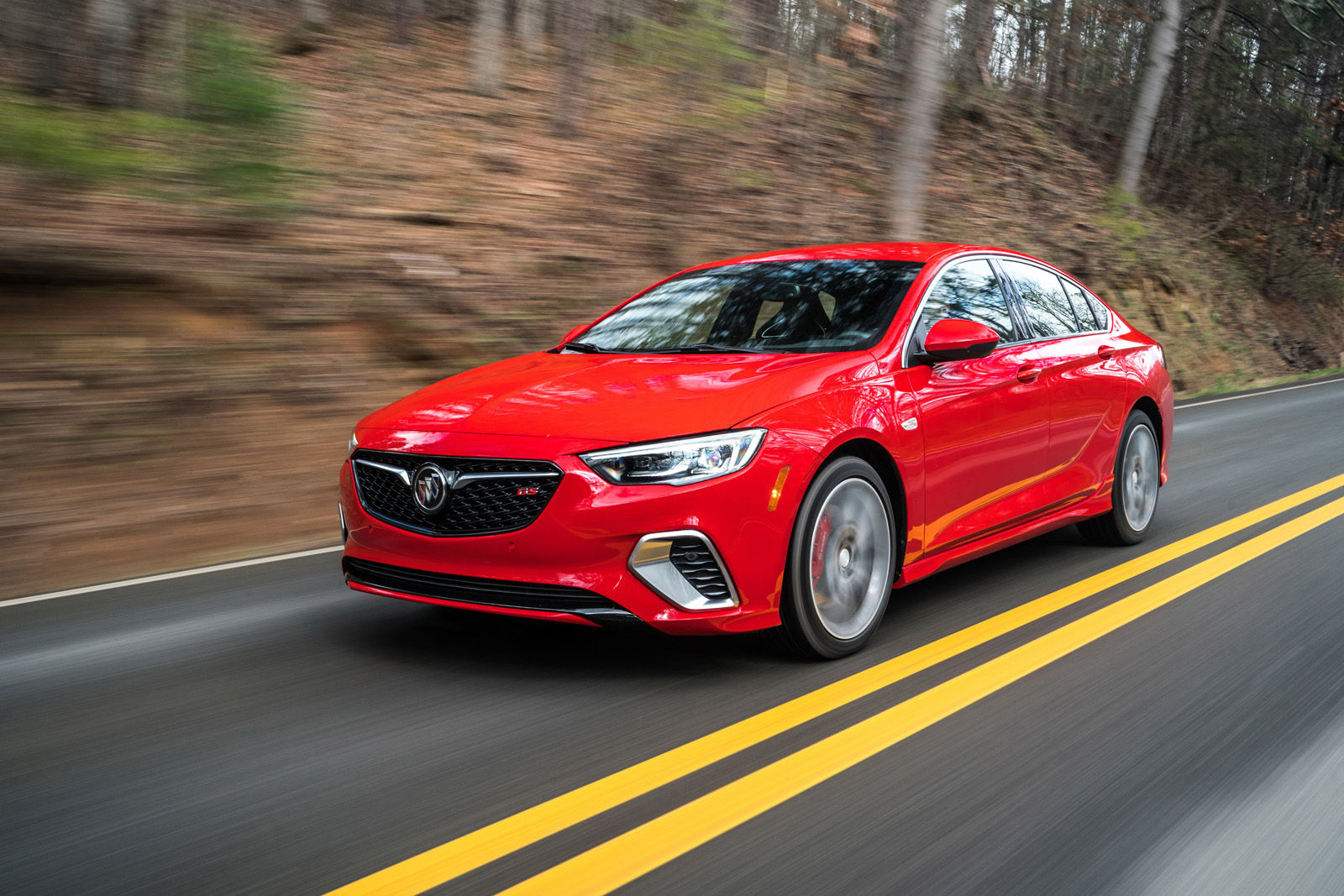 I usually have some predispositions when I know what car I’m getting for the week. Normally I’ve had an earlier model, or I’ve seen commercials for the model all over the place, coincidently normally timed with manufacturers sending out models of its press fleet so we reviewers can write something about them (smart people those automotive marketers).

That’s why I was sort of surprised by the recent delivery of a 2019 Buick Regal GS.  Sure, I had one back in 2014 and liked it.  But in my old age I had forgotten about that week, sort of like how I forget the reason I came into the kitchen sometimes. And I had yet to hear anything about this latest Regal, anywhere.

Yet, here it was. The GS. But this one was different.

There was another change, a very good one indeed.

The 2019 Buick Regal Sportback can be had in six trim levels: 1SV, Preferred, Preferred II, Essence, Avenir and GS. The 1SV and the Preferred are value priced and don’t come with a ton of features (don’t fret the base model gets 17-inch wheels, automatic headlights, LED daytime running lights, heated power side mirrors, keyless entry and ignition, 60/40-split folding rear seats, OnStar (with a 4G LTE connection and Wi-Fi hotspot), a 7-inch touchscreen interface, Apple CarPlay and Android Auto smartphone integration, a USB port, and a seven-speaker sound system).

Most Regal Sportbacks come with a four-cylinder engine under the hood. The sporty GS however is the exception. 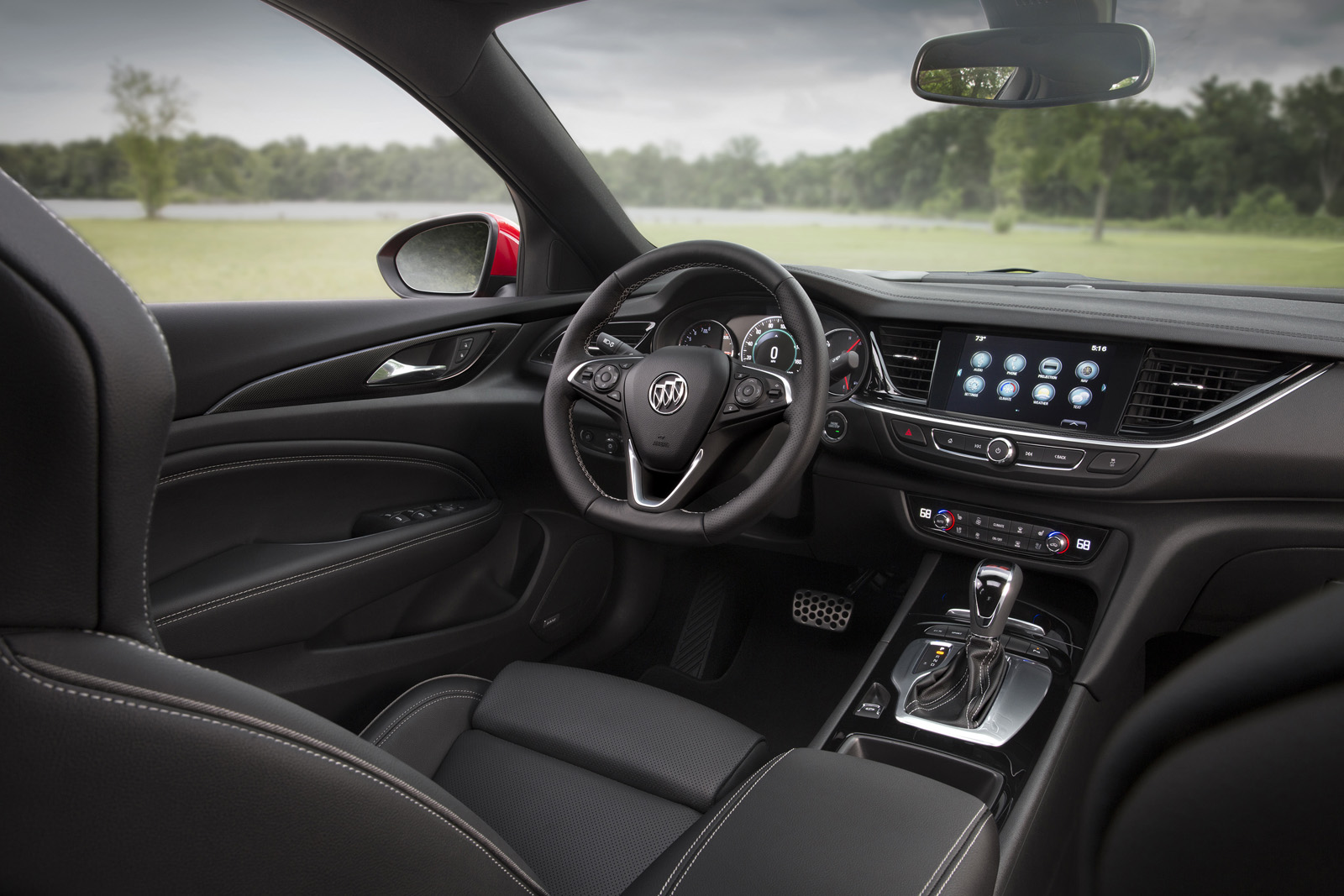 I remember that I liked the 2014, and the 4 banger did okay, but just.  This new V6 however is just the ticket.  The 2019 GS actually acts like a GS. It’s also All-Wheel drive making it more maneuverable than ever before.

The redesigned interior is still Buick’s understand luxury, not like Mercedes luxury, but not stripped down.  My GS had several upgrades including an 8-inch touchscreen, and tons of safety features including adaptive cruise control and front pedestrian braking.  Perhaps the best feature of all, front seat massagers. Now for those of you who are regular readers, first-thank you, but you know that any car with seat massagers automatically earns 10 bonus points with, which would be great if I were actually awarding points, but I’m not, but still.

On the road the power is more than adequate with enough of a low growl to hint at what’s under the hood, and with the AWD and sleek body it handles aggressive cornering with ease.

So, I love it. But it seems there might be a problem with the lovely 2019 Buick Regal GS: It’s a sedan.

The world is going to the SUV it seems.  Sedans and other traditional cars are falling by the wayside. And I fear the Regal may follow.  But Buick has answered this with the Sportback. There is 31.5 cubic feet of cargo with the rear seatbacks up, more than some compact crossovers. Add that to a lower load and the maneuverability of a sedan and we can only hope that the Regal will be a survivor and be available to those of us who still love the sedan for many years to come.

I know it will be something I remember for quite some time to come. The Regal GS is a good everyday sedan with a hint of luxury with a bit of a naughty side. 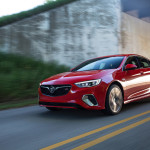 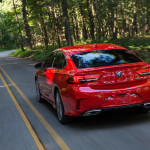 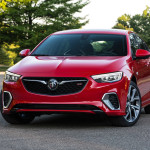 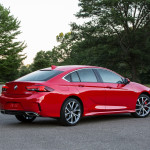 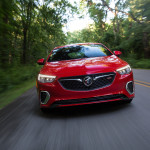 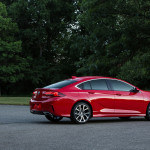 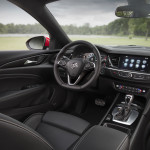 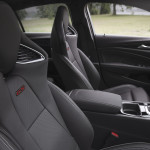 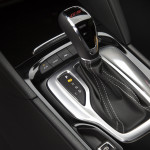 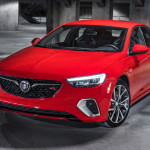 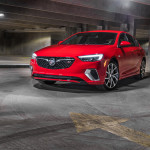 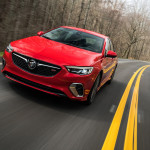 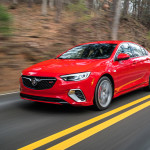 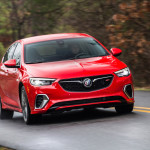 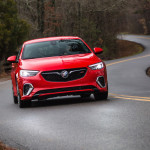