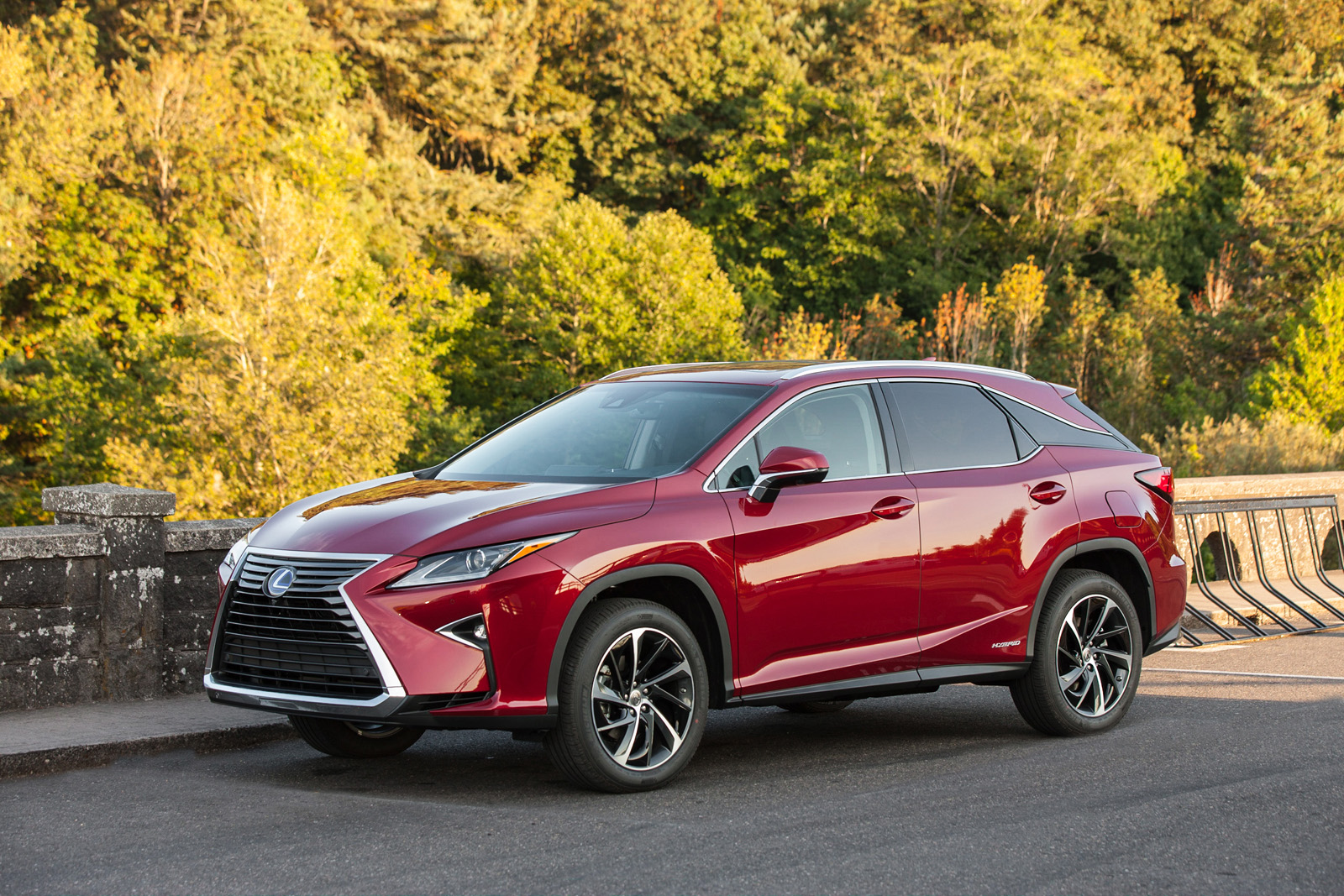 I read a story recently about some young men who made a raft entirely out of potato chip bags. Of course, it floated. In fact, floated well enough to carry them across a river.  We all know that bags of snacks such as potato chips are filled with air, lots of air; so much air that we feel cheated when we open the huge bag only to discover it’s half (or less) full. Of course, there are other things in the world filled with a bunch of air. Take politicians for example, most of whom are filled with enough hot air to float like an aircraft carrier.

The point is we get disappointed when we see an enticing ad for our favorite snack only to rush to grocery store, buy the bag and find it half empty. It’s sort of like believing what politicians say.

I recently saw a Lexus ad that had me thinking about potato chips.  In the ad people are seen looking at other commercials touting vehicles that “are as good as the Lexus RX 450” or some such nonsense.  The hook is that if others are trying to compare themselves to the RX, Lexus must be doing something right.

I found this ad a bit ostentatious; after all, the Lexus RX 450 isn’t the only luxury SUV on the market.  After seeing the ad a couple of times, I thought, “I bet it’s like a potato chip bag; only half full”.  Then in a case of fortuitous timing, Lexus then sent me a RX 450 for a recent week.  Touché Lexus well played.

The 2019 model they sent me for the week (actually two weeks), was the hybrid version.

For 2019 there were only a few changes; this is after all still the fourth RX generation introduced in 2016. The minor changes for his year include the Parking Assist which is no longer a stand-alone option, and the Lexus Enform Remote (which allows smart watch and Amazon Alexa integration) is now standard.

I admit to already having a bit of bias towards all things Lexus. I know they have a reputation for reliability, quality, and their craftsmanship.  But that ad kept playing in my head. So, I was ready to tear open that bag.

This five-passenger midsize luxury SUV has only the base trim, though you can get an F-Sport package which takes it up a notch.  The F-Sport changes the styling, upgrades the suspension and lowers the ride height.  Regardless of the F-Sport or non-F-Sport, under the hood, the RX 450h is all-wheel drive, powered by a 3.5-liter V6 engine and three electric motor generators (one on each front wheel and a single unit controlling the rear two). The combined 308 horsepower is sent to the road through a continuously variable automatic transmission. 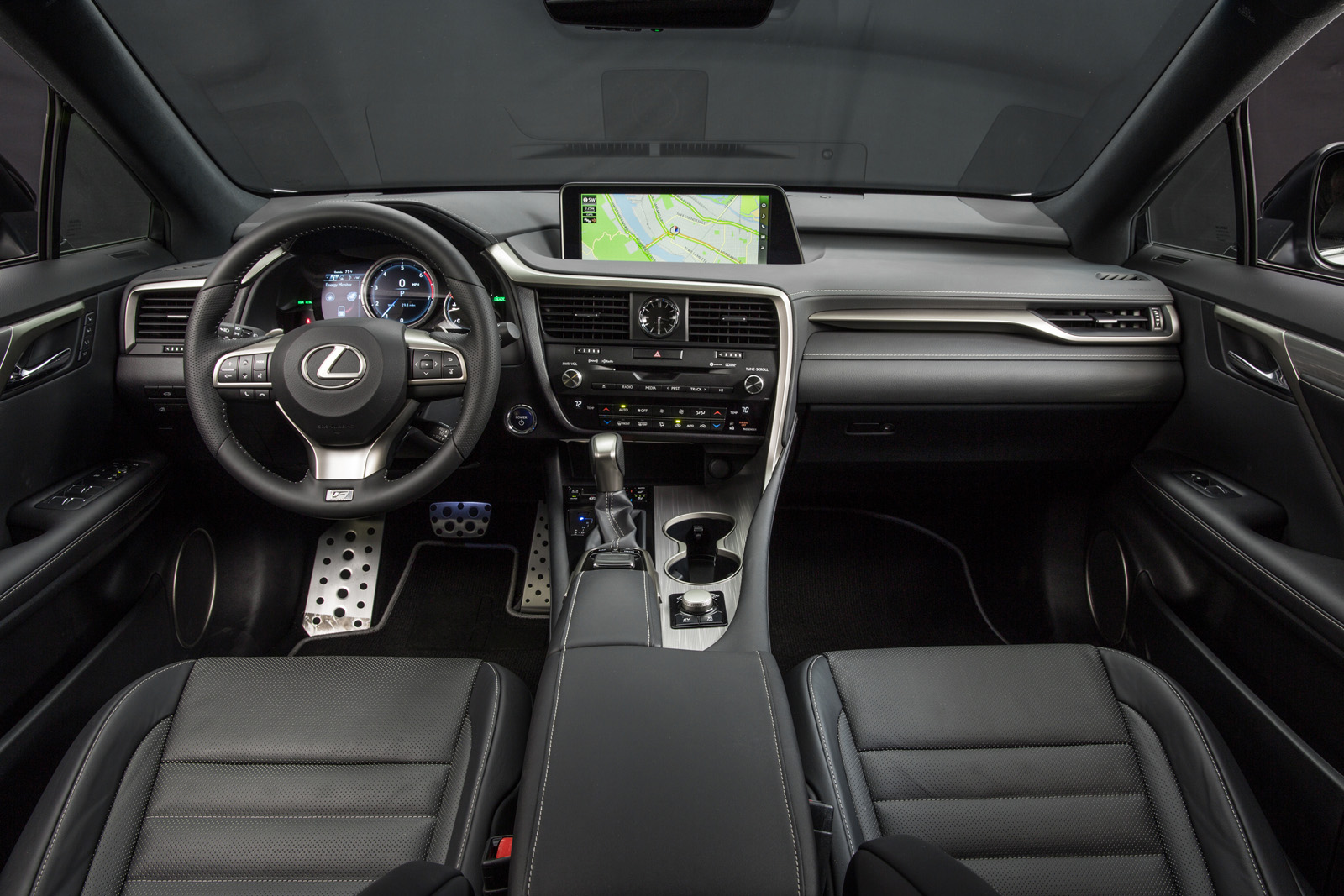 Of course, the nice thing about Lexus, unlike some of its competitors, is the list of standard features. Goodies like LED exterior lighting (headlights, foglights, taillights and running lights), automatic high beams, automatic wipers, heated mirrors, a power liftgate, a rearview camera, adaptive cruise control, forward collision warning and automatic braking, lane departure warning and intervention, and keyless ignition and entry.  These are included in the MSRP unlike some of the other luxury SUVs on the market; adding only a few of these options would jack up the price of some of those SUVs by a bunch; on par with the GDP of some third world countries, das is nicht gut!  Then of course I realized that since mine was a press vehicle it was fully loaded with options, as in nearly $10,000 worth of the best options Lexus offers. Still with those rather expensive upgrades the RX 450h is still not all that expensive.

When first sitting inside the cabin I tried to ignore the comfort, helped greatly by the synthetic leather upholstery and the 10-way power front seats. I also wanted to ignore the fact that the 8-inch color display was easy to read, and though the “Remote Touch interface” can be a bit of a pain, since I had the experience of using it in other Lexus vehicles it didn’t take long to get back up to speed (meaning that while those of us who may only drive a Lexus for a short time and find the joystick setup annoying, an actual owner will no doubt become comfortable with it in a short time).

So the room was good; the cabin comfortable, and the tech easy to use and setup. And yes, the music sounded great through the 12-speaker sound system.

But ha, on the road.  Certainly, with the hybrid system (for the record I am a hybrid hater), there would be lag, slowness, and general lethargy. Especially with the god awful CVT (another thing I hate).

I was wrong. Okay, there I admitted it.

On the road the RX 450h performed just like a non-hybrid, and that godforsaken CVT mimicked traditional shifting effortlessly. Dammit Lexus. So it was luxurious, smooth on the road and generally a nice place to be.

I wanted to find something I didn’t like; you know half-filled bag of chips and all. But, in truth I couldn’t.  Lexus has done a very good job as expected and considering the lack of competition in the luxury hybrid SUV field, they really can run an ad poking fun at others trying to be just like an RX 450 and actually be truthful.

If only our potato chip bags -and politicians- could be the be the same.  Maybe we can get Lexus to work on that.  After all they’ve already got this car thing down pretty good. 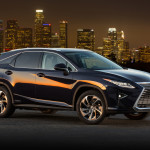 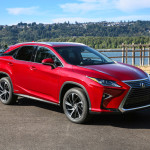 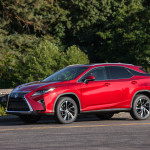 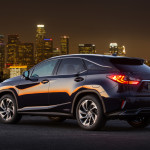 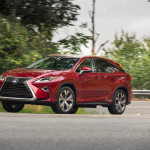 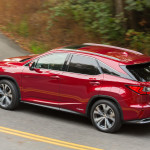 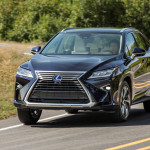 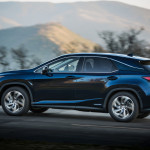 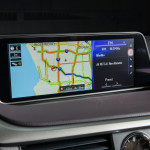 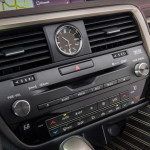 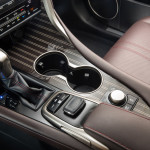 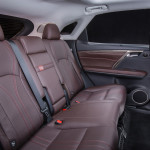 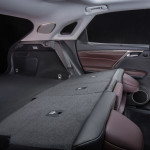 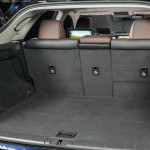 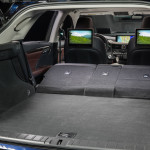 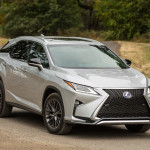 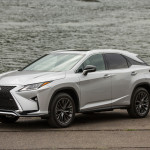 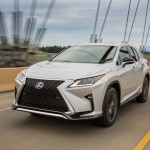 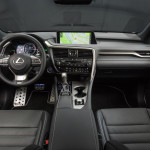 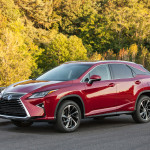 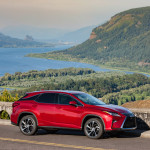 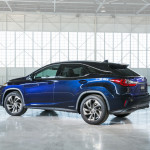