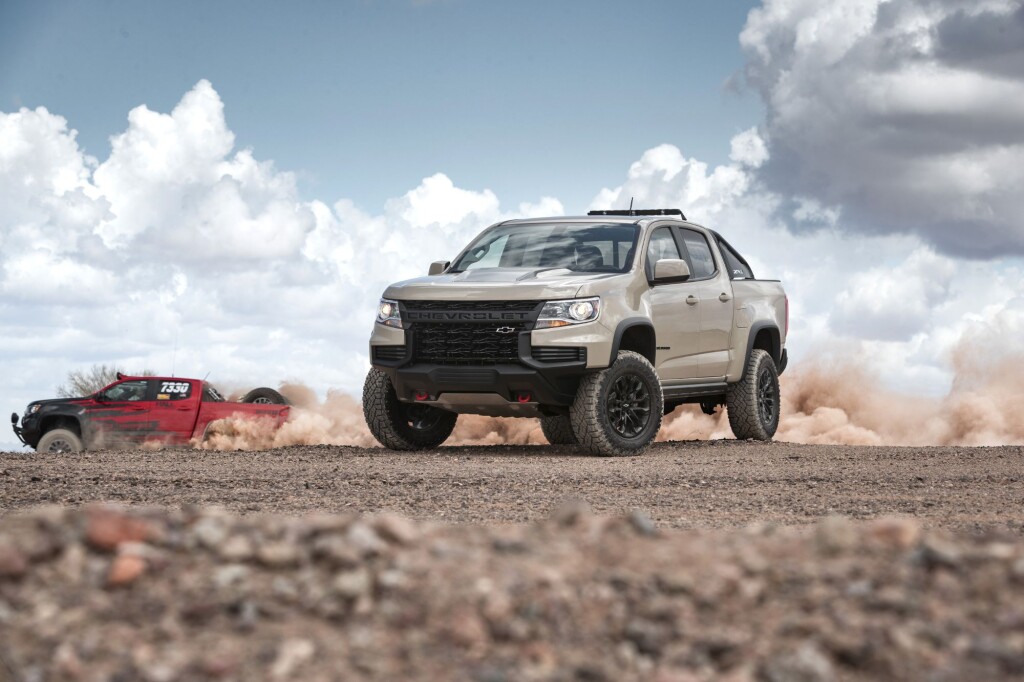 I am not, nor will I ever be a truck guy, or to be politically correct in these “challenging times”, a truck “person.” I don’t have anything against trucks, but I don’t own a farm, carry tools to a construction site, tow a huge trailer or anything like that so I never see the need for one.

Besides, for me at least, there is an annoying side to owning a truck. This was no more evident than in a recent week when Chevy delivered me a 2021 Colorado. As soon as my wife, and adult daughter, saw what was in the driveway they both said, (almost in unison) “Oh, let me get my list.” That’s because whenever I get any truck for a week, I spend more time going to the home improvement store buying things that somehow, we suddenly, absolutely, cannot live without. There are landscape timbers, bags of dirt, paving stones, large Roman statues, well you name it.

There are also visits to thrift stores, secondhand shops and the like looking for used furniture and odds and ends; like we needed another nightstand in the guest room to go with the two that are already there (“but it’s the same color”).

I guess I should take some time to mention the Colorado. Because if I was going to own a truck (and to be clear I have no plans too), then I’d put the Colorado on the list. I’d want a midsized pickup that doesn’t need to take up more than one parking spot and can be easily maneuvered in that parking lot.

I’d also want a truck that could go off the pavement, because in my mind a good truck should do just that. A proper pickup is one that can just as easily drive across a pasture, construction site, or charge through the desert jumping over rocks and kicking up dust. The Colorado I had for my week checked all those boxes.

Specifically, I had the ZR2 which is the top of the Colorado lineup that Chevy says stands all on its own. The lineup is offered in extended-cab and crew-cab body styles. There are two bed lengths (short bed and long bed) and four trim levels available: Work Truck (WT), LT, Z71 and ZR2.

While the rest of the lineup seems very capable, the ZR2 is completely different. It’s the off-road version that has front and rear tracks that have been widened by 3.5 inches and a suspension lifted by 2 inches along with functional rock sliders. There are also fender flares and the front and rear bumpers have been modified for off-road clearance. There’s also standard front and rear electronic locking differentials, an available diesel engine and the first off-road application of Multimatic Dynamic Suspensions Spool Valve (DSSV) damper technology. 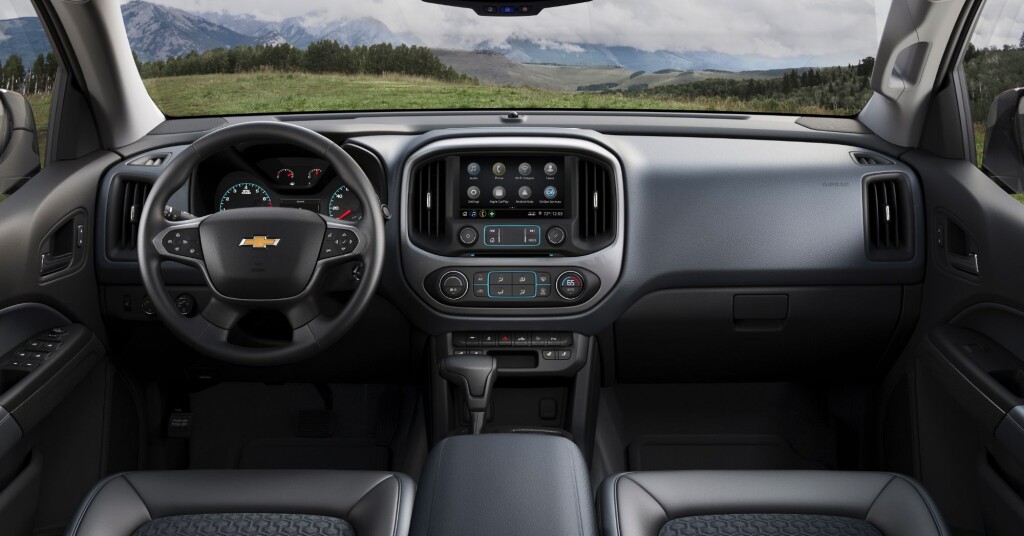 Something else that separates it from the rest of the lineup is the ability to buy factory race-proven parts which focus on desert running while keeping low speed off-road performance.

While the rest of the lineup holds course (other than the base model being eliminated), for 2021, the ZR2 gets a new front fascia that has a more prominent, wide-open grille that stretches out wider and lower than the previous version.

The ZR2’s Goodyear Wrangler Duratrac tires are mounted on 17-inch wheels and add nicely to the overall off-road ready look. Inside the interior crew cab configuration seems roomy enough, though the overall look could use a bit of an update. This update, which will hopefully be soon, should include something that’s becoming pretty standard across the industry, push button starting. Having to use an old-fashioned stick-and-twist key is head scratching in this day and time.

On the road those off-road ready tires don’t make for a quiet ride, but you don’t buy an off-road vehicle of any kind to be swaddled in quiet comfort, do you?

Since I don’t live near any desert, I didn’t get a chance to charge off road kicking up sand as I went. But I have no doubt the ZR2 could do so and not miss a beat. In fact, equipped as it is, I would put this Colorado ZR2 up against just about anything Jeep has. And that’s saying quite a lot.

I did however get plenty of time in parking lots of thrift stores and home improvement warehouses. Lots; as in I have to go now as my wife just called and her and my daughter found a couch we absolutely cannot live without. No idea what I’ll do with the one we bought the last time I had a truck. 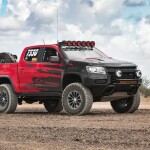 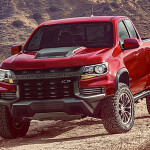 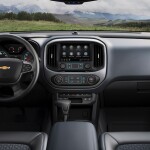 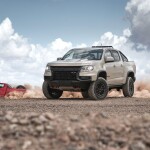 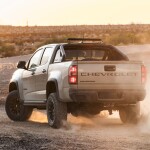 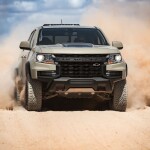 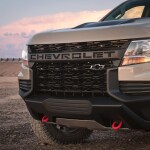