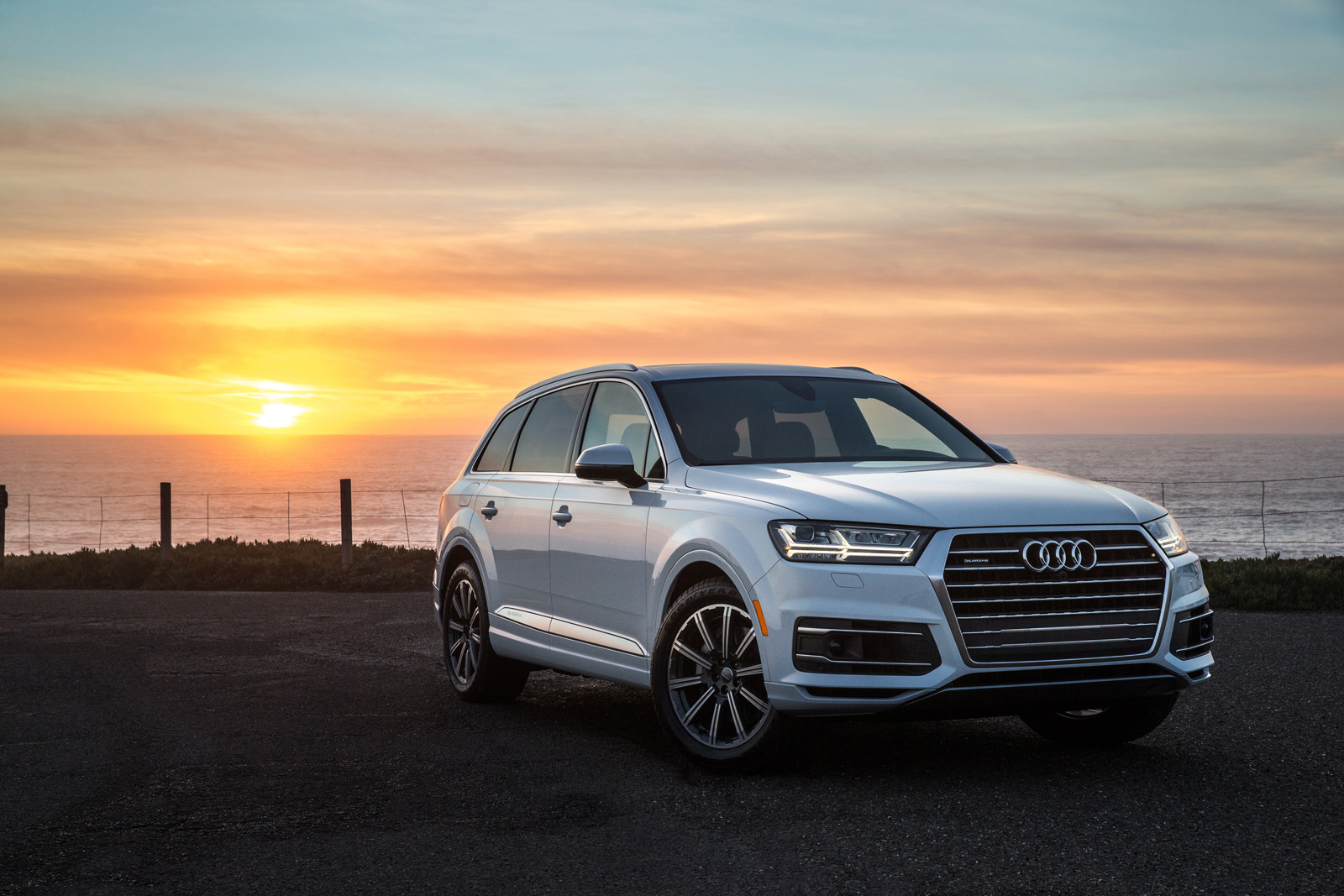 Why mess with an already good thing? If the outfit looks good in the mirror, why try on another? If the hair is perfect, don’t try and get it even more “perfect”.  We men have known this for centuries. Yet we still waste thousands upon thousands of hours during our lifetimes waiting for our significant others to get ready to be seen outside the confines of home.

Seriously, if a man needs to run to the grocery to pick up something for dinner, we can put on a pair of sweat pants and a t-shirt with a hole in the underarm and slip on a pair of flip-flops.  If a woman is tasked with the same, it will be until at least breakfast the next day before she considers herself properly dressed and primped.  It might take so long that her family will be nearly dead from hunger sporting distended bellies like children starving in a third world country.

And woe be it to the man who has to wait to go out with said woman.  You’re chances of arriving on time are minimal at best; in fact, you will have a better chance of winning a billion dollars in a lottery.  She will try on everything in her closet, primp and preen, then do it all again and then ask if “this dress makes me look fat”.  Of course, we say it doesn’t, even if she looks like the bearded fat woman from a circus sideshow.

The truth is women look great to those that love them no matter what.  Yet, we still wait.

Based on this, Audi then must be a man.

Not that the Q7 ever looked like sweatpants, torn t-shirts and flip-flops. Far from it.

I had a week with one last year and Audi sent me a 2018 for a recent week. Specifically, the 2018 2.0t quattro Tiptronic.  Now for the uninitiated, quattro refers to four-wheel drive, and Tiptronic is an automatic transmission that thinks it’s a manual with an option to switch out of automatic mode and upshift or downshift by using paddles behind the steering wheel or by using the gear lever itself. 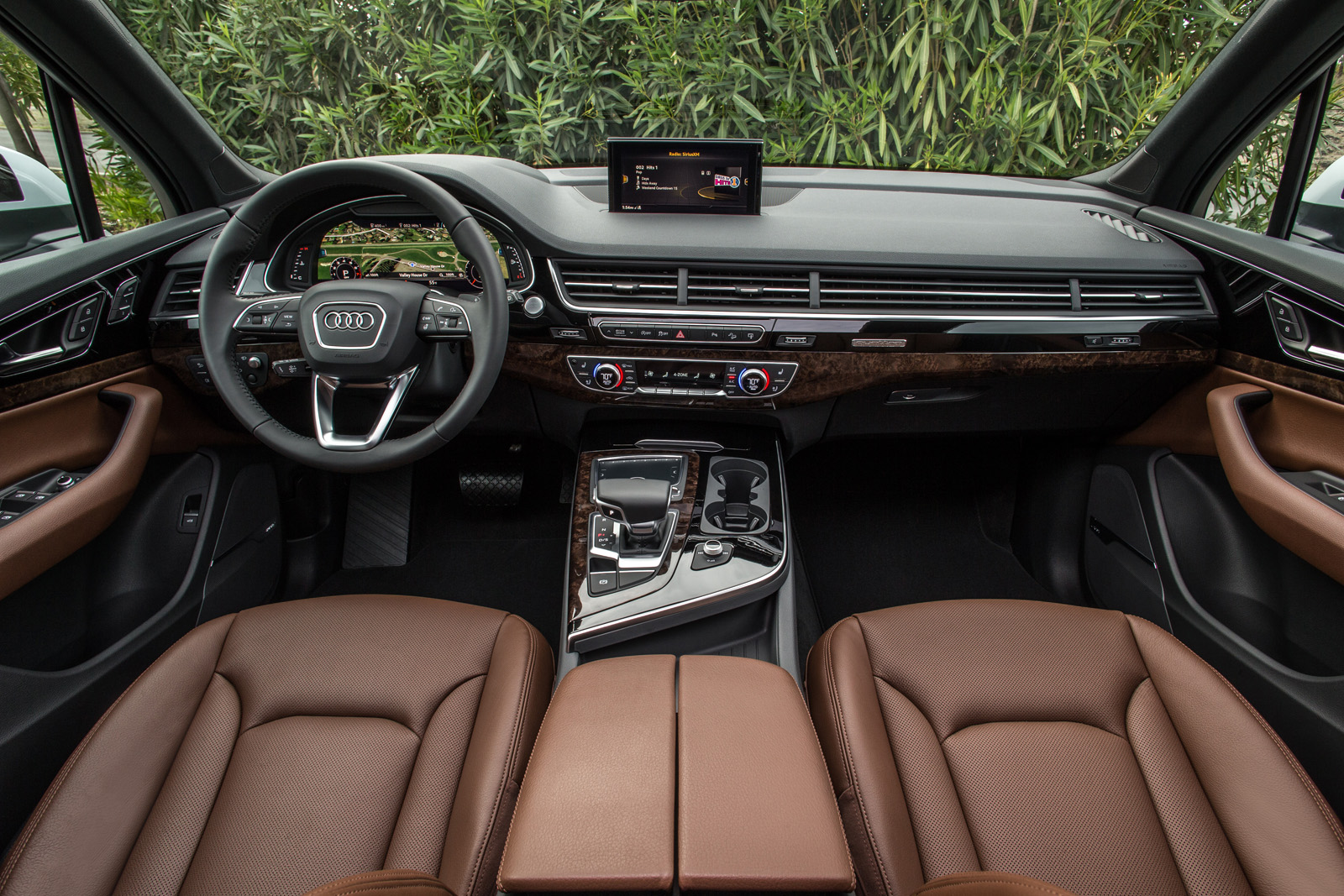 The 2018 I had for the week had only those minor changes; the proximity-sensing Advance Key is now standard on all Q7 models with passive entry, memory features, and push-button start, and the 3D Bose Surround Sound stereo is now standard on the Premium Plus trims and top-trim Prestige models get soft-close doors.

It’s still offered in three trims: Premium, which is loaded enough to make most happy, but it can’t have many options added; the Premium Plus which has a few more standard features and can get more options an customization, and the top of the line Prestige which is, very Prestigious, and the most luxurious of the lineup  with some exclusive options.

There two engines under the hood: the base engine is a turbocharged 2.0-liter four-cylinder with 252 horsepower and 273 pound-feet of torque and a supercharged 3.0-liter six-cylinder produces 333 horsepower and 325 lb-ft and can be optioned in on all three trims.

Of course, being an Audi, all the tech stuff is present.  Standard tech includes Bluetooth, rearview camera, 7-inch color driver information display in the gauge cluster, and Audi’s MMI user interface with a 7-inch central display, two USB ports and a 10-speaker sound system. You can also add navigation that can search for locations with Google Voice Search, smartphone integration, and a a few other connected features.

The interior has the utilitarian sort of luxury that only Audi seems to be able to pull off brilliantly.  Where the Q7 shines though is on the road. It’s hard to remember that this is a large 7 passenger SUV.  It drives more like a sedan than an SUV.

Last year I had the Prestige with the supercharged 3.0-liter six-cylinder, this go-around it was the base turbocharged 2.0. Yes, there was a bit of a difference, but honestly for everyday use the 2.0 has all the power a driver should ever need.  Owing to its sedan sort of drive there is little doubt the suspension can meet just about anything you throw at it.  All the while swaddling 7 adults in a quiet, comfortable luxurious and spacious cabin.

I’m glad Audi made only a few minor changes for 2018. It already looked fine to go out of the house and we didn’t have to wait to be fed. 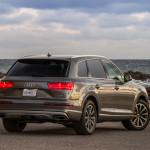 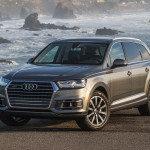 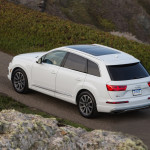 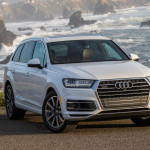 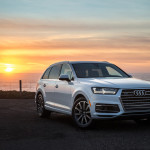 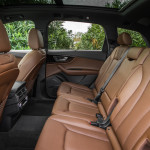 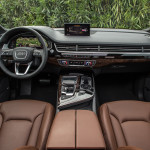 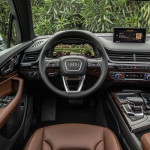