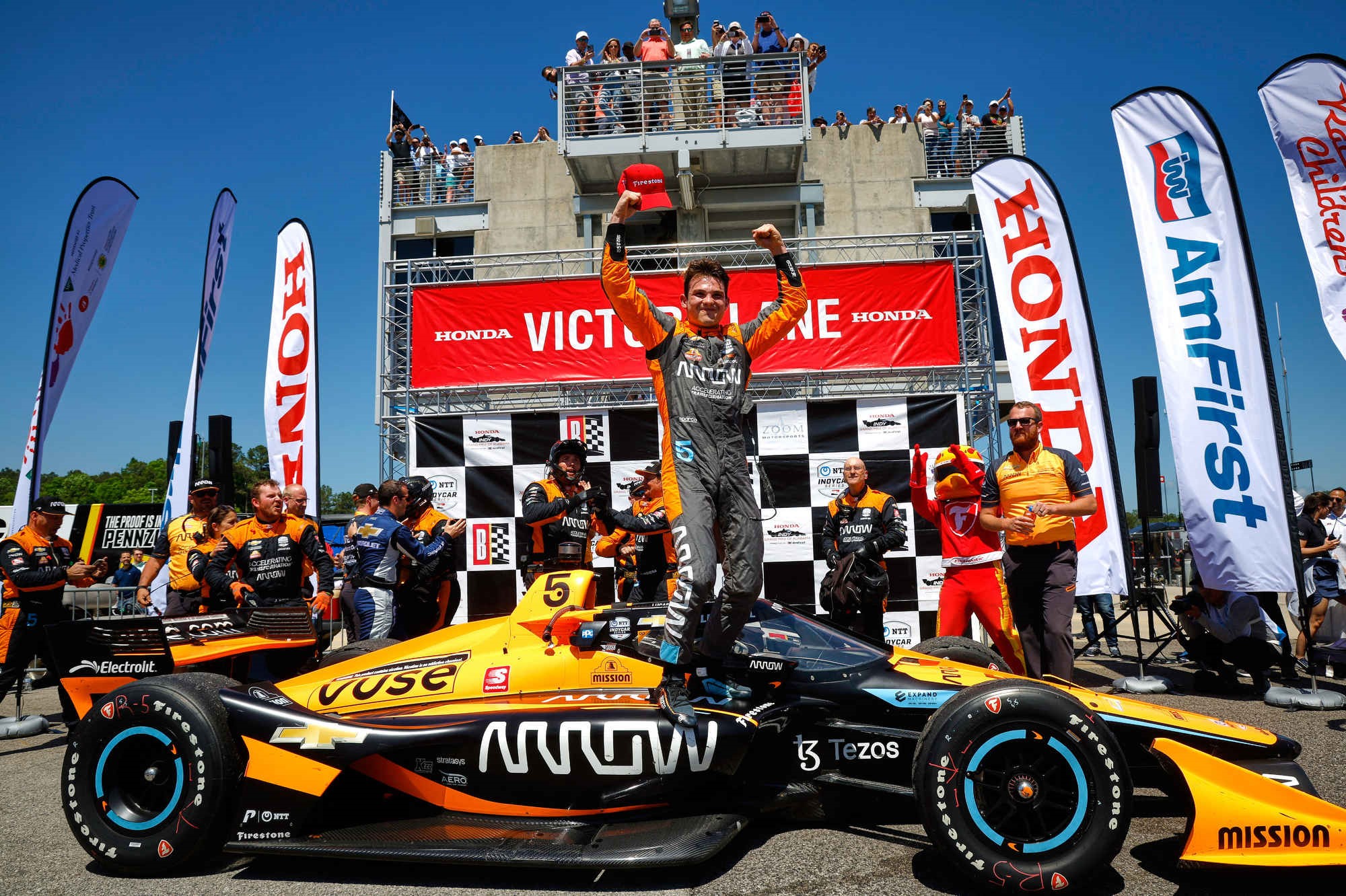 Pato O’Ward took the win for Arrow McLaren SP in the IndyCar Grand Prix of Alabama at Barber Motorsports Park Sunday. It was an outlap pass that gave him that gives the Mexican his third career win. The race came down to strategy, and Pato’s pass on Rinus Veekay gave him the lead when the pit cycle was over. He led the final 36 laps in a cruise to the finish.

O’Ward said: “Yeah, [team president] Taylor told me ‘This is the win.’ We almost got him in the pit stop, so I thought ‘This is the chance.’ It was so tough to follow just because it’s such a fast and flowing circuit, so I knew if I had the opportunity, it would have been right then and there. So I got on my [push-to-pass] button and got around him, and I knew if we got into clean air we could kind of control the thing. Once we did that, it was a cruise to victory lane.”

WHAT A MOVE by @PatricioOWard!

O'Ward gets by @rinusveekay! Will it be the winning move? #INDYCAR

O’Ward hadn’t seen Victory Lane since June of last year, and he was congratulatory of his team’s turnaround. “I wanted to do it for these guys,” he said, “for Arrow McLaren SP, for Team Chevy – they’ve swept this year so far – so I think it’s great for them. I was tired of being tenth and eleventh and fifth, so I said, ‘Let’s get a win under our belts so we can claw our way back into the championship fight.'” 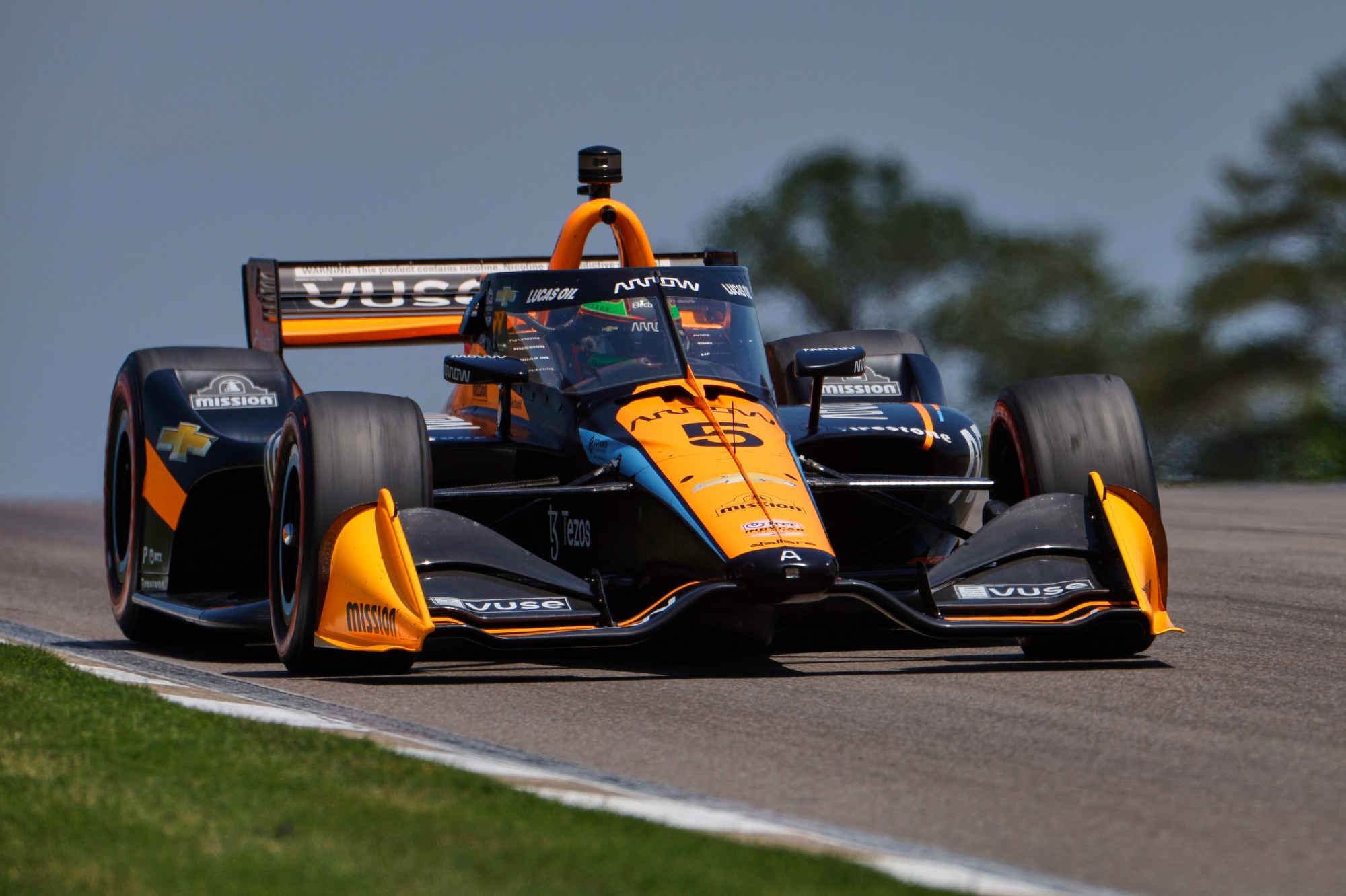 Marcus Ericsson, who finished twelfth, said “we picked a two-stop strategy and it really didn’t work out today. We were stuck in traffic a bit too much to make it work. Bit unfortunate with how the race played out, but got some decent points and we’ll try again in a couple of weeks.”

Romain Grosjean had a run-in with Graham Rahal late in the race, when the Frenchman hit Rahal twice on corner exit, something Rahal felt was intentional. He said over the radio about Grosjean: “That guy’s a punk, that guy hit me on purpose.” Rahal ended up running out of fuel and Grosjean brought the car home in sixth.