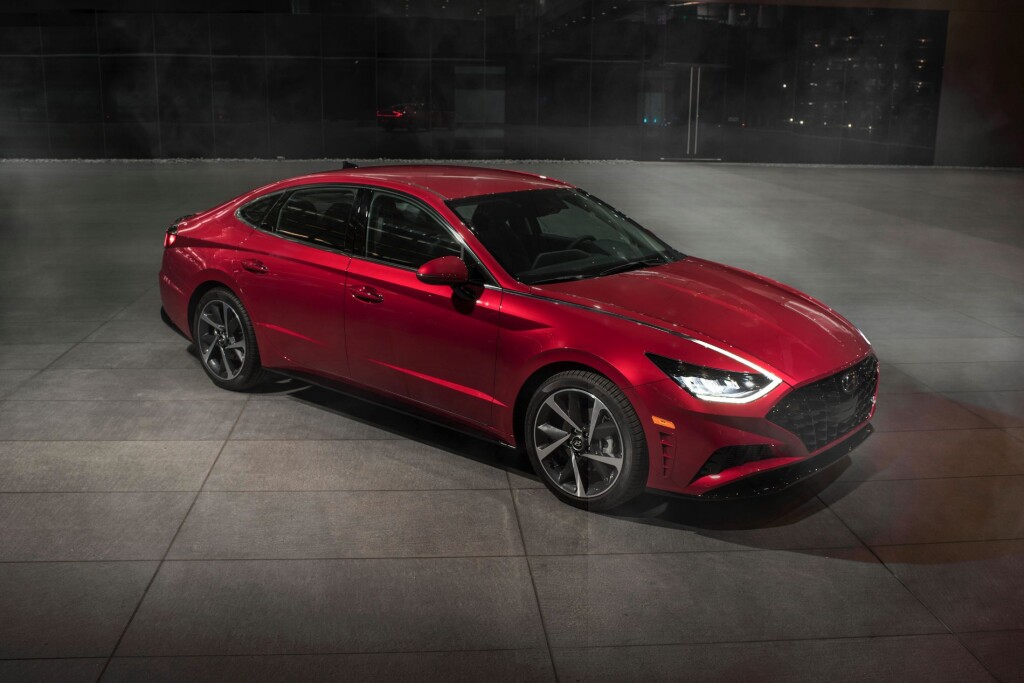 Normally when I get a different model of the same car it happens in two different model years. Most often the newer one marks a new generation, a redesigned model with some new styling, upgrades, gadgets, etc. Or I’ll get a hybrid version followed a few weeks later by the non-hybrid, or vice versa.

In all the years I’ve been reviewing cars however it’s rarer still to get the same year/model car with different trim level. So rare in fact I can’t honestly remember the last time it actually happened. Until last week that is.

That’s because Hyundai sent me a 2021 Sonata, again. I had a Sonata just three weeks prior. I wondered if those people at Hyundai who fill the press fleets had made some sort of error. I mean, how separate could one trim level of the same car be so separate?

It turned out the differences were vast.

The first model I had was the new-for-2021 Sonata N Line, a high-performance variant of the lineup that puts a 290-hp turbocharged 2.5-liter four-cylinder under the hood. There’s also sport-tuned steering, and suspension, 19-inch tires (the rest of the lineup have 16 to 18 inch) and some N Line-specific styling cues outside like three air intakes, a new front fascia clad in black with four exhaust pipes, a black bumper and a diffuser in the back. Inside there are a few N touches with front sport seats that have some extra bolstering.

I really enjoyed my week with it, liked the power under the hood, but honestly the interior was a bit, well, underwhelming.

Like Facebook knowing what your buying habits are (and no I won’t buy an Alexa anytime soon, lest she hear me whispering about something I want and having it delivered to my house the next day), I had to wonder if Hyundai had a psychic who could read my mind. Because lo and behold, three weeks later another 2021 Hyundai Sonata showed up in my driveway. And this one had nearly everything the N Line didn’t. 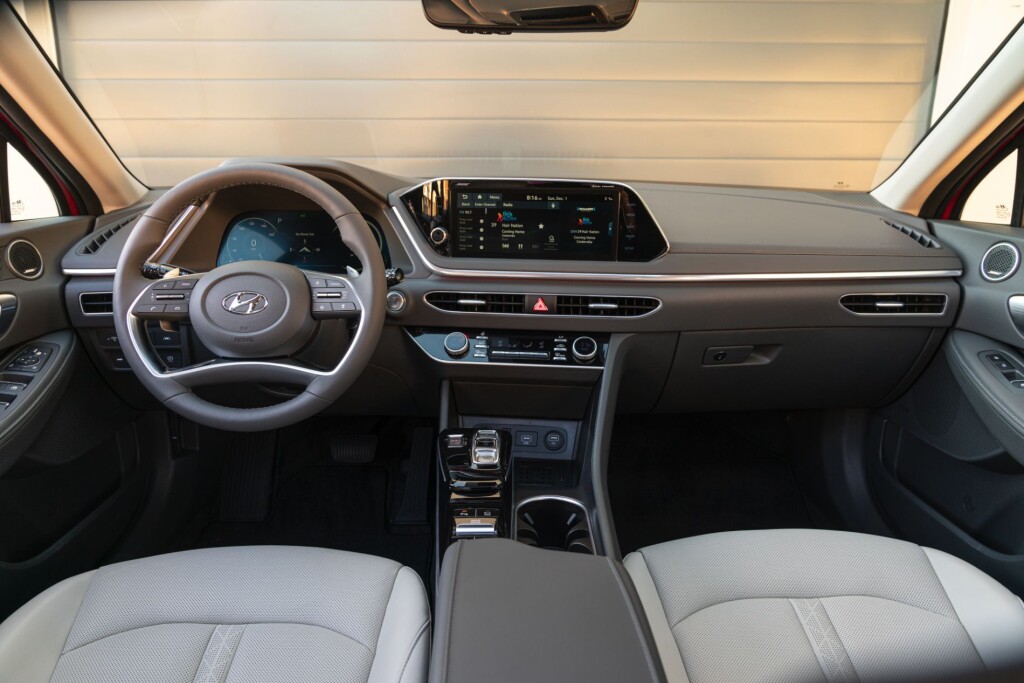 My latest Sonata tested was the Limited. It’s one of five trims, slotting above the SE, SEL, SEL Plus, and just below the new N Line.

While the N Line had more power, the Limited gets less: a turbocharged 1.6 liter, with 180 horses and 195 pounds of torque. But, while there’s less power under the hood, the Limited has so much more everywhere else. Things like a heated steering wheel, leather seating, heated/ventilated front seats, a heads-up display, 18-inch wheels with thicker tires, LED headlights, navigation, satellite HD radio with a 12-speaker premium Bose sound system, enhanced adaptive cruise and lane keeping systems, a panoramic sunroof and ambient interior lighting.

In other words, the Limited is loaded with pretty much everything Hyundai offers. And while it’s still a 2021 Sonata, inside it’s totally different then the N Line. Instead of plain and utilitarian the Limited is much more luxurious, a bit of a nicer place to be. This isn’t simply a poor person’s Caddy, however. The interior design seems very well thought out, without being too stuffy.

On the road, I honestly didn’t notice the difference in power under the hood. Of course, I was too caught up in simply enjoying the ride. While the N Line is designed to be sporty both inside and out, the Limited is less a driver’s car, and more of just a nice way to get from point A to point B.

On another note, the enhanced adaptive cruise and lane keeping systems on the Sonata is one of the best I’ve ever tried. It makes it one of closest to a self-driving car I’ve ever had. It was something I got to test out on the highway with the N Line and I came away impressed. My Limited that and it had Hyundai’s Smart Parking Assist which is supposed to allow a driver to remotely guide it into a parking spot using a smartphone app. I didn’t get the chance (nor was I brave enough) to try it out, but I suspect that if it’s as good as the adaptive cruise and lane keeping system it will work just fine.

Either way, the 2021 Sonata is a very good sedan. And overall, that’s a very good thing indeed. Because at the end of the day the world needs all the good, affordable sedans it can get. With the overwhelming number of SUVs, crossovers and the like flooding the market those of us who still like, and want, a sedan can have a choice. And for Hyundai at least that choice includes either a sport sedan, or one with more luxury.

So then it seems that perhaps those Hyundai people who put the vehicles in the press fleet didn’t make a mistake. Turns out that the differences between trims of the same car can be enormous, while being just as good on their own.

I sometimes wonder if there is someone inside Hyundai is thinks I like the Sonata. This is evidenced by the fact that they’ve sent me models pretty consistently over the last six years; notably for the last three model years, a hybrid, a Limited, and the N Line. And again, recently a 2022 Limited which has had no major changes since the 2021 Limited I had just over a year prior.

The truth is, they are not wrong.

I really do like the Sonata, not matter the variant. Though the N Line, which is the sporty, more powerful version, stands out. The main reasons I like the Sonata are the styling, the comfort, the drivability, and best of all the affordability. Hyundai makes a very good sedan that is within reach of most of us and delivers on what it promises.

But there’s a problem.

During my most recent week with a 2022 Hyundai Sonata Limited, I stumbled across a troubling news story: Among all purchases of new vehicles in the month of March 2022, nearly 79% were trucks and SUVs. And that a decade ago, that proportion was just 52%.

That is somewhat troubling to me. You see, I like sedans. All kinds really. SUVs and trucks are nice, but I really favor the sedans (and coupes which we can lump in here) that are still on the road.

Maybe I am just getting old and remembering a time when a truck or SUV was a rare something you saw on a farm, or that your middle school shop teacher drove.

Nowadays it seems that everyone wants a truck or an SUV. The bigger, boxier, less fuel-efficient vehicle that can go off road a bit and haul a platoon full of people.

I guess I just miss the days when five people were all a car could haul, and not much else.

And that has me worried about the future of the sedans like my favorite Sonata. There will come a time when Hyundai may decide to get with the times and do away with the Sonata, and maybe whoever the person is inside the company who likes to send me them on a regular basis.

That’s why I really enjoyed my most recent week with the Sonata; because sadly, it may have been my last. 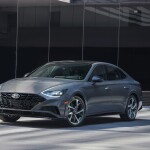 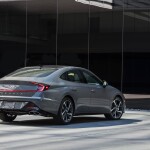 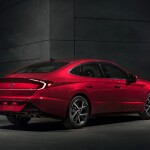 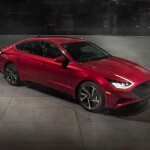 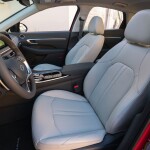 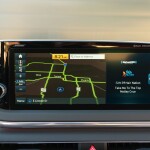 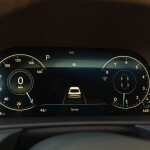 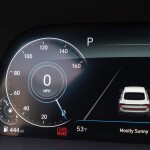 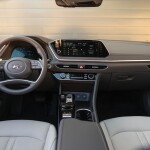