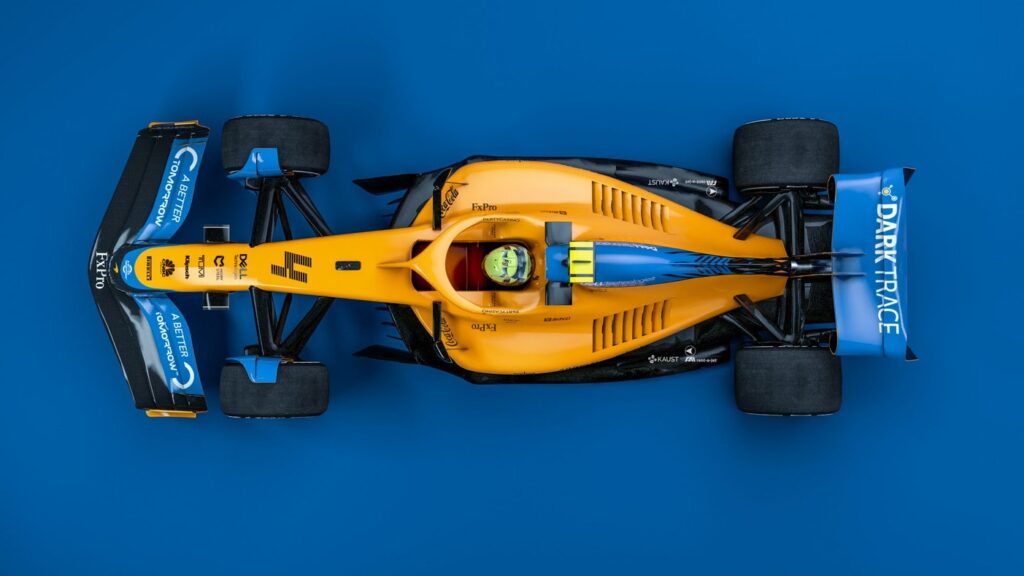 It’s that time of year where the predictions for the upcoming F1 season seem to be growing on trees. But despite an up and down year last time, I think McLaren will be fronting the field in 2022. We’ll be discussing all aspects to the development of this year’s car, the impact last year has had, and comparing them to their rivals.

After the Russian Grand Prix, where McLaren had taken pole and were astonishingly close to victory it seemed their pace as a whole had totally evaporated. There were glimmers in Mexico and the USA of the old McLaren but after these two races they really fell off the cliff, causing McLaren to concede third place in the constructors standings to season-long rivals Ferrari.

However, whilst they won’t get as much prize money, it isn’t all doom and gloom for the papaya squad. For 2022, all the teams are in the dark in terms of development and won’t have any idea as to what the best solutions are before all the cars hit the track at pre-seasons testing, which is why simulation back at the factory is key, either in the wind tunnel of digitally (known as CFD). This is what McLaren have collaterally gained more access to in placing fourth instead of third, because the new rules mean the lower down the order you finish, the greater percentage of the FIA’s base time limits you get. For example, of the 80 hours allocated for one aerodynamic testing period, Ferrari will get 64 hours (80% of 80) while McLaren will get 68 (85% of 80). These percentages also apply to the FIA’s base limits for wind tunnel runs, fan on time in the wind tunnel and more.

The rules are similar for the digital world of CFD testing in which teams make models and virtually test how they interact with the air. These percentages affect how many of said models teams can make and also how much computational power they are allowed to use in testing them. Essentially, McLaren will get more time in the wind tunnel with and without the fan on, more runs in said wind tunnel, more new models to virtually test and more power to test them with making the process faster, whilst Ferrari will have less of everything and their digital testing will be slower. Admittedly, this is reset over the mid season break to reflect the constructors standings at the time but McLaren do still have quite an advantage to couple with their extreme momentum which is something teams lower down with an even greater testing advantage still lack.

While their arch rivals this year Ferrari implemented their major upgrades around Russia and Turkey in 2021, McLaren’s pace dropped right at this time. Coincidence? No, the reasoning is that this is the time when both Ferrari and McLaren decided to shift their focus to their 2022 cars. The only thing that will carry over into 2022 will be the engine and funnily enough Ferrari make their own engines. Ferrari’s 2022 developments are being shown off in 2021 in the engine department so are not only helping Ferrari to clinch third in 2021 but also showing their efforts for 2022. McLaren meanwhile don’t make their own engines so all they can really do for 2022 is work on the aero and chassis which they have done, although none of this can be implemented into the 2021 car meaning McLaren lost pace comparative to Ferrari but in fact they were developing next year’s car just as much.

There is simply no point in running two development programmes at once when one will all be thrown away at the end of the year. This is why McLaren are further ahead in the 2022 development race, they have been running one programme at a time while Ferrari have been running two that can be transferred from one car to another. Secondly, its not like McLaren are being totally left behind in the engine department because all the aforementioned work Ferrari have been doing is being done externally for McLaren by Mercedes. This again mean McLaren have more focus on their sole programme (2022) while the likes of Ferrari are having to manage engine, aero and chassis work. It is clever to do engine developments while the season is still going as they can be used immediately, but Ferrari will have to follow McLaren later on because the aero and chassis is all new for all the teams.

Two Drivers On The Rise

There is no question Charles Leclerc is a fantastic driver, the same can be said for George Russell, Pierre Gasly etc and all their respective teams are heavily invested in them as long term options (bar Gasly unfortunately) and in 2021 we saw a driver who was regarded as good go to great and truly put himself level with the stars I just mentioned. This driver is Lando Norris who delivered outright perfection in Sochi, aggression that displayed firm confidence in Austria/Styria, defending prowess in Italy and the magical spark we see in all his fellow young guns throughout the season.

Ricciardo as we all know struggled but we were all reminded that he “never left” and still has the championship winning potential inside him, its just he needs the right car to unlock it and since he’s staying around for 2022, he will have a say in the car development meaning it will be tailored to his needs and eliminate the lengthy adjustment process that he endured in 2021. Ricciardo has openly expressed how McLaren have made him feel at home and at McLaren he has “found a family” which is essential to driver performance.

Just look at Alex Albon 2019, Pierre Gasly the same year and even Fernando Alonso in 2008, in all these situations their teams didn’t support them and heavily favoured their teammates. The results were threats from Alonso, dark days from Gasly and an Albon who you could tell was taking a lot on the chin.

Ricciardo and Norris are a great team though, they both feel supported by the team and have an essential, mutual respect for each other shown by Norris resisting in Monza to take 2nd rather snagging the win from Ricciardo and the way Daniel defended the Mercedes’ for his life to help Norris win in Russia (which we would have if it weren’t for a fatal strategy error).

McLaren have been the most hyped team of the last 3 years; on a rise seeming to be powered by a force of nature and in 2022 their development advantage and strong driver pairing will bring them success without a doubt. But, will they be title contenders? Comment below your thoughts!