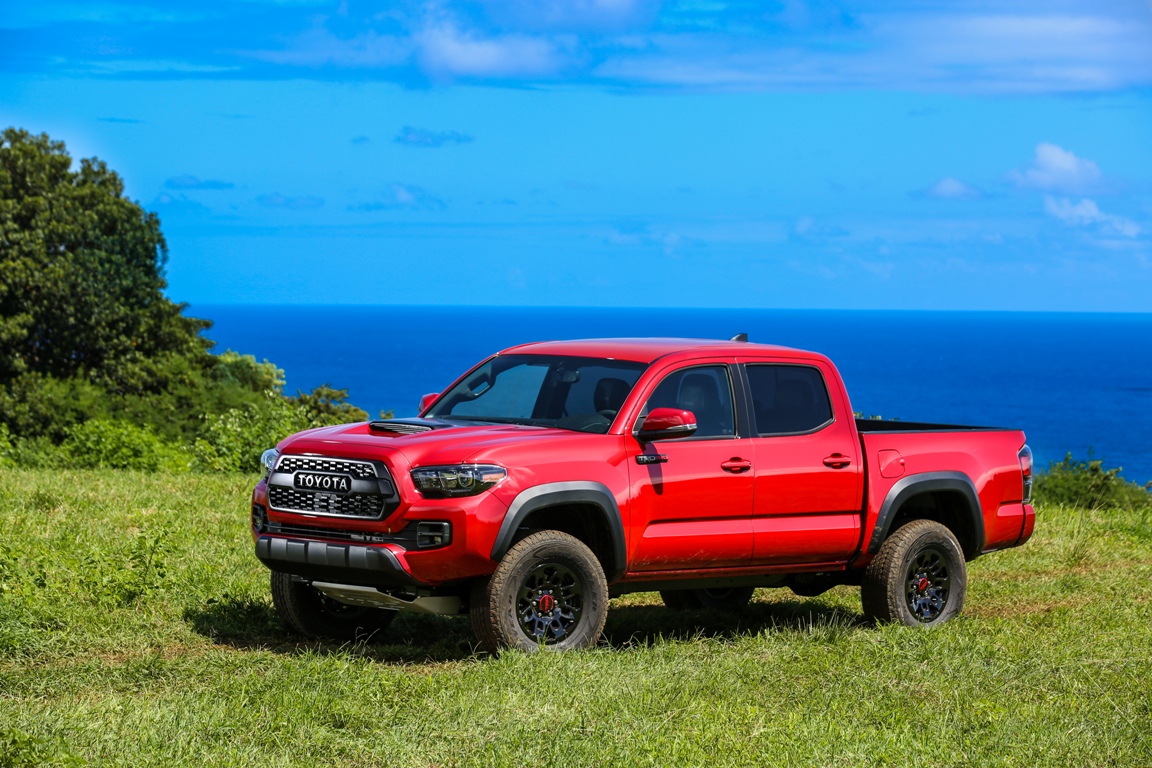 On highways and side roads filled with ever-changing SUVs, crossovers, and increasingly hybrids, there is one class of vehicle that has seemingly changed very little. I refer to that most American of vehicle, the pickup truck.

No matter what happens around us, war, famine, zombie apocalypse, it seems that the pickup truck still sells, and sells well.  In fact, if the earth were hit by an asteroid, no one would be surprised if someone pulled up in a pickup truck ready to carry away the survivors. In the large truck arena, Ford is the top seller, and has been since Reagan was president. In the mid-size pickup truck segment, Toyota with its Tacoma has been king of the hill for over a decade.

Not content to rest upon its laurels (they gave the world a new model in 2016), for 2017 Toyota has reintroduced the TRD Pro trim and sent me one for a recent week.

And I found that among the world of the mid-size pickup, there really isn’t a worthy competitor.

Yes, Chevy has the Colorado and the GMC Canyon, and there’s the Nissan Frontier. I’ve driven them all, most recently the Honda Ridgeline, and at the end of the day (depending on your needs), I am of the opinion that this new Tacoma is leader of the pack.

The other mid-size trucks are fine; however, the Frontier and Ridgeline seem more suited to the roads of suburbia; the Canyon and Colorado are a little rougher around the edges, but still seem as though they would be more at home on the pavement.

When I first saw the Tacoma TRD Pro however, there was very little doubt that there isn’t much that can stand in its way.

From the hood scoop to the sharp chiseled edges and the hard-looking appearance upgrades, the TRD Pro looks ready to play in the dirt right out of the box. 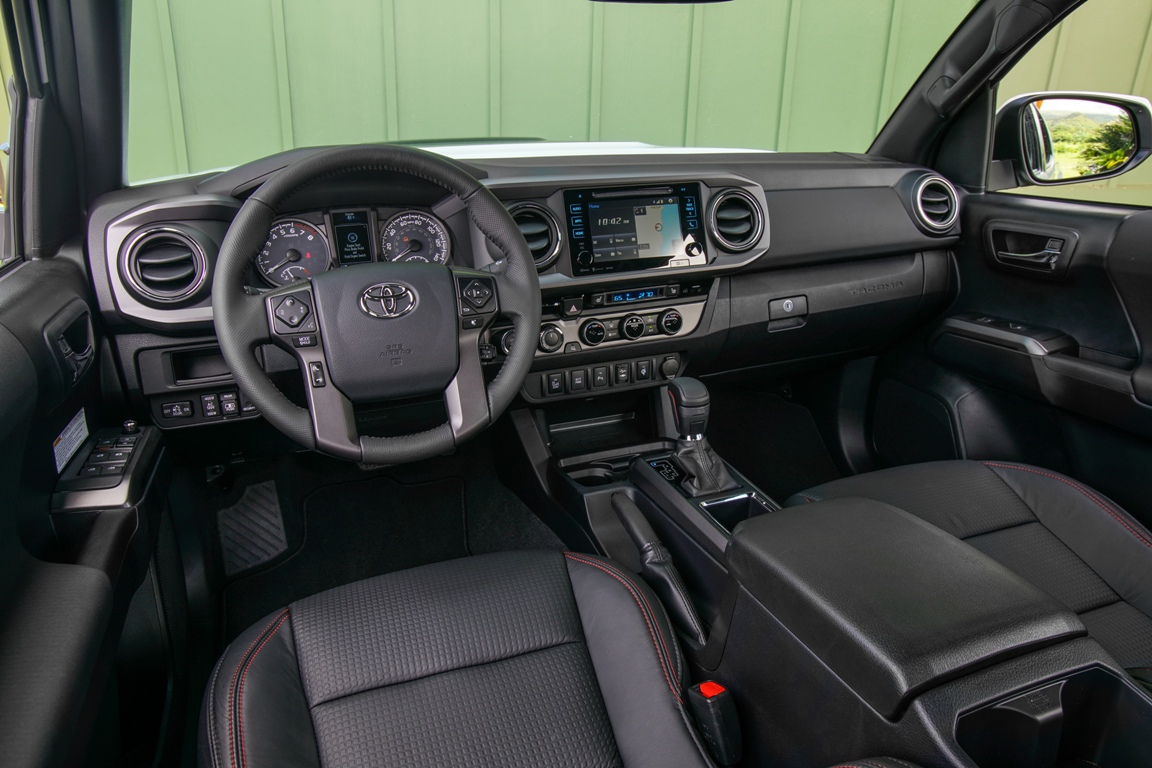 So it seems with the Tacoma, Toyota is trying to be all things to all mid-size truck buyers. And it appears that have done just that.

If you want a tamer road worthy model the Limited has a bit of a softer edge; a bit sportier on the road, the Sport model.  You want a more ready to work model, the SR, or SR5. Off road? The TRD Off-Road. If you want to go off-road and have an attitude the on the street, the TRD Pro is the way to go.

Picture a room of guys all properly dressed and minding their manners.  However, there’s one in the corner wearing jeans and a t-shirt with long hair and a skateboard; that’s the TRD Pro in the Tacoma lineup.

My tester for the week was the Pro trim four door with the 3.5-liter powerplant ( The V-6 is standard in the Pro and it’s sold only as a crew cab with a short bed, and it comes only in four-wheel drive, you can however choose between a six-speed automatic  or manual transmission).

Clad in “Super White” (Cement Gray and Barcelona Red Metallic are also available),  with a front skid plate, a stout looking front grill,  black hood scoop, LED foglights all sit atop 16-inch black alloy wheels, the Tacoma Pro looked almost ill at ease sitting on the pavement. No wonder, under the body, there is a specialized off-road tuned suspension that includes Fox external shocks and it sits an inch higher than the other models.  Inside the cabin the controls are well laid out and storage is convenient and ample. Tech included satellite radio, navigation, and the optional new power sliding rear window.

The new Pro model in all has:

On the pavement there is little doubt that the Tacoma Pro is an off-road beast. The ride isn’t smooth, but certainly not intolerable for everyday use.  Sadly, I didn’t get a chance to go off the pavement, but on the road I certainly felt like the Tacoma had enough attitude to move through traffic like it was navigating a muddy trial.

If you haven’t guessed by now, I am a fan of the Tacoma.  It is a manly vehicle and as I wrote when I tried a 2016 model last year, adding to the Tacoma’s manly legend,  they were actually used in the US Army during Operation Enduring Freedom in Afghanistan. Sure the Middle Eastern version, the Hilux could be had in country, but buying the American version and modifying it was the way to go. More than one of these modified Tacoma’s could be seen in the past decade rolling off the ramp of a military aircraft ready to go to work with Special Operations forces around the world defending freedom.

Perhaps owing to my own bias having used them during my time in the Army, the Tacoma remains one of my all time favorite vehicles on the road today. With this new Pro trim for 2017, my love has only grown.

All specs/features can be found here (PDF) 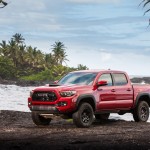 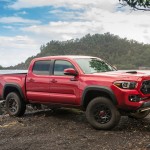 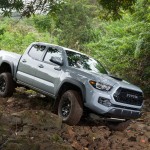 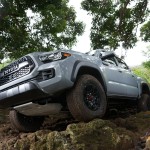 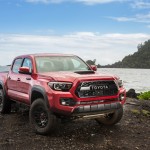 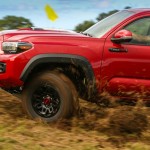 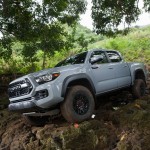 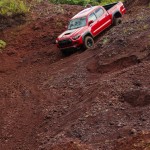 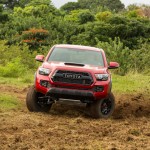 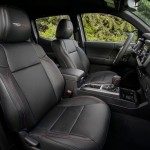 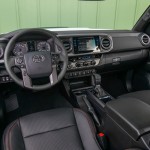 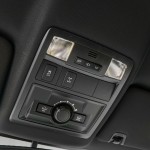 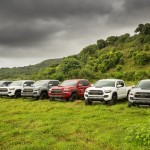 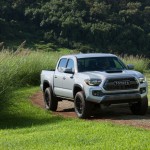 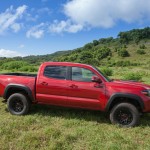 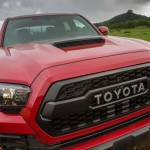 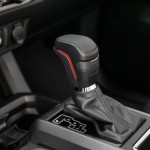 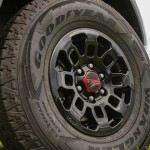 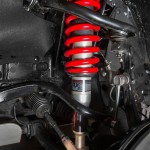 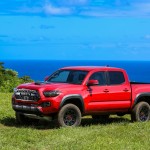